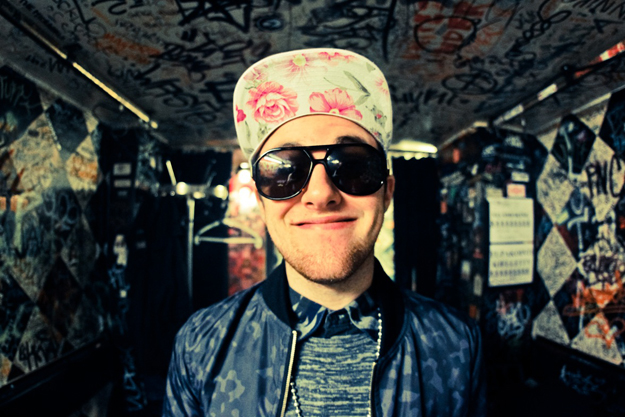 When Point Breeze native Mac Miller’s debut album, Blue Slide Park, instantly topped the Billboard 200 in November, it was an almost unprecedented premiere. BSP is only the second independently distributed debut to ever kick off at No. 1; it has been 16-plus years since the last act, gangster group Tha Dogg Pound, managed the feat.

The key difference? The West Coast rappers had already appeared on multiplatinum albums by Dr. Dre and Snoop Dogg. Mac Miller, only 20 years old, has mainly appeared on YouTube and Twitter. Relying on the strength of videos like “Donald Trump” (more than 40 million views) and “Frick Park Market” (more than 15 million views)—as well as an army of 1.4 million Twitter followers—Miller’s concerts were selling out long before BSP arrived. Industry insiders point to Miller as evidence that self-promotion and social media can be big business; Pittsburghers, meanwhile, see Miller as another proud herald of our city’s growing rap scene.

Shawn Israel, the long-time local DJ with over twenty years of airtime at nearly a dozen local stations, has this parlor trick that he does. Actually, to call it a trick diminishes it a bit. It’s more a feat of incredible recall. Starting in the early 1960s and going until at least the 90s, Israel can name every song that reached the top of the Billboard Hot 100. And he can do it by date. That is, tell him your birthday, and he’ll tell you — off the top of his head — what the number-one song in America was the day you were born.

He’ll also tell you what day of the week it was, and sometimes he knows the top album, too.

“Working in radio,” he explains, “you have some time to kill. You look for stuff to read, and inevitably you come across the singles guide or the album guide. You start pouring through, and music being music, there’s a lot of times you can make emotional connections.” He says the skill developed over the course of about five years, without ever sitting down to try and study or memorize. “At some point, it sunk in, and it sunk in pretty well.”

In honor of Pittsburgh-born rapper Mac Miller’s chart-topping debut last November, PM sat down with Israel to talk chart history and find out which other ‘Burghers made a splash on Billboard. And, of course, to put his total recall to the test. Not that we didn’t trust him, but we double-checked his answers. Of course, every one was correct.

PM: All right, let’s get to the quiz. My birthday is 2/14/85.
SI: That means you were born on a Thursday, and the number-one hit when you were born would’ve been “Careless Whisper”, by Wham.

A classic, obviously. My girlfriend is 7/15/84.
So she would’ve been born on a Sunday, and the number-one hit when she was born was “When Doves Cry”, by Prince.

What was the first new number one of the 1970s?
“Raindrops Keep Fallin’ On My Head,” B.J. Thomas.

And the last?
“Escape (The Piña Colada Song),” by Rupert Holmes.

All right, you definitely pass. Now, the matter at hand. Mac Miller’s Blue Slide Park was the first number-one album by a Pittsburgher since Christina Aguilera’s …uh… Back to Basics, in 2006. Could you name the first time that a Western PA native topped the charts?
Probably Perry Como. Over the course of his career, I think he had 14 number-one hits. The other possible candidate is Billy Eckstine. He was an R&B, big band, swing singer. Very popular in the 1940s.

Who’s the most successful ’Burgher in terms of chart performance?
Of the “Rock and Roll era,” [Editor’s Note: the term for all popular music since the advent of rock and roll,] according to Billboard, Bobby Vinton. Now that’s talking about singles output. If you’re talking about albums, you could include Henry Mancini, George Benson, Christina Aguilera. But just on singles, Bobby Vinton. Four number ones.

Who’s second behind Vinton?
This is just a semi-educated guess. I would say The Vogues. Four top-ten hits. Or Henry Mancini. He had a number-one hit with the “Love Theme from Romeo and Juliet.”

How about more modern artists? Who would be the most successful contemporary local?
Definitely Christina Aguilera. She’s had four number-one singles, six of her albums have made the top ten, a couple at number one.

Now what if we count Poison, because of Butler’s Bret Michaels?
They had a lot of hits in a short period. We’re talking about 1987 to early ‘91. So you’re only talking about three and a half years. But they burned up the charts pretty well, they had seven top ten hits. “Every Rose Has Its Thorn” was their only number-one.

Donny Iris never topped the charts, did he?
Never had a number-one, though he came close as a member of The Jaggerz. “The Rapper” got to number two. He hit the Top 40 three times: “Ah! Leah!,” “My Girl,” and “Love is Like a Rock.” So he made an impression.

We haven’t really talked about anyone from the last twenty years, other than Aguilera. Am I forgetting anybody?
Not until Wiz Khalifa. Rolling Papers was a number-two album, “Black and Yellow” was a number-one hit.

And chart-topping hip-hop from Pittsburgh is a brand new thing, right? There was an underground scene, but not really any mainstream success.
This is a new phenomenon. We were perceived — and for good reason — as a rock town. And that has started to change, definitely. What they have now that previous acts didn’t is greater viral access, and smaller record companies that are embracing technology and know how to use it very well. It seems that there’s a level playing field for small companies.

This article appears in the February 2012 issue of Pittsburgh Magazine.
Categories: Arts & Entertainment