PNC Park vs. Everybody

After more than 7,000 days in the wilderness, Pirates fans let out a collective roar that rattled the Reds. 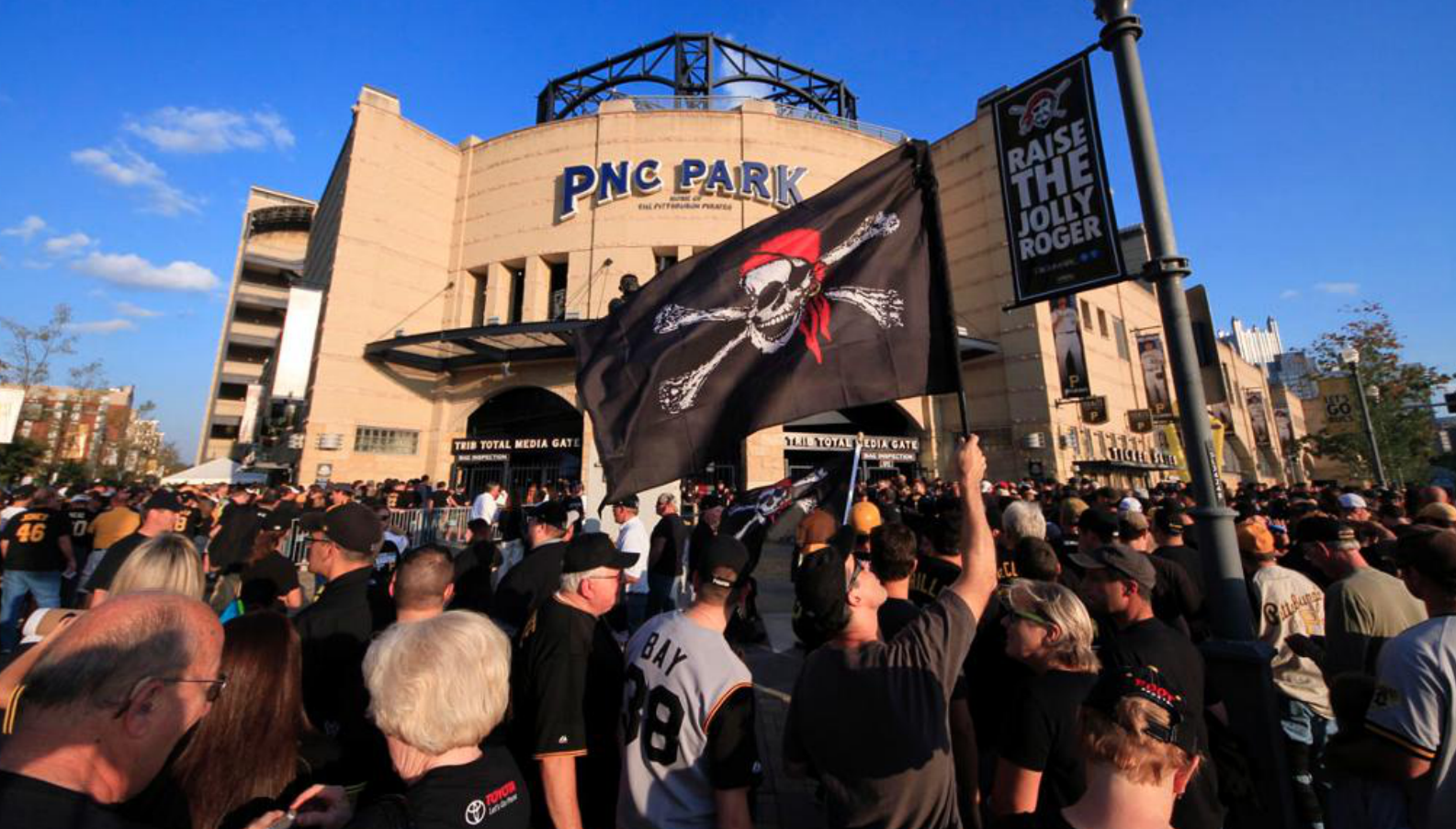 The record-breaking crowd arrived at PNC Park last night ready to make noise. There were enough banners and Pirates flags to rival a European soccer match. There were so many handmade signs that the place resembled a WWF Monday Night RAW show from the early 2000s.

These fans were ready to revel in Pittsburgh’s first playoff game in 21 years. They were determined to turn it into a madhouse.

When the full Pirates roster, from the trainers to the pitchers, was introduced in the pre-game ceremony, the announcements coming through the loudspeakers were lost in a sustained roar. As Petrina McCutchen, Andrew’s mother, sang the national anthem, the crowd was unable to resist the urge to join in. And when Francisco Liriano finally took the mound and promptly mowed down the top of the Reds batting order, the fans whooped for every strike and exploded at every out. 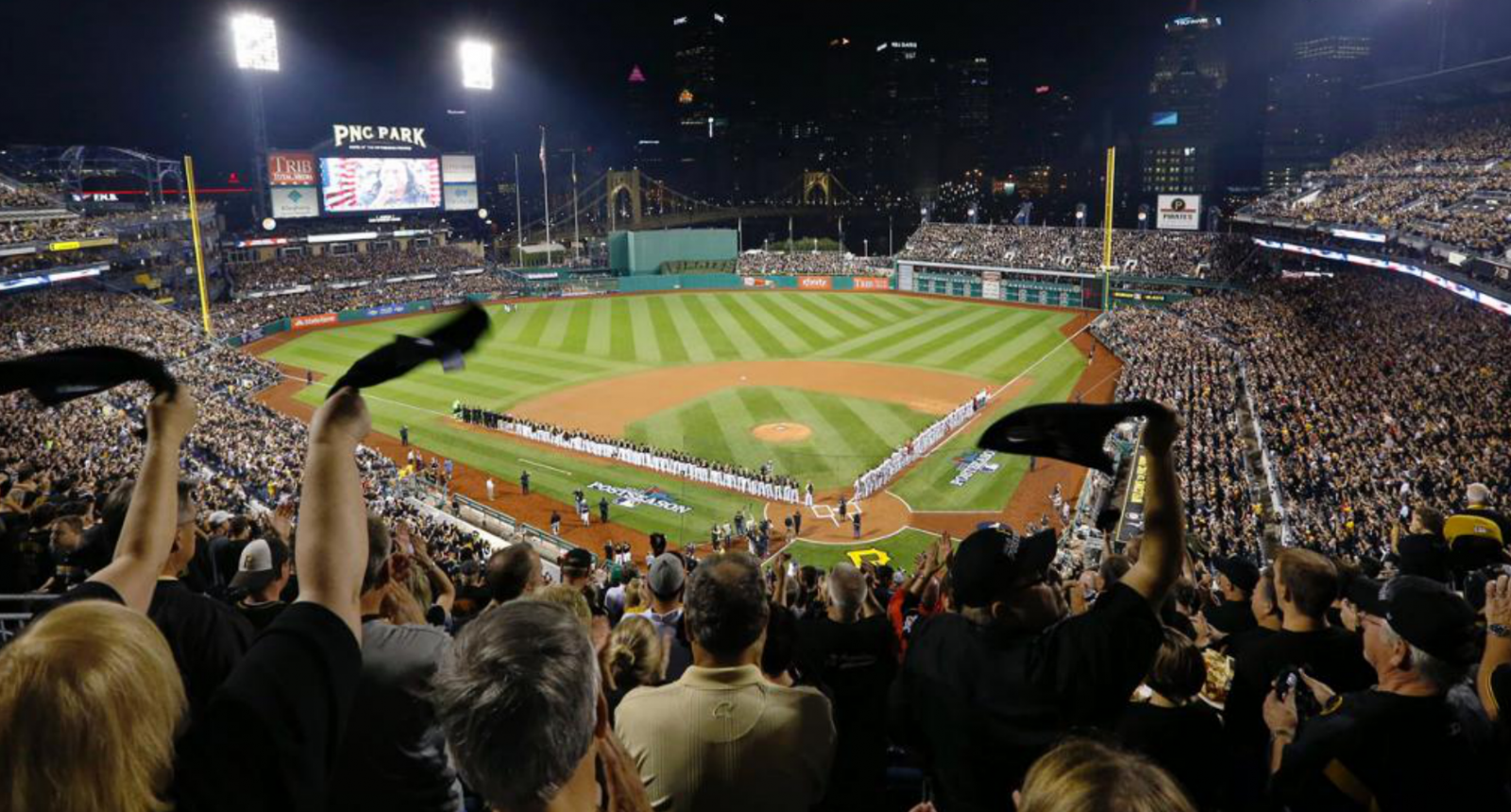 Then, in the bottom of the second inning, Marlon Byrd led off with a no-doubt-about-it home run that ignited the 40,000-plus crowd once again. As the energy pinballed around the stadium, some small group — it sounded like it was upstairs, above the infield — began razzing Reds starter Johnny Cueto. The jeers spread almost instantaneously; within a pitch, every section was soaked in a deafening refrain of, “CUE-to, CUE-to, CUE-to.”


Despite injury struggles this year, Cueto has been a dominant force for Cincinnati and holds the best record of any opposing pitcher at PNC Park. But when the Pirates fans started in on him in the second inning, he seemed shaken. Perhaps it had more to do with the blast he’d just allowed to Byrd (followed by a well-hit flyout to Alvarez,) but at the moment the jeers really set in, Cueto began his windup … and dropped the ball on the ground.

Then he picked it up and served a perfectly crushable fastball to Russell Martin, who launched it into the left-field seats.

For the rest of Cueto’s outing — during which the chants never ceased — he repeatedly wandered off the mound, looking at his infielders and into the outfield as if searching for assistance from the onslaught. By the time the presumptive ace was removed in the top of the fourth inning, the Pirates had a 4-1 lead they would not relinquish.

The overwhelming response of Pittsburgh’s long-dormant baseball fanatics is one story from last night’s game. The two homers smacked by Martin — who became one of only two men to homer twice in a postseason game in the city of Pittsburgh, after Mickey Mantle — is a big part of this famous win, too. 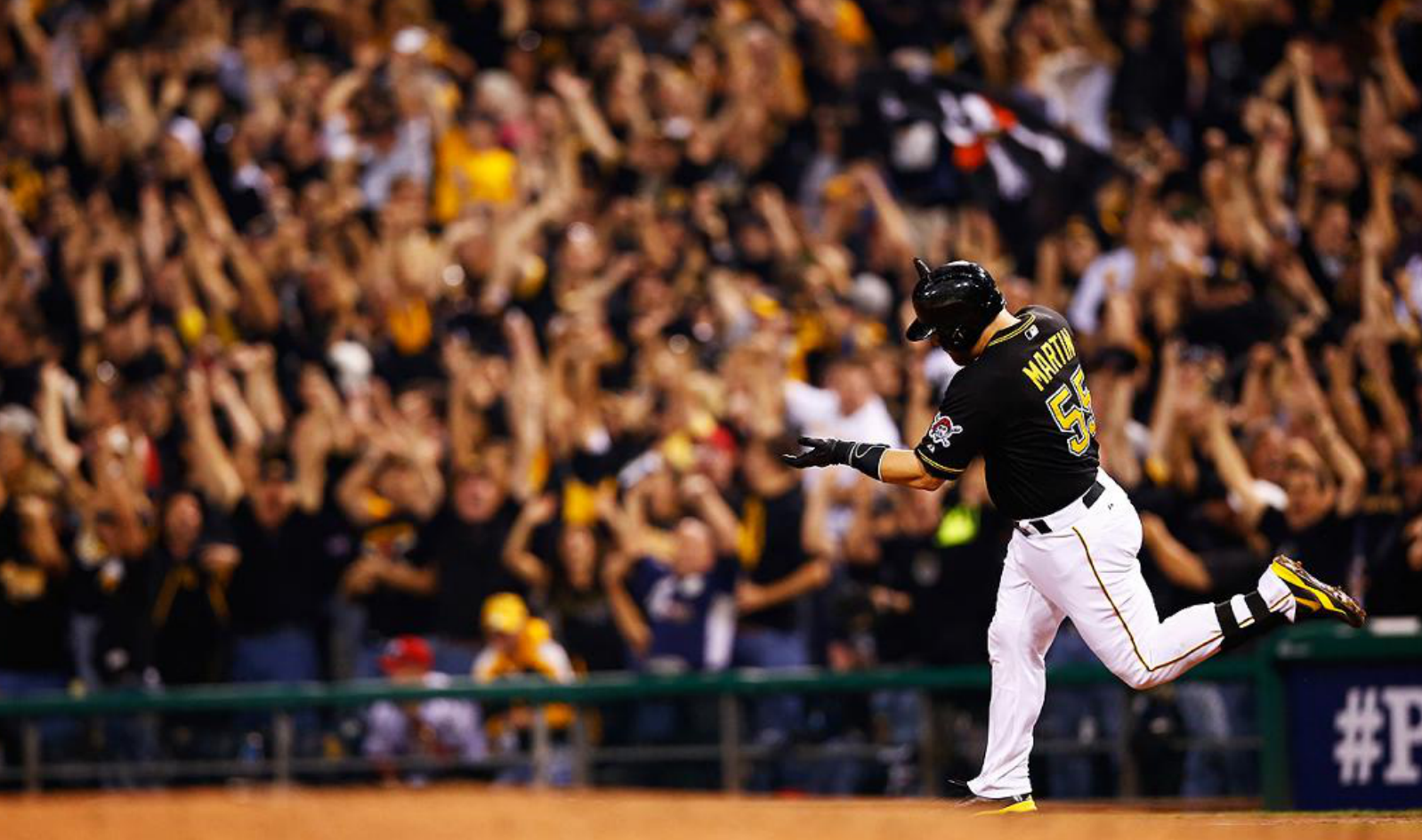 But the most heartening sign in a night full of them can be found with a glance at the box score. The contributions weren’t limited to Martin, Byrd and Liriano; everyone wearing black and gold did their part last night. Neil Walker was 2-5 with a run and an RBI. McCutchen went 2-3 with a pair of walks and a run. Pedro Alvarez sacrificed in the third to score the deciding run. Morneau, 1-4 with a walk. Even Liriano himself notched a hit, something he is generally disinclined to even attempt.

And the Shark Tank … well, the Shark Tank was the Shark Tank. Tony Watson did allow a homer to Shin-Soo Choo and a wonky ground-rule double to Ryan Ludwick (a reminder to fans: uh, don’t touch balls in play, please), but then he promptly shut down the Reds’ threat with a pair of groundouts. And Jason Grilli, who entered to an ovation as uproarious as any heard Tuesday night, finished off the Reds with three outs on only seven pitches.

Tuesday night’s unforgettable game has already ascended into the pantheon of legendary moments in Pittsburgh’s storied sports history. As a preview of the postseason to come, however, it almost certainly proved that no field will be as unfriendly to opposing teams as PNC Park will be this October. And it showed that the Pittsburgh Pirates, now fully cleansed of their historic losing streak, are poised to compete with any lineup in Major League Baseball.

We want to hear from you. Where did you watch the game and what did it mean to you? Let us know in the comments.