Only $38.50 to display your special message on the Jumbotron? This is too good to be true. 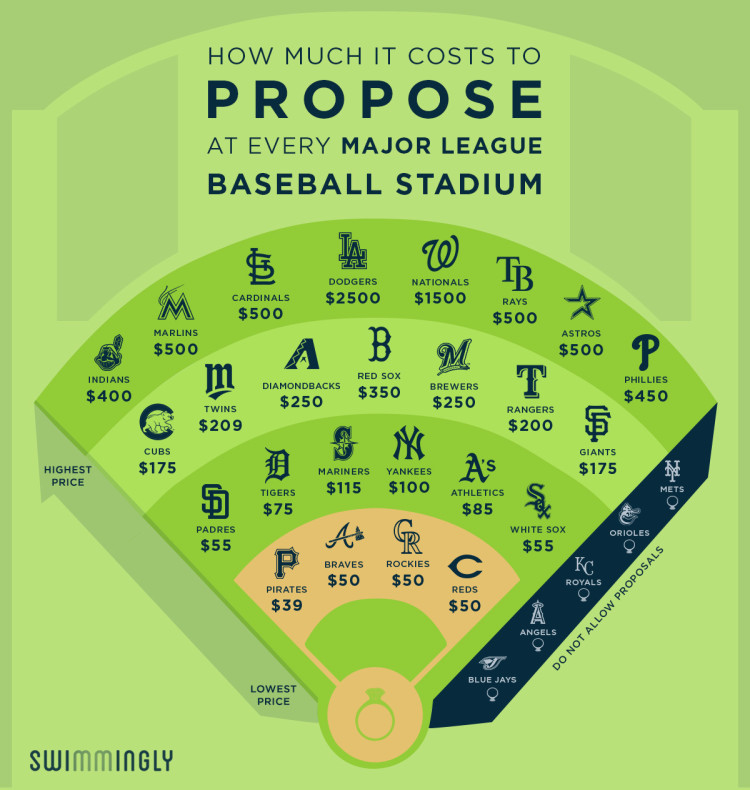 In addition to boasting some of the MLB's cheapest tickets, the Pittsburgh Pirates also rank low on another list: public-proposal rates. While some ball parks can charge brazen suitors as much as $2,500 to display the message on the Jumbotron — while adding other special touches — the good folks at PNC Park keep it simple, charging a whopping $38.50 to show the proposal.

That's so Pittsburgh: Spend innumerable dollars on dinner, a horse-drawn carriage ride and candle display — or get down on a bended knee inside a packed ball park?

We predict a surge in public proposals. It's only Opening Day, so give it some time; romance doesn't happen overnight.

#Props: Where are all the 'young adults'? Pittsburgh, says Business Insider

It doesn't matter if they've lived here their whole life, come to attend school or pursue a career opportunity. Pittsburgh's "young-adult population" is thriving. But we didn't need to tell you that — the evidence is in the developments coming out of the booming tech, medical, education and restaurant scenes, to name but a few.

The latest person to take notice: Pete Saunders of Business Insider, who notes that we're the top metropolis growing the "critical demo." We're OK with the recognition – but to be fair, we'll acknowledge Saunders' "caveats [that] apply here":

"This looks at net growth, first of all, and does not delve into the subtleties of migration.  This doesn't take into account differences in birthrates between metros.  Not all metros are growing college-educated young adults equally, even if they grow more young adults absolutely.  Also, if I had more time I'd establish a ratio for metro areas separate from the national rate, and the results might look a little different."

For all Yinz anglophiles who yearn for an excuse to get your Jane Austen on, here’s one: The Sojourner House will hold its 10th annual Victorian Tea April 6 at the Grand Hall at the Priory. This tea party isn’t all about cuppas and crumpets — it’s also a chance for the East Liberty-based rehabilitation center to teach the public about its work helping substance-addicted women and their children. The event will feature a raffle, silent auction and inspiring stories of some of the Sojourner House recovery-services beneficiaries.