Playoff Blog: So, About This Past Weekend

The Pirates’ pivotal series against Cincinnati offered little insight on the Bucs’ postseason viability. And the playoff picture remains murky. 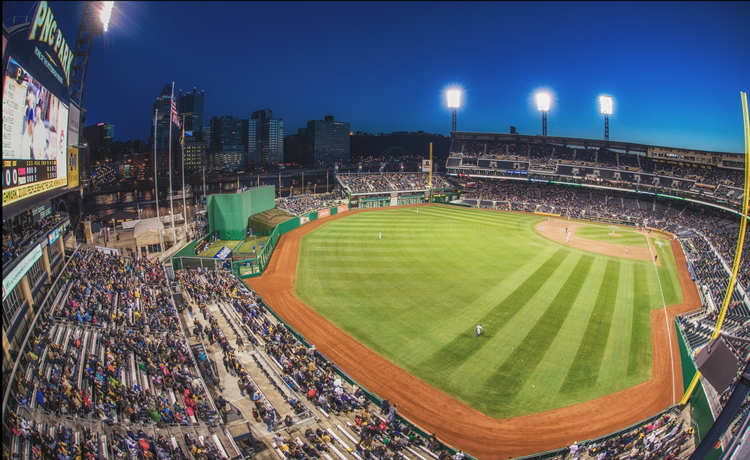 Aside from the standings and the seeding entering the playoffs, the three-game set between the Pirates and Reds that closed PNC Park for the regular season should have given fans a chance to evaluate what a high-stakes showdown against Cincinnati would look like. Instead, the Pirates lost two of three in a bewildering series that offered few points for prognostication.

On Saturday night, the Bucs won exactly the sort of game that could drive them deep into the postseason: a close pitcher’s duel edged out by A.J. Burnett, with just enough offense to earn a win.

Yesterday, a sellout crowd witnessed a loss as sloppy and disheartening as any in the most dismal years of the losing streak. A clueless starter gave up five runs before anyone could finish a hot dog, with more plate appearances wasted than seized.

As for Friday, I still don’t know what happened that night. The Pirates came within an out of a win that would’ve made them look, fairly definitively, like the better team. A bizarre error, a meltdown on the mound and some timely hitting from the Reds’ sluggers — all exacerbated by some questionable (at best) managerial decisions — left the stunned Pirates shaking their heads at a patently unnecessary lost for the second time in a week.

The optimist will point out that, with the exception of five key innings — those would be the 9th Friday, and the first and last two Sunday — the Bucs certainly outplayed their N.L. Central rivals. The pessimist will respond that the amount of mistakes and missed chances in the past week do not reflect a team poised to make a run at the pennant.

Fortunately, the Washington Nationals dropped one half of a doubleheader to Miami yesterday, reducing the Pirates’ magic number to two. (Bringing down a magic number while also losing 11-3 has got to be a rare achievement, and it is roughly as impressive as Homer Simpson’s big at-bat to win the power plant softball game.)

That makes it almost a guarantee that the Pirates are indeed headed to the postseason. And in any October game, Hurdle and his Buccaneers can at least be trusted to avoid some of the more basic errors that hurt them this weekend, such as neglecting to make key defensive substitutions in the 9th inning and handing Jeff Locke a baseball.

No one should be putting their playoff tickets on StubHub as a result of the last three games. But this was not the weekend the Pirates needed.