Play and Learn (but Mostly Play) at the History Center 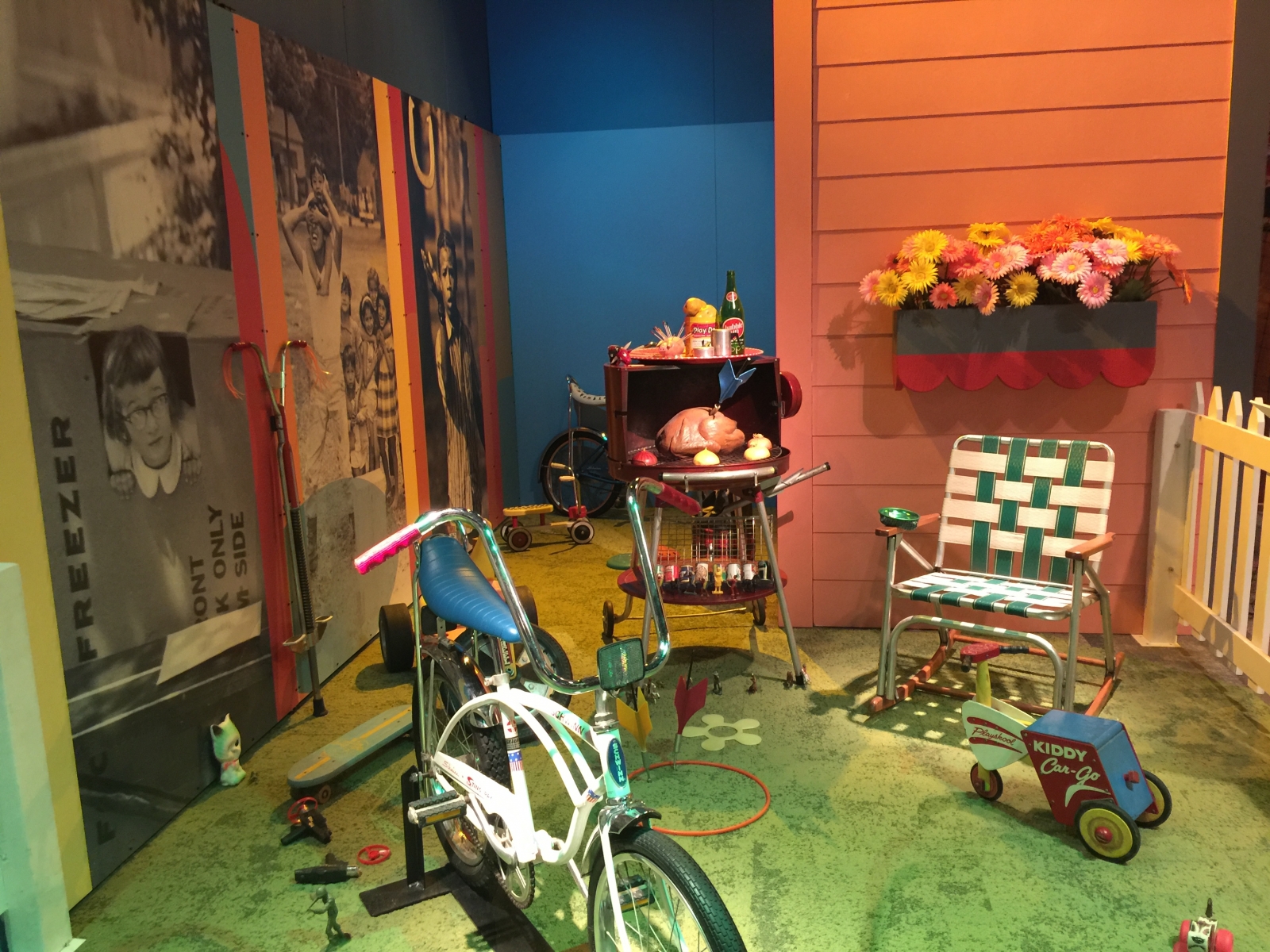 The shelf of my office is lined with more than 50 WWF action figures manufactured by Hasbro in the late ’80s and early ’90s. Outside of their original packaging, they’re not particularly valuable; it’s staggering to think, though, that if I had somehow convinced my parents to spring for two of each figure on childhood trips to Toys ’R Us and preserved one, I’d now have a collection worth thousands.

Had we only known — some of those plastic toys we played with in the backyard would appreciate in value to a remarkable extent.

In fact, some have become museum pieces.

“Toys of the ’50s, ’60s and ’70s,” a limited-engagement exhibit developed by the Sen. John Heinz History Center along with the Smithsonian Institution and the Minnesota Historical Society, tells the story of how American children played and created from the beginning of the baby boom through the rise of Generation X. This is no mere toy collection; this shows how the concept of play, and the things we bought (or made our parents get us) to play with, evolved during a key period of American history.

That said — there are also tons of awesome toys. Rare, original “Star Wars” tie-ins, figures of Iron Man and Captain America that predate the Marvel Cinematic Universe by decades, vintage computerized toys, local products, even a collection of toys deemed dangerous or unsuitable for children — there is plenty to gawk at throughout the 8,000-square-foot exhibit. And the space itself is a marvel, divided into lovingly recreated living rooms from each decade; you’ll feel like you’ve stepped into your parents’ family photos.

Perhaps most importantly: You get to play. Toward the end of the exhibit, there are a vast number of toys and games to sit down and play with; good luck getting on with your day when you realize you can stick around for some spirited rounds of Hungry Hungry Hippos, Barrel of Monkeys or Rock’em Sock’em Robots. (I lost a good 20 minutes to Simon during my visit.) Which is to say nothing of the exhibit’s final room: A vintage arcade including playable cabinets such as “Donkey Kong,” “Ms. Pac-Man,” “Space Invaders” and “Centipede” as well as a selection of old-school pinball tables.

Now, you may have concerns about the propriety of going to the Strip District to play with toys. After all, won’t there be children present? Wouldn’t they prefer to play unimpeded by nostalgic adults? Not to worry: each Thursday from March 10-31, the History Center will open from 5:30-8 p.m., with an important caveat: No one under 21 allowed.

You can also peruse the full exhibit, of course. Admission is $10, less than the History Center’s normal adult rate (though you’ll only have access to the Toys exhibit during Playtime).

There are a number of other public programs attached to the exhibit; more info on those is available here. But however you do it, make sure you visit the History Center between now and May 31. If you’re old enough to remember playing with these toys, it’s the best nostalgia hit in town — and if you’re not, it will give you an uncanny look into how your parents grew up.

And let this exhibit be a lesson to us all: Preserve your toys. You could wind up selling them to the Smithsonian.