Proponents say Pike2Bike has the potential to be one of the “most unique recreation trails in the Northeast.” 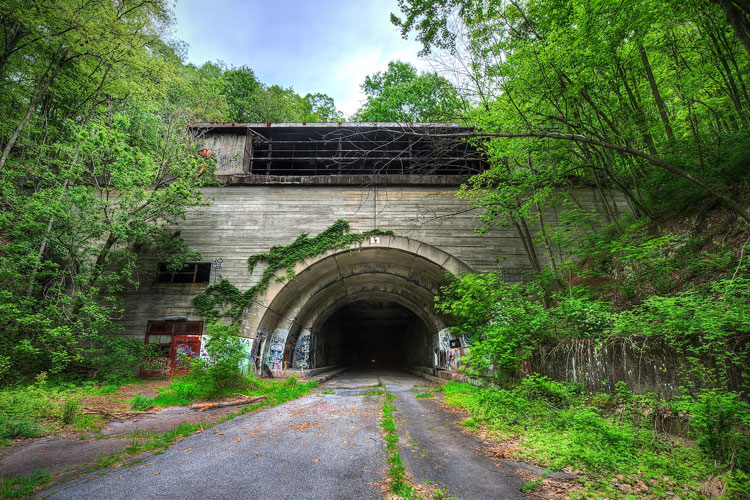 Back in 1968, an 8.5-mile section of of the Pennsylvania Turnpike in Bedford and Fulton counties was rerouted over the mountains, instead of through them, when a two-lane tunnel caused too much traffic to back up.

For a while, this stretch of land from Breezewood to Sideling Hill was used for military training. But after a 2001 attempt to turn the land into a bike trail failed, it was left abandoned. Hikers and bicyclists continue to explore the area at their own risk.

Now, a new effort is underway to make a bike trail a reality. Recently, Pennsylvania Department of Transportation Secretary Leslie Richards and Department of Conservation and Natural Resources Secretary Cindy Dunn rode the proposed Pike2Bike trail to signal their support for the project.

The Pike2Bike trail includes two tunnels, Rays Hill and Sidling Hill.  A potential first phase of the project would include improving drainage and repairing concrete in the tunnels, improving the trail surface and building trailheads east of Breezewood off of U.S. 30 and near the Sidling Hill Travel Plaza on the Turnpike.

Once completed, the Pike2Bike trail would connect to regional trails, including the Great Allegheny Passage, the East Coast Greenway and the 911 Memorial Trail.

"The Pike2Bike has the potential to be one of the most unique recreation trails in the Northeast,” said Brandon Carson, Director of Planning & Community Development for the Southern Alleghenies Planning & Development Commission.

For a better look at the area, check out this drone video shot a few years back.