Planning Pittsburgh's Next Developments for the Long Haul 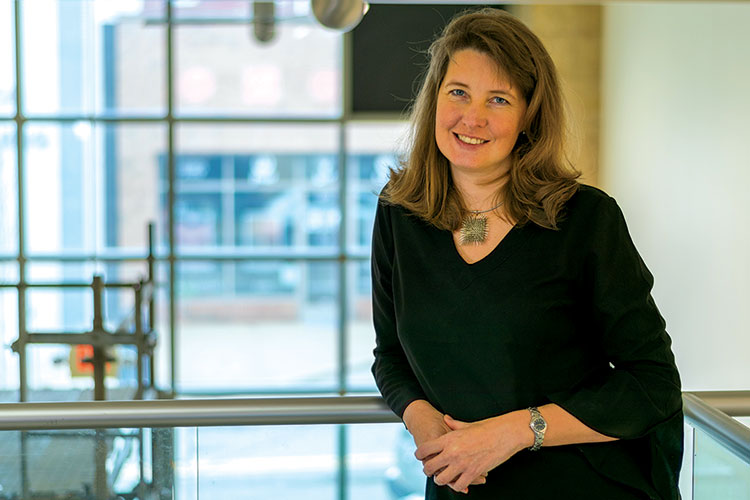 In March 1988, an ambitious teenager named Christine Kochinski volunteered at the Remaking Cities Conference held in Pittsburgh. Organized by Pittsburgh architect David Lewis, the event featured a keynote address by Charles, Prince of Wales, who urged the audience to support community architecture.

While the media focused on the prince’s speech, the teen left the conference with a different image burned into her brain. At a design workshop, urbanists were considering new uses for the abandoned steel mills along the Monongahela. It was a lively, optimistic conversation until an older mill worker came up to the microphone. “Please don’t tear down the mill,” he pleaded, tears streaming down his face. “The steel mill will come back.”

“You have to build the community simultaneously.”

Building community is Mondor’s animating purpose in her various roles in the Pittsburgh design world: She’s the chair of the city’s Planning Commission, a professor of architecture at Carnegie Mellon University and the co-principal at evolveEA, a design firm she started with her husband, Marc.

While Mondor’s work at evolveEA has won plaudits for various projects — including Eco-Districts in Larimer and Millvale, stormwater planning in Heth’s Run in Highland Park and the Centre Avenue revival in the Hill District — it’s her work at the planning commission that ought to be celebrated.

That includes working with the planning department to recognize neighborhood plans and emphasizing green infrastructure and affordable housing.

“[She is] profoundly interested in the systems of our natural, infrastructure and social systems,” says Ray Gastil, the city planning director. “She’s committed to Pittsburgh and the role that planning and design have played in its past and will play in its future.”

When it comes to the future, Mondor and the planning commission’s willingness to say “no” is remarkably refreshing. For years, Pittsburgh was so desperate for development that at times it seemed eager to take almost any project that a financier tossed out.

In January, the commission unanimously rejected a proposal from the Penn Plaza developers to turn the former affordable housing complex in East Liberty into market-rate (read: high-end) condos and a Whole Foods (which later pulled out of the project). Mondor and her colleagues ripped the developer for the lack of a robust community process and other issues.

​Mondor is cautious when speaking about her role on the planning commission, well aware of potential repercussions. But she is keen to emphasize that the community plays a crucial role. “Let’s put our best foot forward,” she says.