A Brew Cinema event at the Hollywood Theater in Dormont pairs a retro movie with a beer tasting. 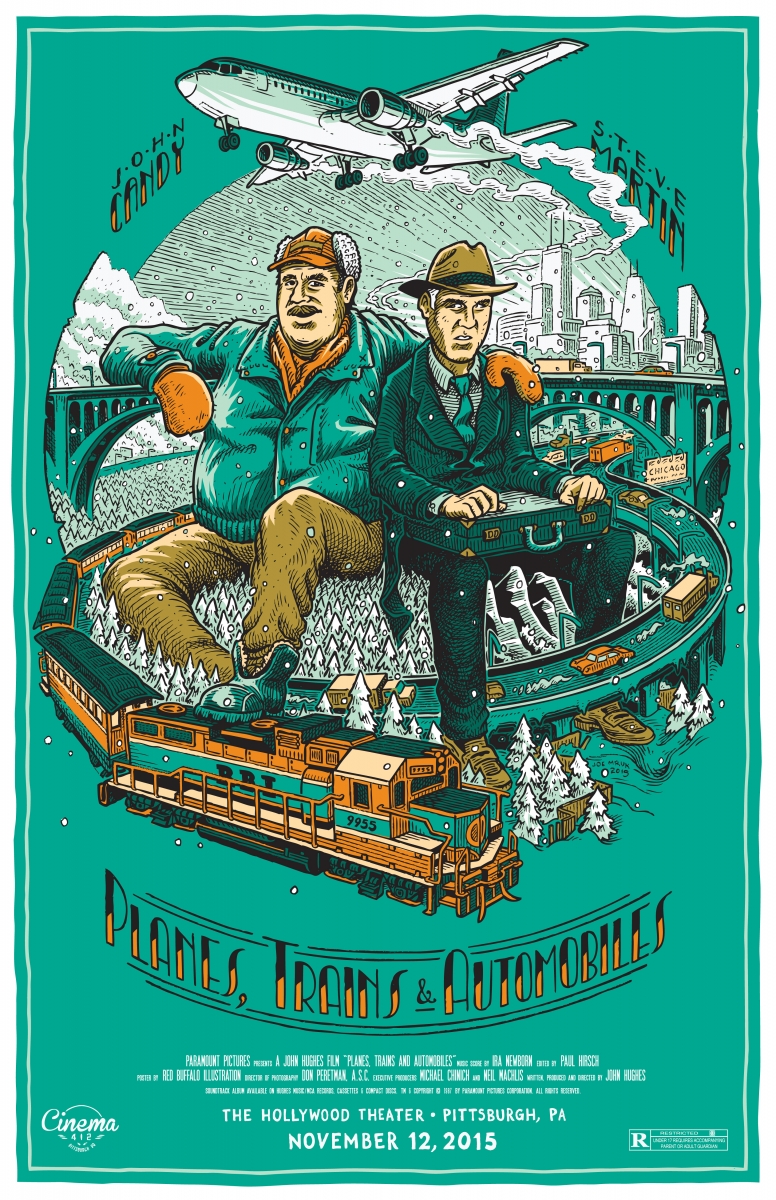 Enjoying a beer inside a movie theater long has been a pleasure reserved for those overseas. The American multiplex was the realm of soda and popcorn; as recently as the 1990s, no theater in Pittsburgh sold adult beverages. That has changed; some area movie houses, including Row House Cinema and AMC Loews Waterfront 22, even have draft beer on-site. But the best way to combine the hoppy stuff with a great film is by making plans to attend a Brew Cinema event at the Hollywood Theater in Dormont [thehollywooddormont.org].

“Bringing in a beer vendor that’s local to the region — and [one that] people may not have tried before — we consider that to be [a] major draw,” says Colin Matthews, founder of event presenter Cinema 412.

Each installment also is a fundraising event for a selected charity (as well as the nonprofit Hollywood itself). November’s beneficiary, Habitat for Humanity, is an obvious choice if you’re familiar with “Planes, Trains and Automobiles.” (No spoilers if you’re not.) Tickets are $10; an additional donation is requested per drink. Custom, screenprinted posters of the month’s film are available for $30, with variants available for $50; Matthews says the very-limited-edition prints usually are the major fundraiser at each event.

"We’re trying to pick movies that really aren’t represented in the screenprinted art world,” he adds. Local illustrator Joe Mruk (also known as Red Buffalo Illustration) created the original “Planes, Trains and Automobiles” poster that will be offered this month. Doors open for the beer-tasting portion of the evening at 6:30 p.m., with the film screening at 8. Tickets are available now at cinema412.org.

In 2003, the downtown art gallery Future Tenant [819 Penn Ave.; 412/567-8861, futuretenant.org] started Future Ten to add a performance component to its visual arts’ offering. Since then, the annual festival of 10-minute plays has become a Cultural District institution, drawing hundreds of submissions from playwrights around the world and regularly selling out each short run. Way back in 2003, 10 minutes was short, and Future Ten was a manic celebration of theater: a handful of experimental short plays strung into an evening of entertainment. Now, with YouTube and Vine broadcasting by the second, 10 minutes seems leisurely. Here, theatrical explorations can breathe. This year, Future Ten will produce six comedic 10-minute plays. The gallery is hosting eight performances: 7 p.m. Nov. 6; 7 and 9 p.m. Nov. 7, 13 and 14; and 2 p.m. Nov. 15.