Pittsburgh's Volunteers and Their Spirit of Giving

12 longstanding local volunteers tell us why they've chosen to donate their time, talent and treasure for decades. 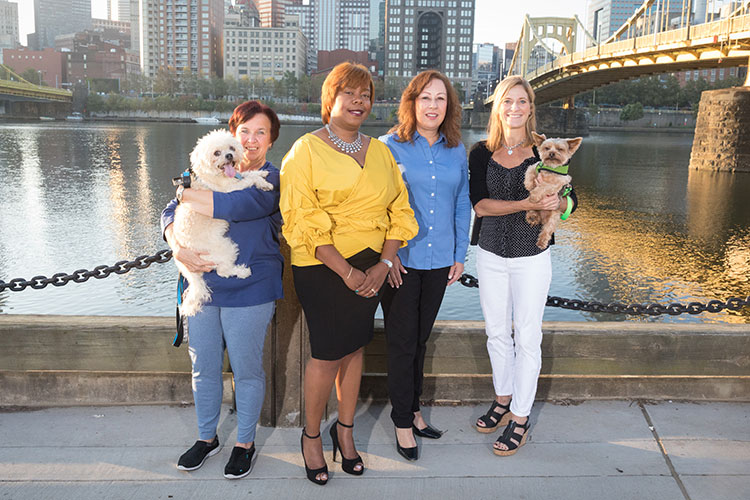 Ask any long-term volunteer what inspires them and you tend to get the same answer: “I just love it.”  For these dozen people, that love has translated into a dedication of not only time and energy, but — without hyperbole — a dedication of their lives. 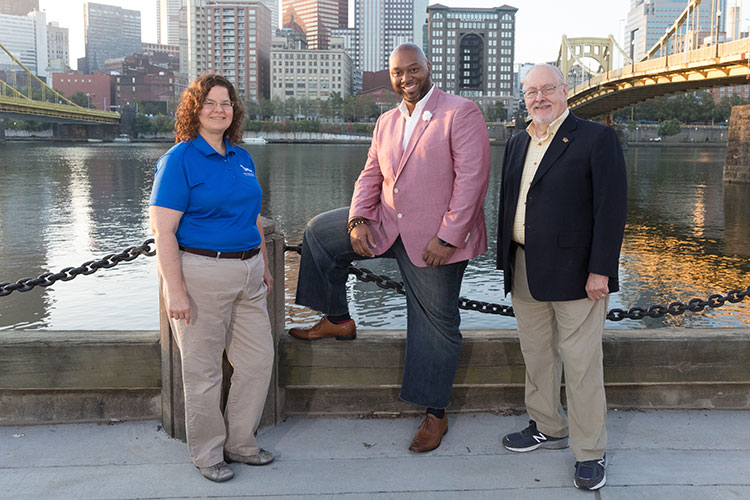 When they’re too tired, too worn out, too busy, too everything to show up and put the time in, they still do. Day in, day out. Evenings. Weekends. Holidays.  Collectively, these 12 Pittsburgh-area residents have donated tens of thousands of hours and more than 200 years of service. 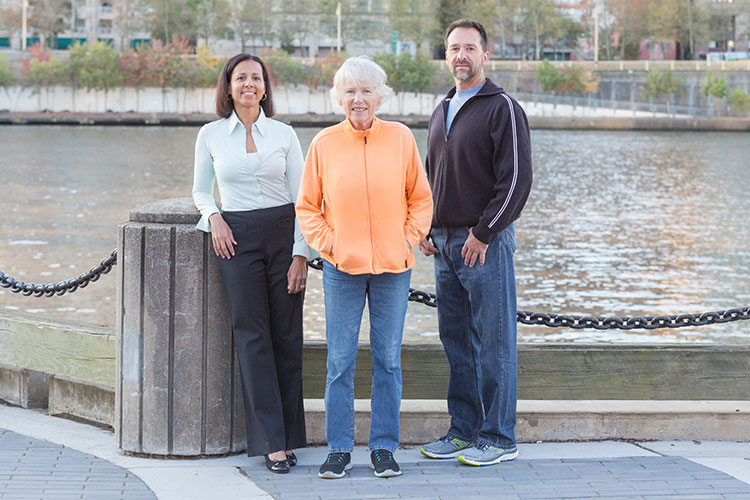 The daily removal of litter; a mountain of worn-out tennis shoes from thousands of shelter-dog strolls; decades of service as a foster parent. Their sacrifices ensure that one of America’s most livable cities remains that way for all, not just some, of its residents.  In many ways, their affiliations and interests couldn’t be more different, but a common thread of selflessness connects them all. 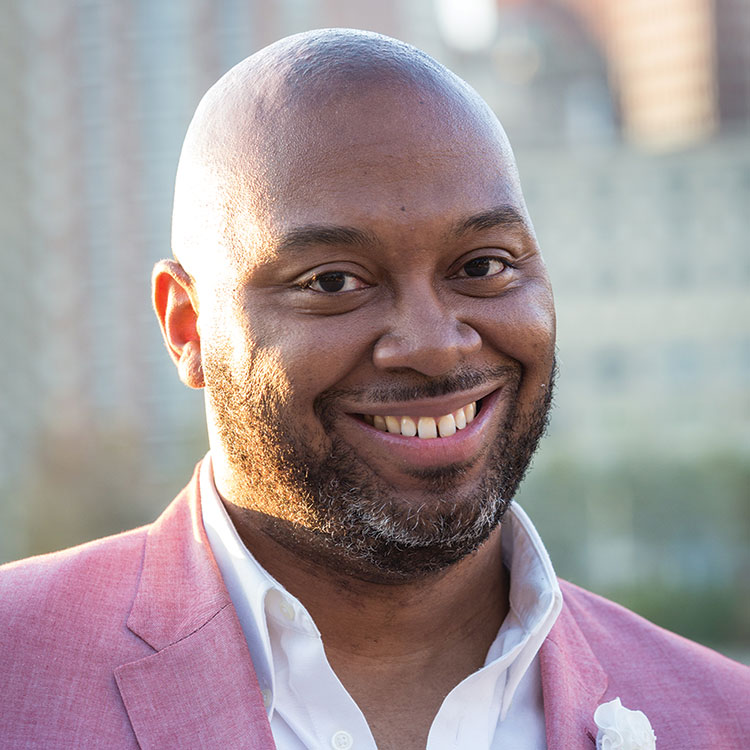 Dr. DeMarquis Clarke, 40
•  Pittsburgh
•  Multiple organizations
•  Years of Service: 30
“I believe we grow most when we’re in relationship with people who are different from us. It’s not just a service; it’s about me trying to grow and evolve and better myself as a human being,” says Dr. DeMarquis Clarke. His evolution began as an adolescent, when Clarke accompanied his mother, Rep. Alyce Griffin Clarke — the first African-American woman elected to the Mississippi Legislature — to support meetings for individuals with multiple sclerosis. Today, Clarke is a licensed marriage and family therapist and CEO of the Center for Relational Change; he advocates for social justice by fighting against sex trafficking, racial discrimination, bullying and poverty, in addition to championing for marriage equality and gay rights. 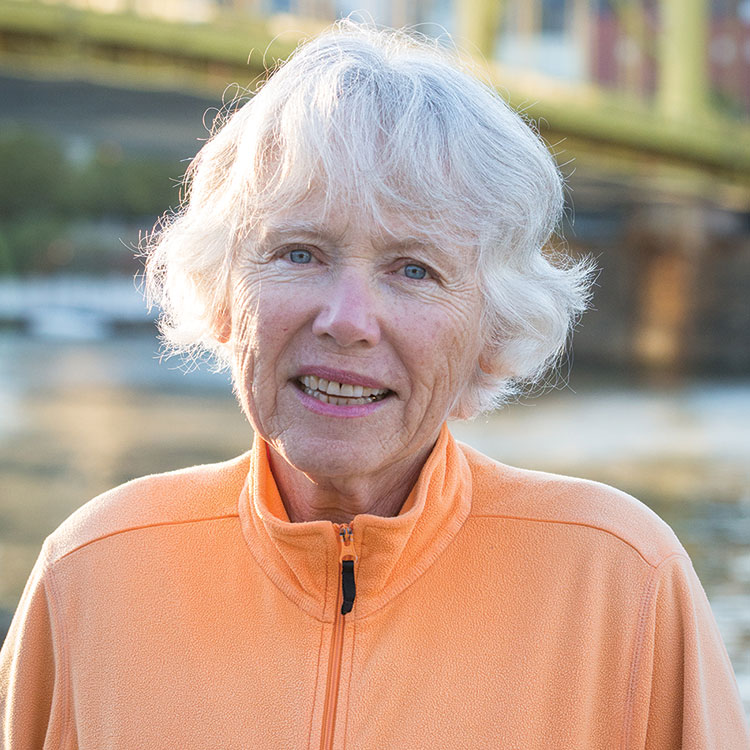 Lynn Glorieux, 71
•  East Allegheny
•  East Allegheny Community Council
•  Years of Service: 25
Lynn Glorieux no longer gets mad when people leave litter around Allegheny Commons Park. After more than two decades of picking it up, she’s resigned to the fact that litter is inevitable. “I’m hopeful that some people will be less likely to throw their wrapper on the ground when they see me picking it up. But I do not hold my breath!” As long as she can walk, she says, she’ll pick up litter. “Instead of ever needing to use a cane, I’m just going to use a broom and dustpan. I can’t imagine not doing it,” she says. 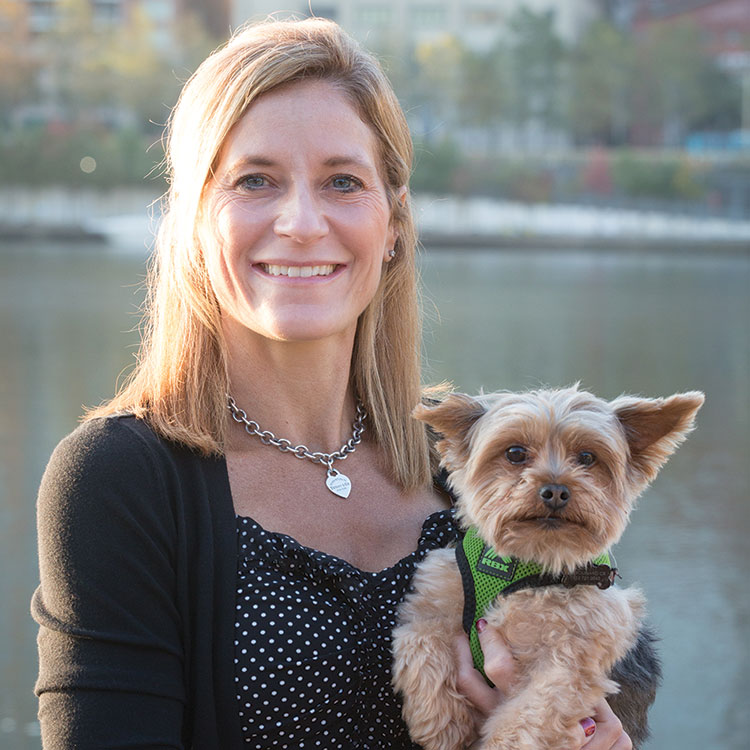 Gail DeMarco, 48
•  Oakdale
•  Animal Friends
•  Years of Service: 25
How many tennis shoes has Gail DeMarco worn out in 25 years spent walking dogs at Animal Friends? “A lot!” she laughs. Pouring rain, blazing sun, freezing cold — regardless of what’s on the weather radar, she’s exercising pooches on the shelter’s trails five, six, even seven days a week. A full-time teacher for Moon Area High School and pet parent to four dogs of her own, she likes to say she’ll hang up her leash “when they wheel me out of there.” “When you go there and go home, it’s such a good feeling,” says the Animal Friends Lifetime Achievement Awardee. “You’re there to make their time better.” 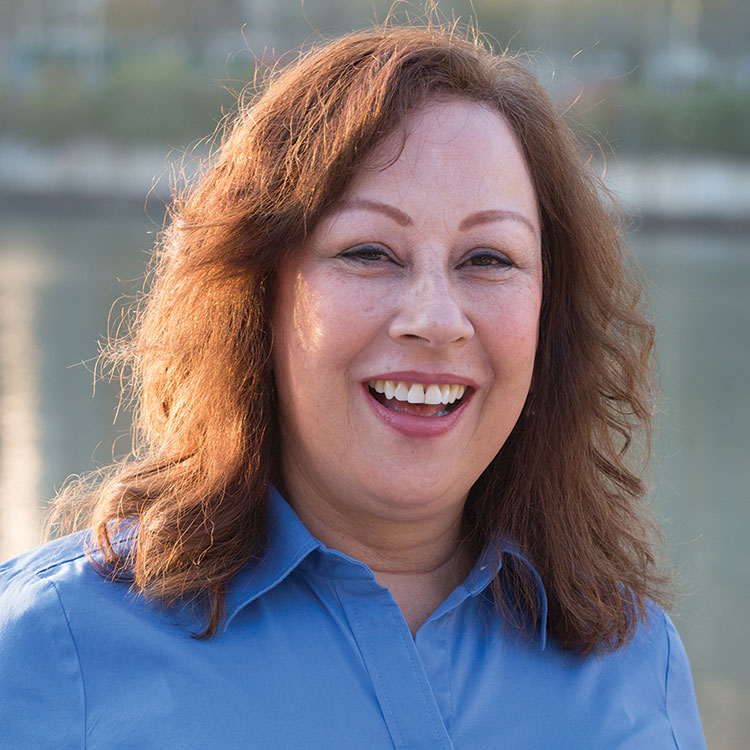 Carmen Malloy, 56
•  Wexford
•  Pittsburgh Metropolitan Area Hispanic Chamber of Commerce, Salvation Army, Big Brothers Big Sisters
•  Years of Service: 30+
Did Carmen Malloy think she’d spend more than three decades of her life helping others? “No,” she says, adding that a family member might’ve guessed her future dedication to service: “But my mom saw it within me!” By day, Malloy — a native of Colombia — works as a consultant and customer relations specialist at Peoples Natural Gas Co.; on evenings and weekends, you can find her spending time with her “Little,” the young person she’s paired with, at Big Brothers Big Sisters, taking mission trips to Guatemala with Saint Richard Parish, working with the Salvation Army and promoting Hispanic cultures as president of the Pittsburgh Metropolitan Area Hispanic Chamber of Commerce. “It’s such a passion to be able to help someone out,” she says. “I never see it as work, that’s for sure.” 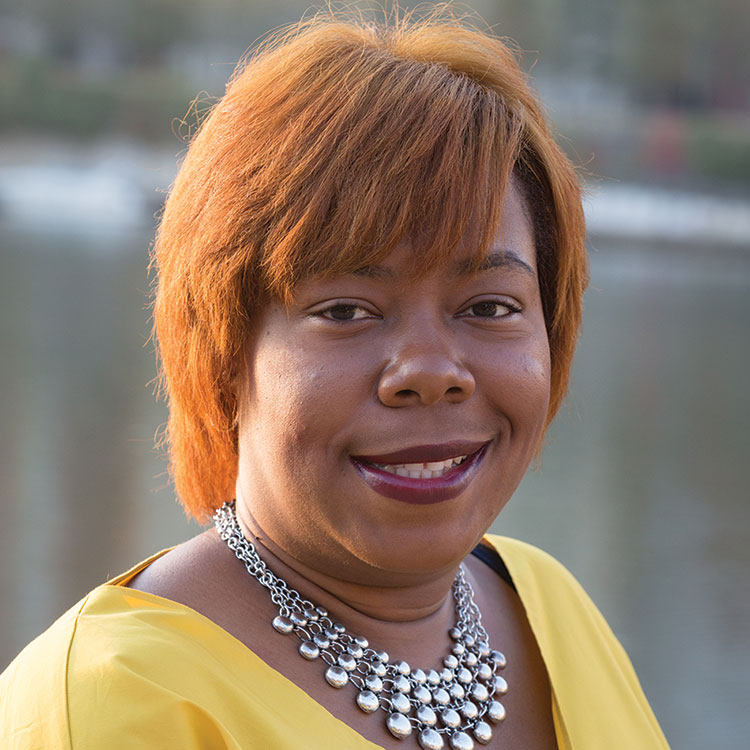 Loleda Moman, 42
•  Observatory Hill
•  Northside Commons Ministry, Northside Christian Health Center, Fineview Citizen’s Council
•  Years of Service: 10
Loleda Moman tried to move away from the North Side. She gave other communities in Pittsburgh a chance. There’s just something about her hometown neighborhood, however, that keeps her coming back. “My heart was with the North Side,” says Moman. “I can’t really explain why. I just know it’s a community of people I am definitely connected with.” That connection also includes serving on the board for the Northside Commons Ministry and as director of the Care Connections Ministries at Allegheny Center Alliance Church. “I want to make sure we’re not leaving any gaps,” she says. “I see myself as the bridge.” 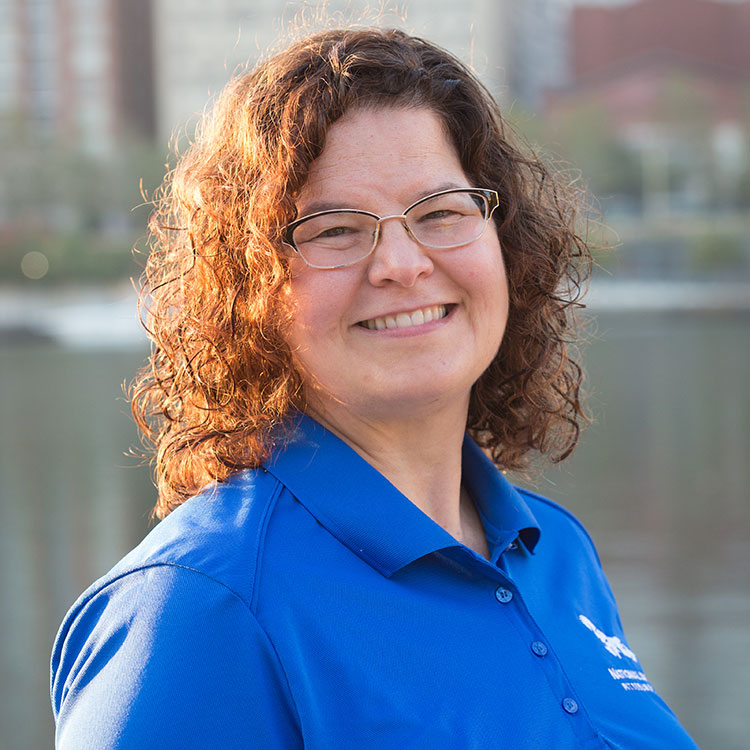 Gail Newton, 53
•  Port Vue
•  National Aviary
•  Years of service: 12
It all started with a family vacation to Florida, where Gail Newton swam with the dolphins at Discovery Cove. “It was such an incredible experience to be that close to nature,” she says. “It made quite an impact on me.” A complete career change for the program manager at the Software Engineering Institute of Carnegie Mellon University wasn’t in the works, but dedicating more than 5,000 hours of service over the past 12 years at the National Aviary was. Having started as a docent, she’s now an educational volunteer, teaching guests onsite and at outreach programs about the facility’s approximately 200 species (with a soft spot for the African penguins). 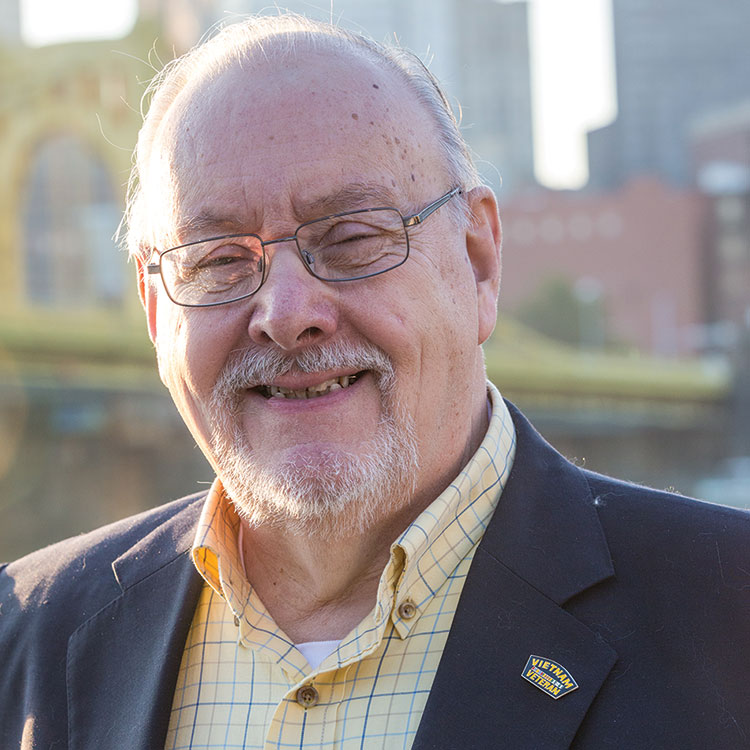 Jack Sheehan, 78
•  North Hills
•  Heinz History Center
•  Years of Service: 10+
So, what inspired Jack Sheehan to volunteer more than 4,400 hours at the Heinz History Center over the past decade? “There’s a secret code in the marriage contract that the wives never tell the guys about. When I retired, my wife read it to me. It said, ‘Now that you’re retired, you have to find to something to do,’” he laughs. Which is a good thing, because the Vietnam War veteran and former major in the Army has brought history to life for thousands of students through the art of storytelling. “I like to talk about the ‘what’ — but the real key is, ‘so what?’” he says. 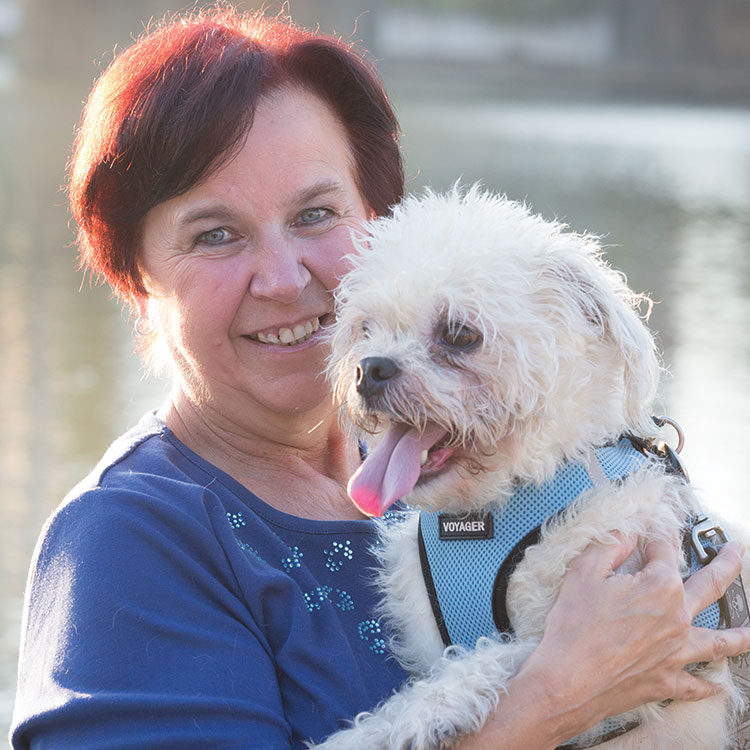 Carol Radzanowski, 66
•  South Side
•  Animal Friends
•  Years of Service: 25+
Carol Radzanowski has logged a total of 27,000 hours over more than 25 years of volunteer service at Animal Friends. “Hey,” she says. “If you like it, it doesn’t seem like work.” That work, which began when the facility was located in the Strip District, has earned her the Animal Friends Lifetime Achievement Award — but more importantly, the newest addition to her family: a cairn terrier/lhasa apso/poodle mix named Jesse Luke. “I’m looking around my house and don’t see any photos of my daughter, Heather, but I do see a lot of Jesse Luke!” she laughs. 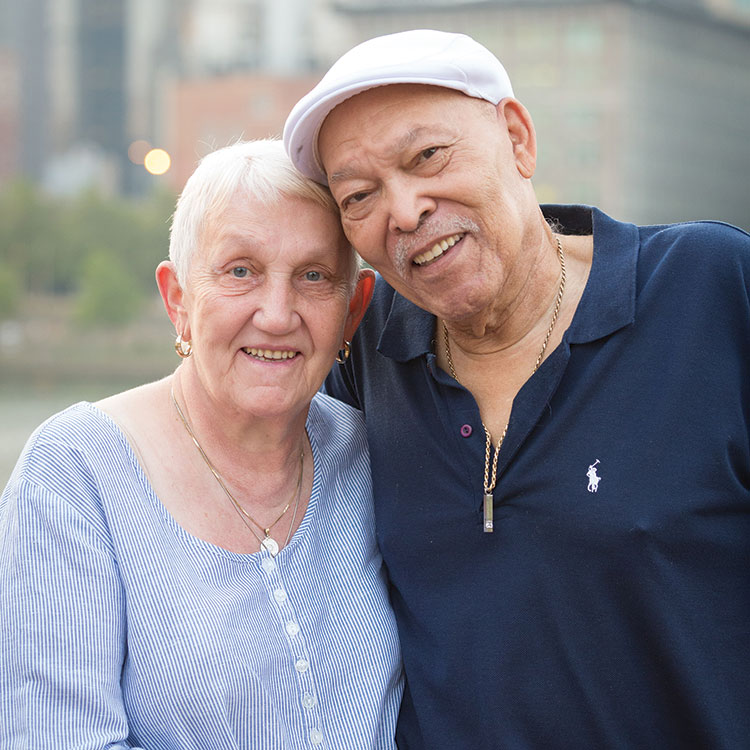 Patricia Taylor, 72
James Taylor, 79
•  Penn Hills
•  Pressley Ridge
•  Years of Service: 27
When their own five biological children were grown, a friend suggested Patricia and James Taylor try foster parenting. “Lo and behold, what started out to be a job — which it is — turned out to be a love affair with our boys,” says Patricia. The Taylors, both cancer survivors, ended up adopting five — Shawn, Anthony, Robert, Dane and Jordan. “They’re honest, they have character, they’re hard working, they’re not a burden on society and I’m very, very proud of them,” she says. In July, Patricia traveled to Washington, D.C., to testify in front of the Senate Special Committee on Aging, championing the importance of medical assistance and funding for the elderly and foster children. 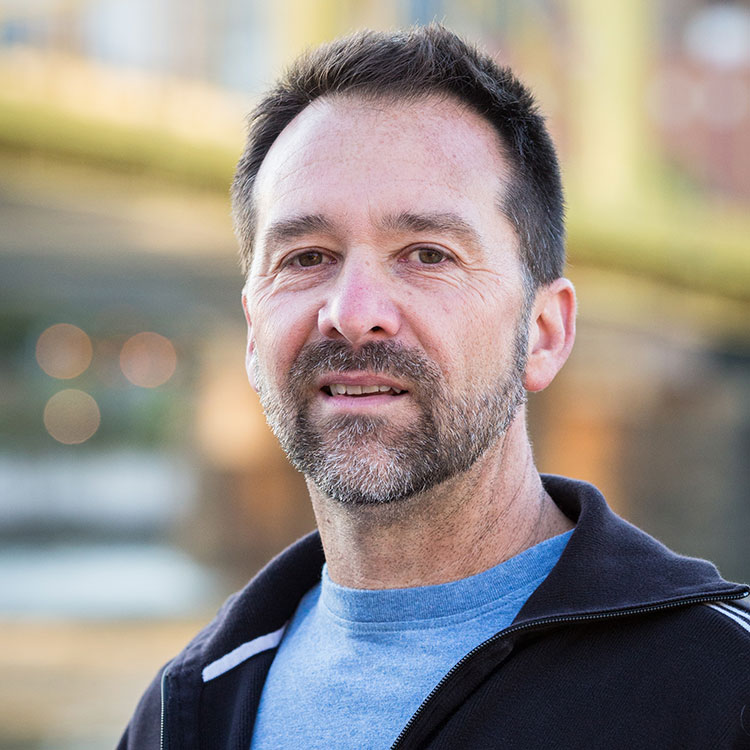 Greg Mutinelli, 54
•  Greenfield
•  PERSAD Center
•  Years of Service: 18
Recruiting donating artists and acquiring their work for PERSAD Center’s annual art auction, Art for Change, isn’t something Greg Mutinelli does last-minute — on a whim, or as an afterthought. If he’s in Ligonier and sees something he likes, he’ll contact the artist. If he’s Downtown, same thing. It’s a passion that will soon eclipse two decades — during which he has successfully solicited donations from globally known artists — which couldn’t make him any happier. “I love art, and I love PERSAD,” he says. “I just want to know that I gave everything that I could and I did the best job that I could and that I am thought of as somebody who cared. And I cared a lot. I still do.” 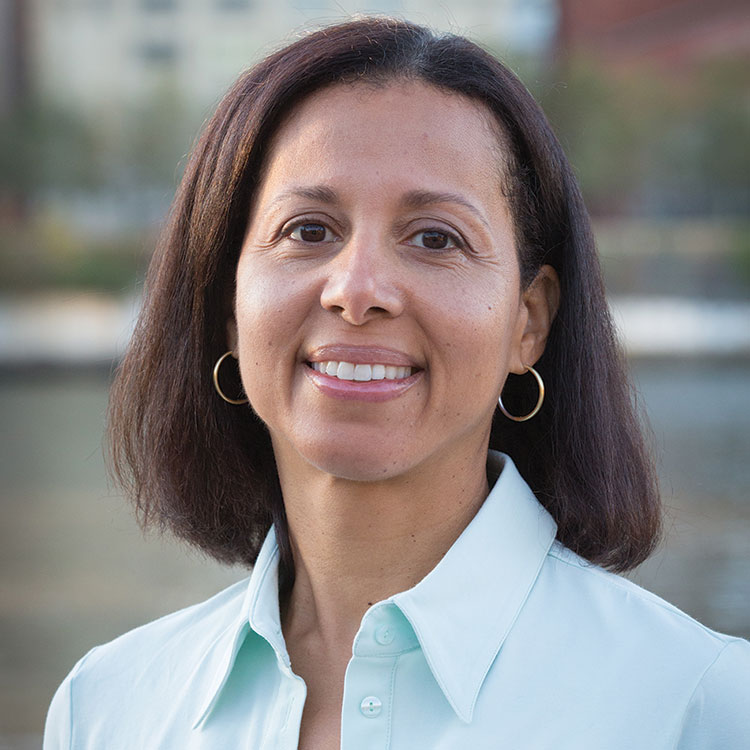 Lara Washington, 50
•  Squirrel Hill
•  Buhl Foundation, Vibrant Pittsburgh, All Star Code, Landmarks Development Corp.
•  Years of Service: 12
“Volunteering allows you to express yourself,” says Lara Washington. “You invest time in the things you care about — and it helps you to stay focused on what you think is important in your community.” For Washington, the president of the Allegheny Housing Rehabilitation Corp., those things include celebrating the strength of Pittsburgh — but also working with different organizations, such as the Buhl Foundation, Vibrant Pittsburgh and the All Star Code, to help even out disparities and level the playing field for people who come from different socioeconomic circumstances. “I was excited to emulate the example that was set by my parents, [Milt and Nancy Washington], and see how I could help — and what I could learn through volunteering,” she says.

This article appears in the November 2017 issue of Pittsburgh Magazine.
Categories: From the Magazine, Give Pgh