Pittsburgh's Top 10 Things to Do in November 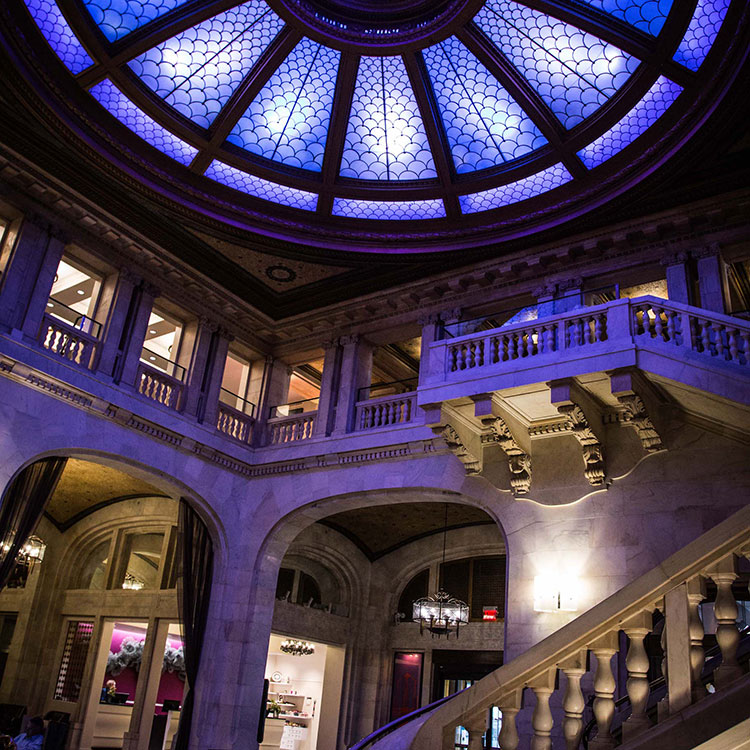 Nov. 2-3/ Halloween was last month, but who cares! Spooky season forever! Ghosts, ghouls and goblins for life! Or, afterlife. Extend the scaries into November and join Ghosts N’at for a Ghost Hunt held in the historic Renaissance Pittsburgh Hotel Downtown, which opened in 1906. Guests and employees have reported strange occurrences and feelings of general unusualness at the establishment — one guest even claimed to have seen the ghost of famed painter Mary Cassatt. See for yourself on a guided tour led by a real paranormal investigator; afterwards, soothe your fear (or your disappointment) with an afterparty paranormal mixer. (107 Sixth St., Downtown; renaissancepittsburghpa.com) 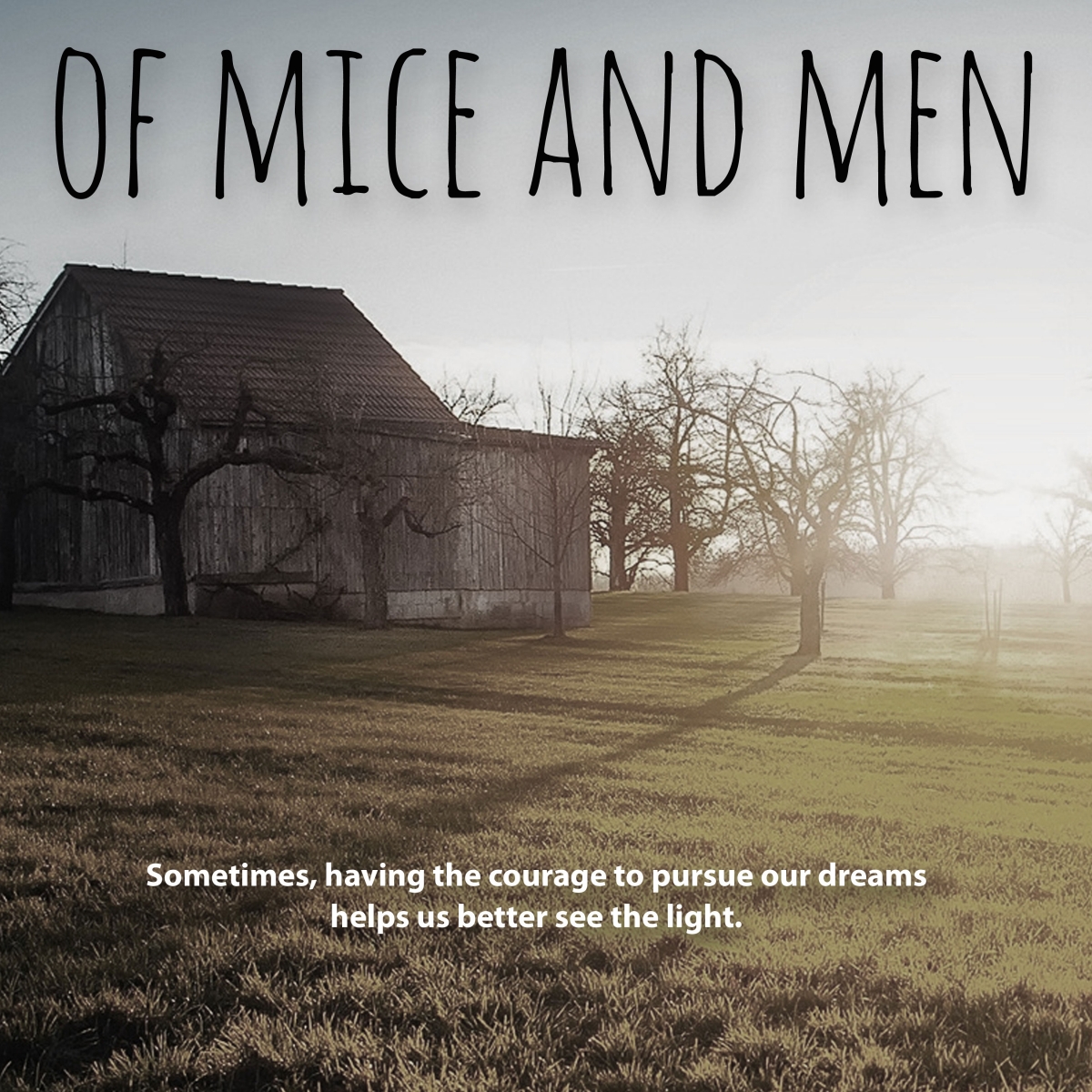 Nov. 2-11/ I loved all of the assigned reading in high school. There. I said it. But even those who hated reading found something worthwhile in Of Mice and Men — or at least the SparkNotes synopsis of the tale. Prime Stage Theatre brings George, Lennie and their Depression-era world to life this month as they partner with the National Steinbeck Center for the play, in which the two drifters search for the American Dream. Warning: it doesn’t end well. (New Hazlett Theater, 6 Allegheny Square East, North Side; 412/773-0700, primestage.com)

Nov. 16-18/ Come one, come all to this year’s PittStop Lindy Hop, a dance weekend specializing in Lindy hop, one of the original styles of swing dance from the roaring ‘20s and early ‘30s. The annual event has been held since 2001, and this year’s lineup offers swing dance and music at seven dance events in three ballrooms near the University of Pittsburgh. (Various Oakland locations; pittstoplindyhop.com) 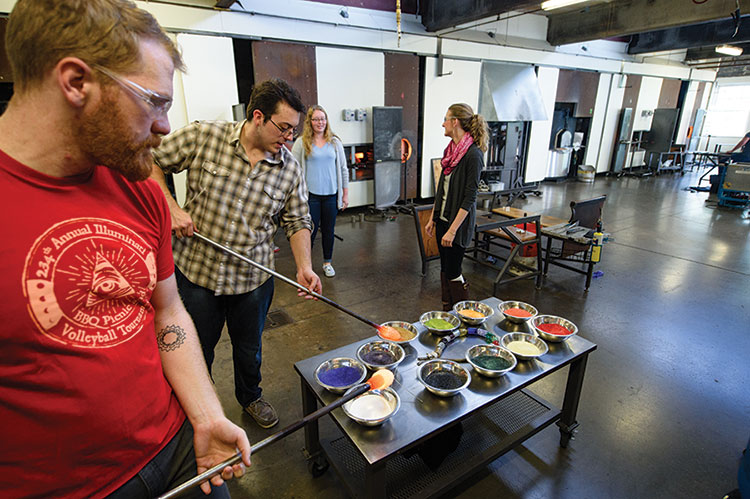 Nov. 17/ Glassblowing might sound like something that’s only for professionals, but at the Pittsburgh Glass Center’s most popular Make-It-Now event, anyone can take home a blown glass pumpkin or fused glass pumpkin tile that they helped create — after they’ve had time to cool down for a few days, of course. Walk in a novice, leave an expert (or at least leave as someone who can say they’ve blown glass.) (Pittsburgh Glass Center, 5472 Penn Ave., Friendship; 412/365-2145, pittsburghglasscenter.org)

Nov. 27/ Shopping might make you want to drink, but if drinking makes you want to shop, the perfect place for you this month is the Holiday mArt Happy Hour at the Sweetwater Center for the Arts. The pop-up boutique (which continues through Dec. 9) will sell artisan gifts that guests are free to peruse while they sip wine, snack and enjoy live music. Drink wine, get your holiday shopping done. Win, win. (200 Broad St., Sewickley; 412/741-4405, sweetwaterartcenter.org) 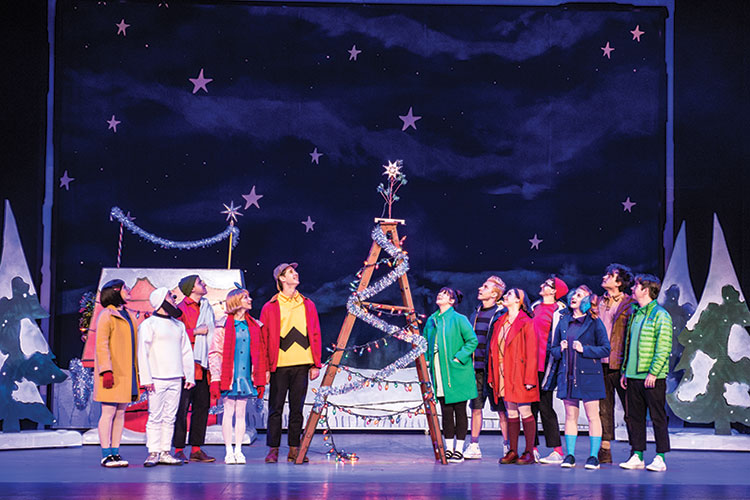 Nov. 25/ Womp womp, womp, womp womp womp womp, womp womp. Oh, I’m sorry — you don’t speak Peanuts adult? I was just trying to tell you that one of your favorite holiday movies is coming to Pittsburgh. Adapted from the beloved classic by Charles M. Schulz and featuring the music of the Vince Guaraldi Trio, A Charlie Brown Christmas – Live on Stage! features the usual gang and tells the tale of how they discover the true meaning of Christmas. (Byham Theater, 101 Sixth St., Downtown; 412/456-6666, trustarts.org) 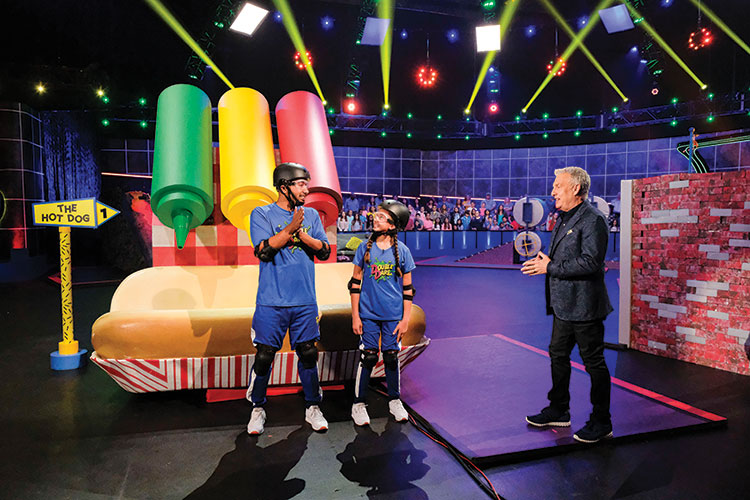 Nov. 18/ It’s being touted as “the messiest game show on the road” and descriptor words are “slime soaking,” “pie plastering” and “booger busting.” Nickelodeon’s Double Dare Live! is based off of what used to be one of my favorite shows, but I’ll admit that I have no clue what that last one means — although I’m sure it will be entertaining. Former longtime host Marc Summers will be calling the shots on this live version of the hit game show, and audience members have a chance to be chosen as competitors, so make sure you wear clothes you don’t care about. (Benedum Center, 237 Seventh St., Downtown; 412/456-6666, trustarts.org) 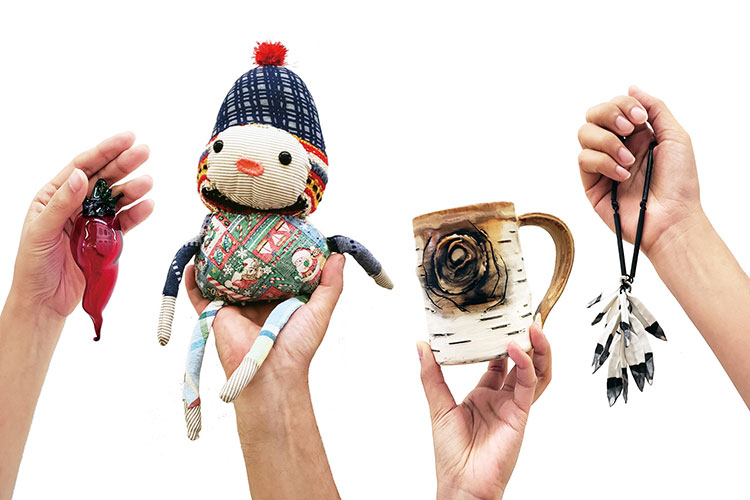 Nov. 16/ Contemporary Craft wants to remind us that art is part of daily life, and that even things we use and wear regularly — mugs, plates, jewelry, tables — are all art, just functional kinds. Crafted, the group’s annual holiday showcase and sale, encourages visitors to reflect on the things they use and the enjoyment that they bring and will offer handcrafted ceramic goods, home decor, jewelry and apparel made by more than 30 artists from across the United States. (Contemporary Craft, 2100 Smallman St., Strip District; 412/261-7003, contemporarycraft.org)​

Nov. 14-18/ Do you think you could watch almost 100 movies in five days? You might think your answer is no, but I’m here to tell you you’re wrong. When they’re short films, all bets are off. At the second annual Pittsburgh Shorts Film Festival at Kelly Strayhorn Theater, 90 to 100 contemporary short films will be shown for the first time, with an emphasis on films that promote intersections between art, technology, cultural tolerance and diversity. In addition to the screenings, there will be Q&As, panel discussions and parties to celebrate independent film. (Kelly Strayhorn Theater, 5941 Penn Ave., East Liberty; 412/363-3000, kelly-strayhorn.org)

Nov. 16/ Sorry, “Frozen” fans, but I can’t picture Idina Menzel as anything but Elphaba from “Wicked.” I guess I’ll have to try, as I assume she’ll leave the green paint at home when she joins Josh Groban in town for his Bridges Tour. Groban, a multi-platinum award-winning singer and songwriter, and Menzel, a Tony Award-winning recording artist, actress and all around boss, will perform at PPG Paints Arena. (1001 Fifth Ave., Uptown; 412/642-1800, ppgpaintsarena.com)