Pittsburgh’s Top 10 Things to Do in December 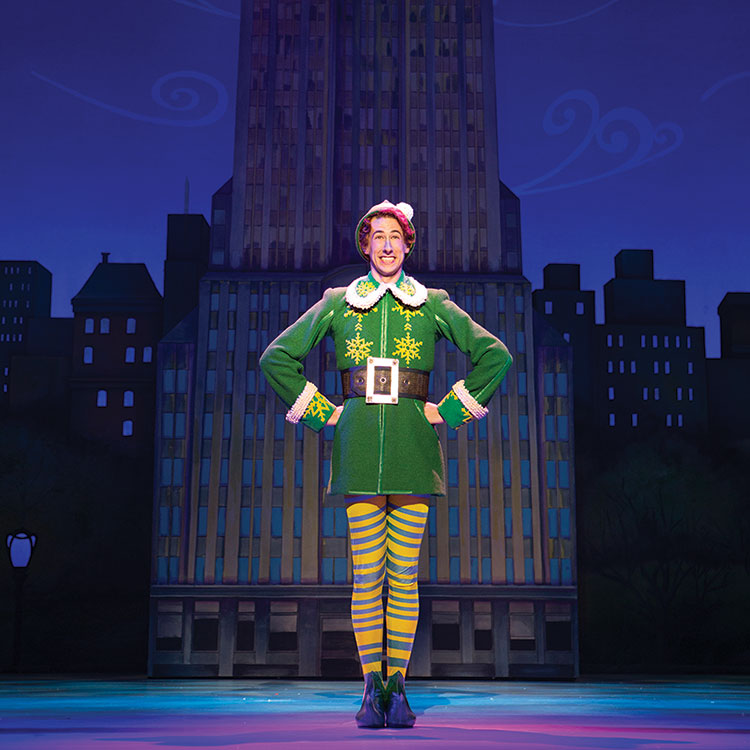 Dec. 26-30/ Nothing says “Christmas cheer” like a grown man in an elf costume and a pair of tights (or singing loud for all to hear). Based on the quick-to-become-a-classic movie starring Will Ferrell, ELF The Musical tells the tale of Buddy, a human orphan who accidentally sneaks into Santa’s toy bag and hitches a ride to the North Pole. He grows up thinking he’s an elf (albeit a large, bad-at-making-toys one), until he realizes the truth, heads to New York City to find his family and happens into hilarious hijinks. (Heinz Hall, 600 Penn Ave., Downtown; 412/456-6666, trustarts.org) 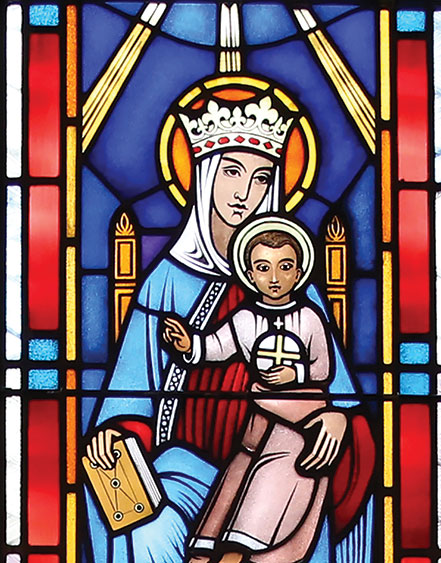 Dec. 7/ You could call glass conservator Kirk Weaver an expert. The owner of Pittsburgh Stained Glass Studios was trained by his grandfather in glass conservation and production and has thousands of stained glass restorations under his belt. Join Weaver and the Greater Pittsburgh Arts Council to learn how stained glass is made and conserved and get a tour of his workplace, which has been in business for more than 100 years. (160 Warden St., West End; 412/391-2060, publicartpittsburgh.org)

Dec. 8/ It took me over an hour to write this because I got lost in a deep hole of Andrea Bocelli YouTube videos, and then I was crying and I couldn’t see my computer screen. If the fact that just his voice made me cry doesn’t persuade you to head to his concert, maybe you’ll listen to the words of Celine Dion — she once said that if God could sing, he would sound a lot like Andrea Bocelli. If that endorsement was convincing, get tickets to hear Bocelli live in Pittsburgh at PPG Paints Arena this month. (1001 Fifth Ave., Uptown; 412/642-1800, ppgpaintsarena.com)

Dec. 5/ You better watch out, you better not cry, you better not pout, I’m telling you why — and it’s because Krampus will come for you. In German folklore, Krampus is Santa Claus’ antithesis; he’s a horned, fanged demon who makes his appearance on Krampusnacht, the evening before the feast of St. Nicholas, to punish naughty children and scare them into being nice. Find Krampus in Pittsburgh this year in Market Square for a celebration and bar crawl — before he finds you. (210 Forbes Ave., Downtown; facebook.com/events/2210308205907369/) 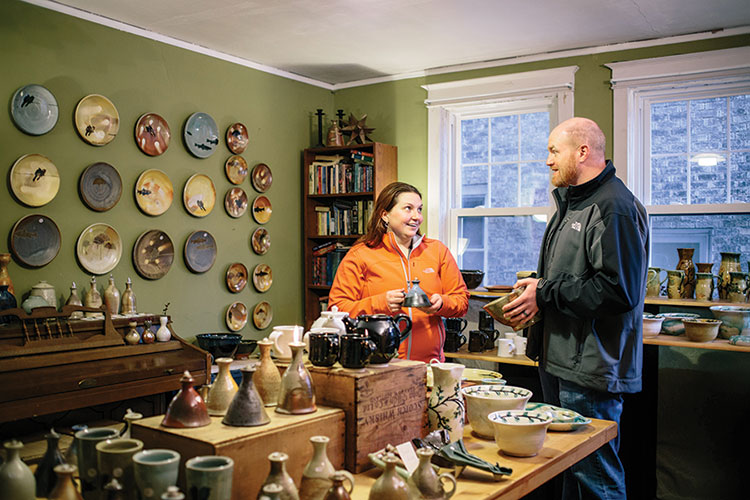 Dec. 1-2/ I took a ceramics class in high school, and the pieces I created looked nothing like what you’ll see on the Highland Park Pottery Tour — and that’s a good thing. For the eighth year in a row, visitors can check out the Union Project Ceramics Co-op and the homes and studios of five potters who live in the neighborhood. Meet and mingle with the artists in their personal spaces and buy their handmade artwork to give as gifts. Or keep it for yourself. We won’t tell. (Various locations, Highland Park; 412/363-4550, highlandparkpotterytour.com) 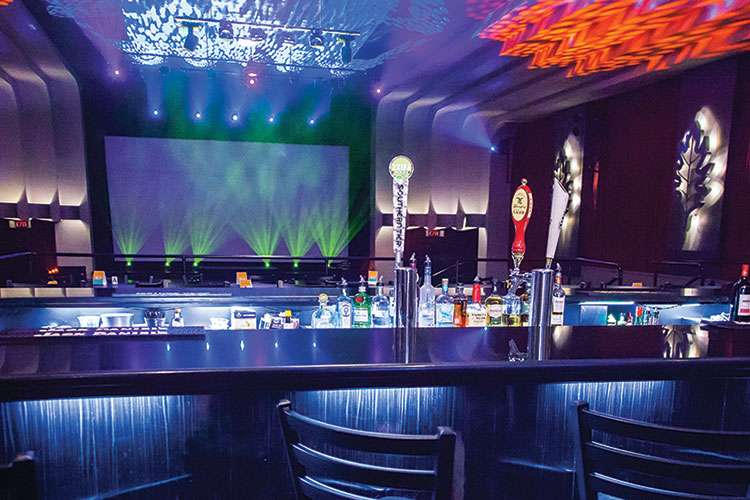 Dec. 1, 8, 15 & 16/ I’ve seen the movie “It’s a Wonderful Life” more times than I can count, but I still get a warm, fuzzy feeling every time Harry Bailey toasts his brother and calls him “the richest man in town.” If you don’t know what I’m talking about, you need to educate yourself this month at the Sunday Cinebrunch series at the Oaks Theater, where the classic movie is on the schedule along with “The Nightmare Before Christmas” and “White Christmas.” Get your fix of the holiday spirit with a movie, Bloody Mary and mimosa bar and brunch from Oakmont Bakery. (310 Allegheny River Blvd., Oakmont; 412/828-6322, theoakstheater.com) 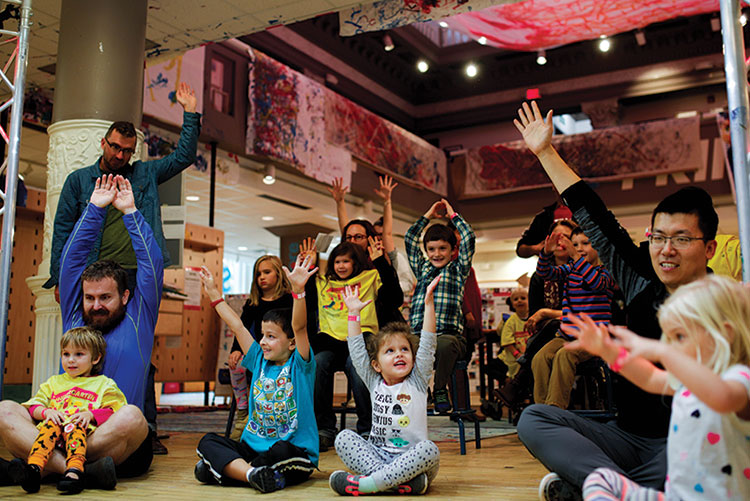 Dec. 9/ Attack Theatre and the Children’s Museum of Pittsburgh team up for Creative Movement Workshop, an interactive exploration of an exhibit featuring cartoonist and inventor Rube Goldberg’s contraptions. Attack Theatre dancers use movement and storytelling to dive deeper into Goldberg’s inventions and the role cause and effect plays in them. (Children’s Museum of Pittsburgh, 10 Children’s Way, North Side; 412/322-5058, pittsburghkids.org)

Dec. 19/ Sharing Knives may sound scary, but the event is a great concept. Led by the Whitfield restaurant in the Ace Hotel and its chef, Bethany Zozula, Sharing Knives is a bi-monthly collaborative dinner series featuring guest chefs from Pittsburgh and other cities. This month, Zozula teams up with Kate Lasky and Tomasz Skowronski, owners of Apteka, to create their version of a traditional Eastern European Christmas dinner. Unlike most Christmas dinners, this one will be vegan. Like most Christmas dinners, there will be wine and cocktail pairings available. (120 S. Whitfield St., East Liberty; 412/361-3300, acehotel.com/pittsburgh)

Dec. 20/ For nearly three decades, Kevin McCallister’s adventures have made children believe that the threat of being left home alone and needing to protect their homestead is just around the corner — and entirely plausible. This month, the classic will be shown on the big screen at Home Alone with the PSO. While the movies rolls and Kevin’s story unfolds, the Pittsburgh Symphony Orchestra and choir will perform John Williams’ score live. (Heinz Hall, 600 Penn Ave., Downtown; 412/392-4900, pittsburghsymphony.org)

This article appears in the December 2018 issue of Pittsburgh Magazine.
Categories: From the Magazine, Things To Do