Here are the 10 best things to do in Pittsburgh this month. 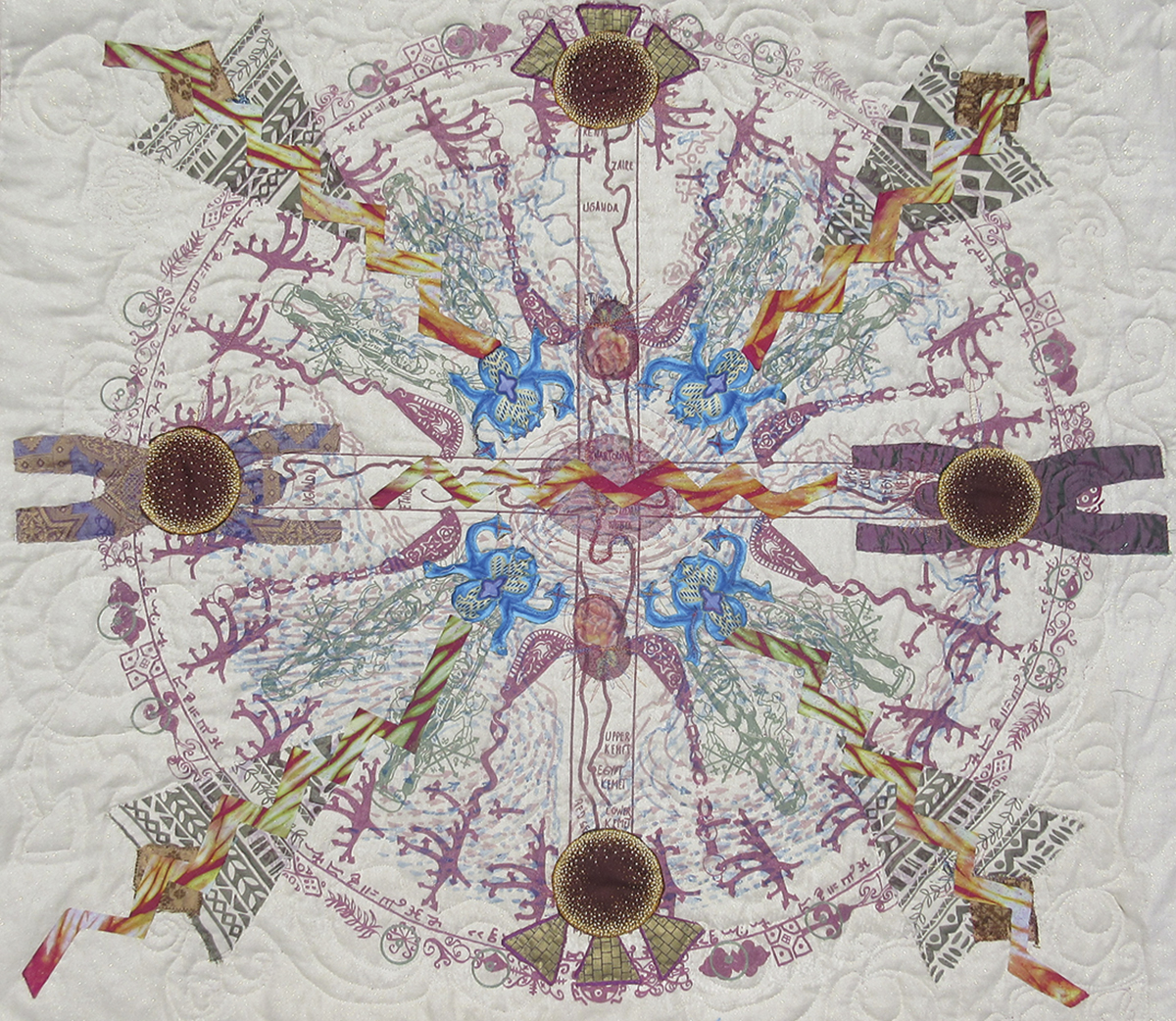 through Nov. 16
A motif of the Nile River in Tina Williams Brewer’s quilts is inverted from its cartographic orientation. By presenting the river from south to north, she highlights its flow and the human migrations that followed it to the Mediterranean. Her show Fragments, Fractals: Write It, Print It, Sew It at 709 Penn Gallery uses literal and figurative migration patterns to tell the story of human movement — both its sorrows and joys.
[709 Penn Ave., downtown; 412/456-6666, trustarts.org]

Nov. 7
Pittsburgh Pays Tribute raised more than $170,000 last year for the Navy SEAL Foundation and The 31Heroes Project, two military support groups. This year, the event has added the Travis Manion Foundation to the list of beneficiaries. The goal: to raise $300,000. The gala at the Carnegie Museum of Natural History includes a silent auction and dinner. Attendees should ease up on cocktails — or load up on carbs — and run the Joggin’ for Frogmen 5K the next morning in Schenley Park.
[4400 Forbes Ave., Oakland; pittsburghpaystribute.org]

Nov. 7-8
As in “Inception,” dancers André Koslowski and Leonie Stein are slipping deeper into a shared dream. In a June performance at the Kelly-Strayhorn Theater, they altered their 2013 work “Wiegenlied” — German for “lullaby” — into a long march through a wasteland. The dancers return to the venue with A Cantankerous Wiegenlied, where those wandering figures try to communicate, fail and struggle to survive independently. Their silences give the audience a chance to empathize and reflect.
[5941 Penn Ave., East Liberty; 412/363-3000, kelly-strayhorn.org]

Nov. 8
Comic Brian Regan is the rare everyman/craftsman. His goofy and sarcastic take on absurdities — such as driving oneself to the emergency room — is broadly appealing. Yet he’s considered a “comedian’s comedian” because he’s paid his dues for decades. Regan’s unwillingness to work blue highlights this unusual overlap. A clean act casts a wide net, but Regan has said that he does it for the challenge: You need great jokes. He’ll surely tell plenty in a performance at Heinz Hall.
[600 Penn Ave., downtown; 412/456-6666, trustarts.org]

Nov. 23
Classical music mashups may bring to mind “A Fifth of Beethoven,” but the Pittsburgh Symphony Association has found a classier way to use the concept. Shadyside Splendor combines the voyeuristic joys of a home tour with the highs of a chamber-music concert. The walking tour weaves through six Shadyside mansions; each will have its halls fully decked and host a small ensemble playing music of the season. An optional pre-walk brunch ups the ante.
[412/381-5105, psa75.org]

Nov. 15
The annual Cannon Ball Gala is one of the main fundraising events for Soldiers & Sailors Memorial Hall & Museum. This year, the three-course dinner (preceded by cocktails, followed with coffee and dessert) includes patriotic tunes by the artists-in-residence of The Brass Roots, a 10-piece band with ties to Carnegie Mellon University that bills itself as “a new entrepreneurial generation of musicians.” The group will blow horns, but mentalist Collin Stover will blow minds with an intimate “walk-around” performance.
[4141 Fifth Ave., Oakland; 412/621-4253, soldiersandsailorshall.org]

Nov. 8
An influx of artists over the past decade has helped to make Lawrenceville an “up-and-coming” neighborhood. Similar to a beating heart exposed on an operating table, the 10th annual Lawrenceville Artists’ Studio Tour offers a glimpse into the inner life of the neighborhood by opening the doors of at least 15 studios hidden in houses and warehouses. Rising property values suggest Lawrenceville already has risen; thankfully, many artists still can afford the neighborhood.
[lvpgh.com]

Nov. 29
Blooming with Holiday Spirit is a three-month celebration of artists represented by BoxHeart Expressions, the steadfast Bloomfield art gallery. The November selection includes modern landscape paintings by Crista Pisano, whose work is pictured above, and jewelry from Daria Sandburg, whose pieces incorporate found objects and hidden messages. The long-running exhibit overlaps the holiday gift-buying season; thus BoxHeart will celebrate the post-Thanksgiving spree “Small Business Saturday” with a 10-percent discount on all purchases and framing.
[4523 Liberty Ave.; 412/687-8858, boxheartgallery.com]

Nov. 14
The University of Pittsburgh is hosting the Society for Ethnomusicology’s annual meeting. Nestled among the academic lectures is the free SEM Orchestra Sound Future Benefit Concert at the Wyndham Grand Pittsburgh Downtown hotel. Members of an all-volunteer ensemble perform on “instruments of their choosing” — odd instruments and objects not intended to be instruments. A tentative playlist includes a bespoke soundscape, an Indian raga, a composition arranged from clapping and Ornette Coleman’s classic “Lonely Woman.”
[600 Commonwealth Place, downtown; ethnomusicology.site-ym.com]