Pittsburgh's Third Renaissance and Complaints from 2007

This third Renaissance has allowed us to be spectators as Pittsburgh changed from a city suffering the damages wrought by the collapse of its steel industry to a vibrant, active place known for its academic, medical and technology sectors. 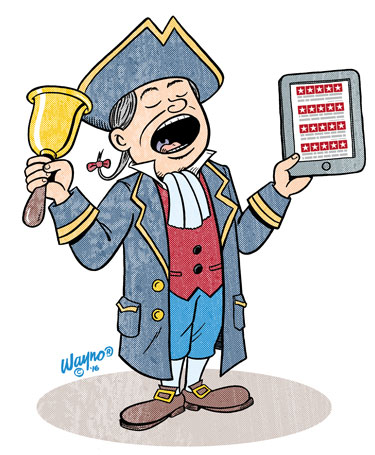 If you one-point-twenty-one gigawatted your way back to 2007, how would Pittsburgh compare to the 2016 version? It’s only a nine-year jump (and probably not worth the Libyan-acquired plutonium), but humor me on this.

Today, Pittsburgh unofficially is in the midst of its third Renaissance, this one merely evoked by former Mayor Luke Ravenstahl (drink!) in 2012. (I actually have no idea why I told you to drink just now, but I feel compelled to do a shot whenever mention is made of the elusive Luke Ravenstahl. Wait, DRINK AGAIN!)

This third Renaissance has allowed us to be spectators as Pittsburgh changed from a city suffering the damages wrought by the collapse of its steel industry to a vibrant, active place known for its academic, medical and technology sectors.

We can talk about the development we’ve seen. The building boom. The health of our economy. Graduates choosing to stay rather than grabbing their diplomas and heading anyplace else before they accidentally get any yinzer on them. (Not even OxiClean can get yinzer out.)

But there’s another way to get a good picture of how Pittsburgh has changed during the third renaissance, and we don’t need a flux-capacitor to do it. We just need the internet — that heaving, pulsing mass of information, anger and cat pictures.

The first thing she should have done was find a globe, put her finger on the dot marked “Pittsburgh” and dragged that finger over to the nearest ocean. Pittsburgh is East Coast in the way Los Angeles is Midwest and Portland is “not overrated.”

Helpful Yelpers were quick to respond to Rachel, and those responses from nine years ago are eye-opening when you compare them to the Pittsburgh we know and love today.

Amy Z from California started her response with “Um,” which is internet-comment-speak for “I’m about to lay a harsh truth on you, so buckle up.” She continued, “I’m a Pittsburgh native living in San Francisco … and it would be awfully tough to move back from a trendy West Coast city. Unfortunately, the low cost of living is the only thing the city can offer to young people. Nightlife is totally DEAD.”

DEAD in all caps. That was 2007. Now you can’t read a travel piece about Pittsburgh without it being referred to as “trendy.” Our current crop of millennials will tell you they’re overwhelmed with all of the choices they have for diversion, and not only is nightlife not all-caps DEAD, but it’s also not even lowercase dead. In fact, the city is implementing programs to curb the South Side nightlife from its current state of all-caps PUBLIC URINATING MADNESS.

Hilary from Virginia: “Not that great…. not as clean as West Coast cities (not even comparable!) … the residential areas are kinda slummy.”

Now? I’d say Pittsburgh is comparable or even better in terms of cleanliness than West Coast cities such as Albuquerque. (Just teasing, Rachel. Seriously, get a globe.) Residential areas have undergone their own Renaissance. Look at Lawrenceville — those glitter-bearded, unicycling granola people have completely renovated that place.

“My D.”, who moved to Pittsburgh from Chicago, starts off a bit punchy: “This place sucks.” Then an uppercut. “The food sucks (no matter what the people tell you). Then again, I come from a city that prides itself on its dining selections.” She goes on to pooh-pooh the nightlife, the music scene (“they don’t have a single decent DJ”) and possibly your mother (“no pretty people”). By the end of her drubbing, Pittsburgh is Rocky lying bloodied at the feet of Clubber Lang.

My D. can hang up her gloves and retire her anti-Pittsburgh left hook, because while what she wrote may have been true back in 2007, Zagat in 2015 named Pittsburgh its Top Food City. Chicago? Didn’t even make the list.

Do you suddenly hear “Eye of the Tiger” playing, too?

For all these improvements, though, one thing hasn’t changed since 2007, as pointed out by Maria B. from Sewickley. She drew attention to “some sort of colored beltway system, which nobody seems to know how to use.”

Seriously. Does anyone know? I don’t.