The 2016-2017 season, which begins this month, marks a new chapter for Pittsburgh Arts & Lectures. 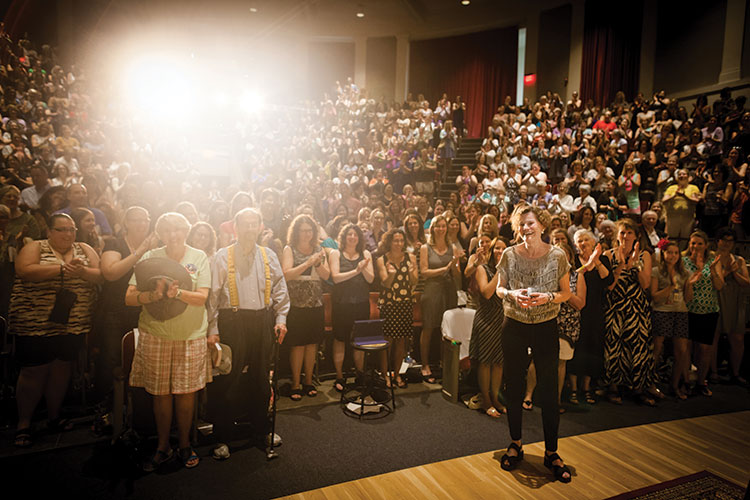 Judy Blume appeared in July at the Carnegie Library Lecture Hall as part of the PA&L New & Noted series.

Tucked away in an unassuming office nestled above an Asian restaurant in Oakland, the Pittsburgh Arts & Lectures staff is busy today. The phones haven’t stopped ringing all morning. Callers have questions about the upcoming appearance by acclaimed children’s author Judy Blume, and they want to know if tickets still are available for Patti Smith’s lecture in October. Is it too early to purchase a subscription for next season?

The current season of Ten Evenings, PA&L’s flagship Monday-night lecture series, has not yet begun and already four of the events are sold out. This isn’t surprising, considering the caliber of writers on tap for 2016-17. As well as the Godmother of Punk Rock, the series also has booked NPR luminary Diane Rehm, hot-button critic and essayist Roxane Gay, Pulitzer Prize winners Siddhartha Mukherjee and Elizabeth Strout, and best-selling presidential historian Douglas Brinkley, to name only a few on the impressive roster of writers the series plans to bring to Pittsburgh.

The series celebrates its 26th anniversary this year, but the new season also begins a fresh chapter for the organization itself. 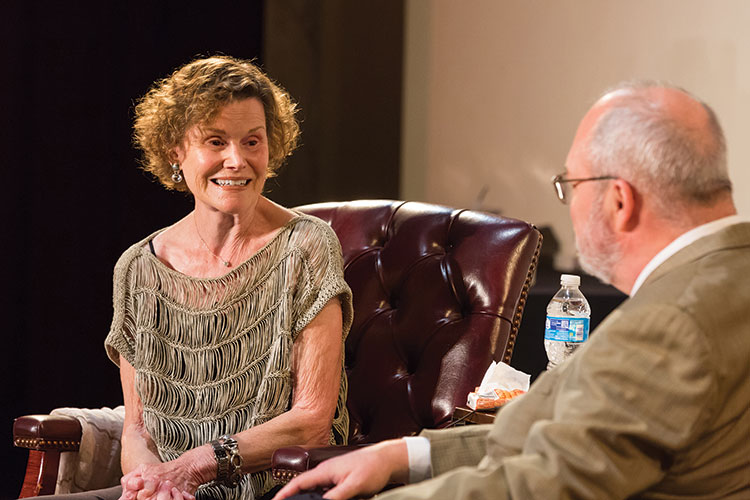 This season, PA&L has introduced two new program series, New & Noted and Poets Aloud, and has renamed its Words & Pictures and Made Local programs. What’s more, the organization has undergone a rebranding effort that ties these, as well as Ten Evenings, to the Pittsburgh Arts & Lectures name.

The rebranding, done with the help of local design agency Little Kelpie, conveys the breadth of the five signature series, which now share a unified visual motif and prominently are featured in the Ten Evenings and Words & Pictures season brochures.

It would be enough for most literary organizations to coordinate five unique lecture series, but PA&L Executive Director Stephanie Flom says she, her staff and the board of directors are not content merely to present great writers to their audience.

“We want to share the knowledge, the creativity and the message that each artist brings with the greater community,” she says.

Katie Kurtzman, PA&L director of media relations, says the exciting part for her is building connections with community groups and connecting authors not just with a literary audience but with those in Pittsburgh who may benefit most from hearing that author’s message.

PA&L is reaching out to the greater Pittsburgh community and “seeking partnerships where it makes sense,” Kurtzman says.

On the morning of his appearance as part of the Ten Evenings series last season, legal-reform activist Bryan Stevenson spoke at the University of Pittsburgh School of Law. That evening, law clinics and anti-death penalty groups staffed informational tables in the Carnegie Music Hall foyer. LGTBQ groups, disability advocates and mental-health organizations provided similar tables when Andrew Solomon, notable for his writing on depression and the cycles of abuse, appeared as part of the same season.

“Part of the mission is making literature accessible to a broader economic community,” says Flom. The relationship PA&L has developed with Pittsburgh Public Schools has been particularly rewarding, she adds. Writers who are booked as part of the Words & Pictures program, which features children’s and young-adult authors, visit area schools, where their appearances are broadcast online. Kate DiCamillo’s recent visit was viewed by students in 200 other schools. The relationship with Pittsburgh schools also allows Flom and her staff to pair author visits with the existing curriculum, vastly enhancing students’ experience of the author’s work. Free and reduced-price tickets also are available to low-income schools and community groups.

A copy of the PA&L schedule resembles a giant game of Tetris to an outsider. Bringing all of the pieces together to create a compelling and varied season of lectures that, as the brochure states, offers “something for every reader, writer, and listener,” is challenging work. It’s “a great team process where everyone is reading and talking,” about the books and writers they love, says Flom, and she wants to “keep reaching high and mixing it up.” The ceaseless ringing of phones in the office attests to exciting new directions for PA&L.

“I hope that you can see that we have a lot of fun in the process,” says Flom.