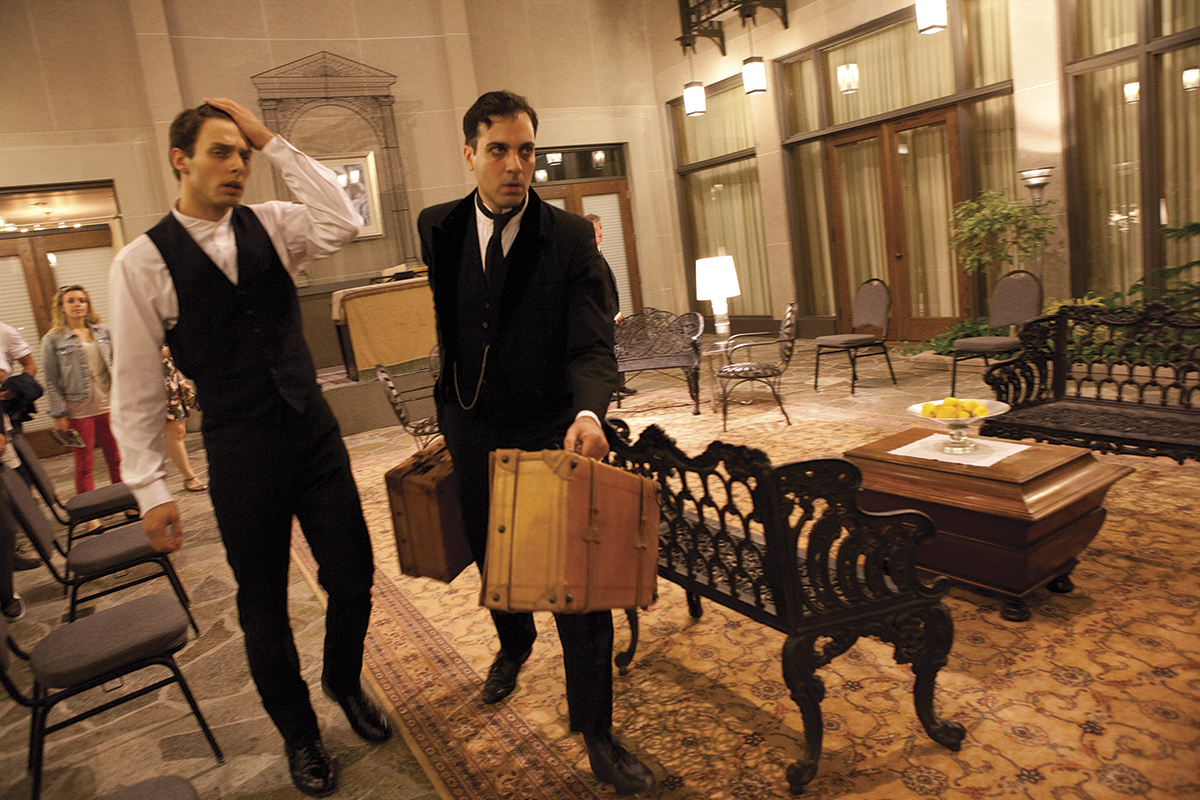 This past August, Quantum’s gargantuan season 24 opener, “Tamara,” broke company attendance records. The season closer, “All the Names,” boasts a star-studded collaborative production team that includes Mattress Factory founder, President and Co-Director Barbara Luderowski, who is internationally respected for site-specific, contemporary art that pushes traditional boundaries, in her first foray into live theater. All of this programming serves as a precursor to the tantalizing 25th-season lead-in — an original opera based on Shakespeare’s “The Winter’s Tale,” to be developed with Chatham Baroque and acclaimed local dance innovators Attack Theatre.

“We’re very ambitious at this point,” says Karla Boos, Quantum’s founding and artistic director. “A bit of a high-wire act.” 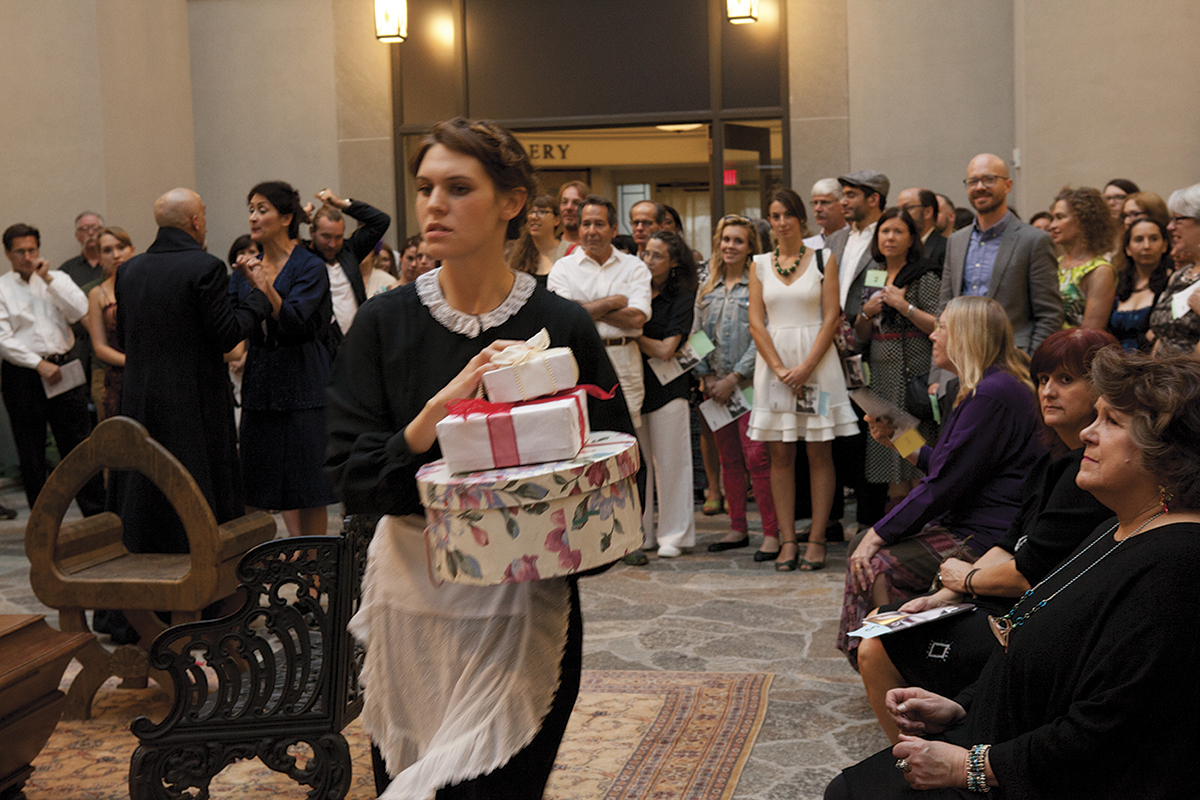 If you haven’t experienced Quantum’s intriguing brand of theater, you should know that the company deliberately is nomadic in terms of performance space. Each show is staged at its own befitting venue. The swimming pool in the Carnegie Library in Braddock, the horse stables at Hartwood Acres and a courtyard underneath the Bloomfield Bridge are just a few of the wilder “stages” used by Quantum over nearly 25 years.

“It’s so much fun to explore the city of Pittsburgh through these shows,” says Point Park University Conservatory of Performing Arts Professor John Shepard, who directed “Tamara” in the magnificent Rodef Shalom Congregation in Oakland. “I’ve learned more about this city working for Karla than from anything else. That’s part of the glory of Quantum.”

Perhaps Quantum’s greatest glory is Boos’ seemingly insatiable appetite for tackling works that impassion her, regardless of the challenges they present. The roughly 350-page “Tamara” by Canadian playwright John Krizanc is set in a sprawling Mussolini-era mansion where the audience is expected to choose which of 10 characters to follow from room to room while multiple scenes transpire simultaneously. The audience reconvenes for a full-course dinner at intermission to compare notes before taking off for the second act. Not intended for the faint-of-heart producer, “Tamara” has been staged in only three U.S. cities — Los Angeles, New York City and Pittsburgh.

“The aesthetic and kind of theater she’s brought to Pittsburgh is like nothing else we’ve seen here,” says Janet Sarbaugh, senior program director of The Heinz Endowments’ Arts & Culture program, which has supported Boos since her earliest productions. 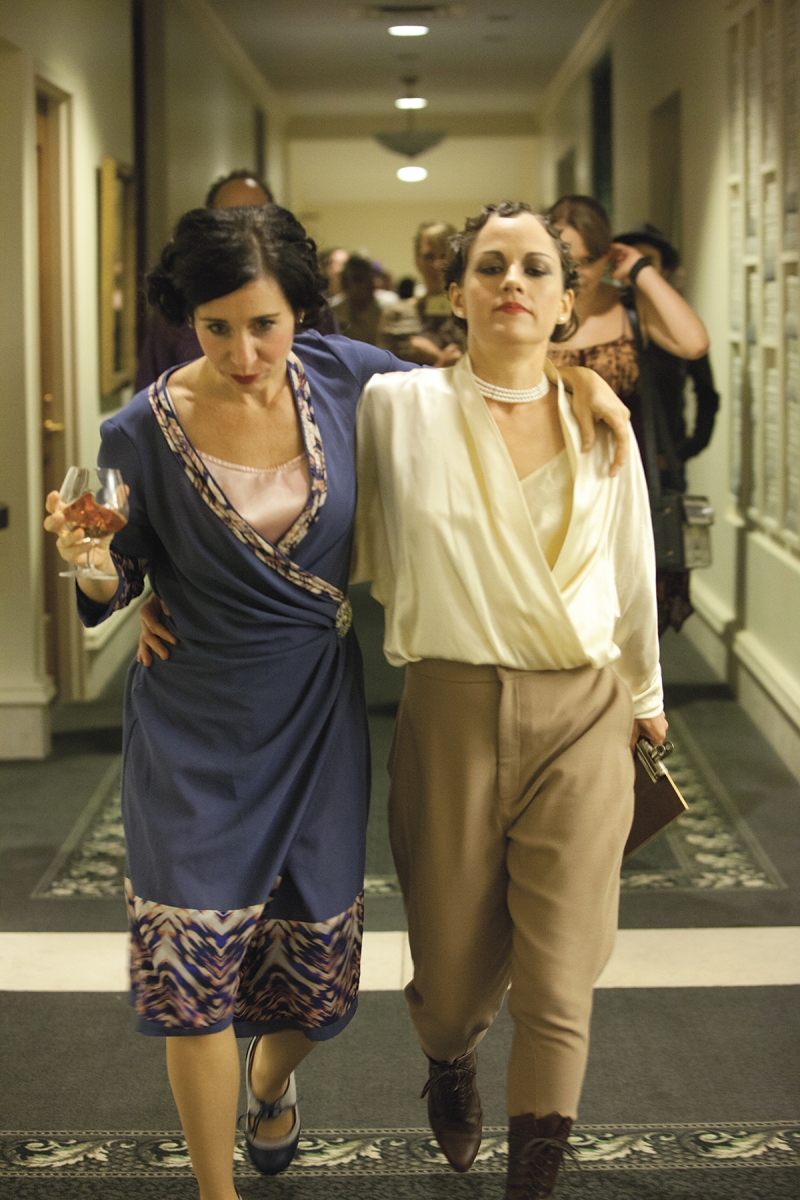 “As a director, it’s always been an ideal of mine to be able to empower a team of artists this way,” says Boos. “Each of them is advocating for their own art form in telling the story.”

The play tells the story of a lowly government clerk in the registry office of an unnamed city who becomes obsessed with tracking down a mysterious woman. It will be staged in the former Carnegie Free Library building in Allegheny Square. “It’s a very gorgeous space — very complex — and cavernous with its own architectural statements to make,” says Luderowski, who refers to Quantum as “the Mattress Factory of Pittsburgh theater.”

Coincidentally, both Chatham Baroque and Attack Theatre will be celebrating landmark anniversaries — 25th and 20th, respectively — alongside Quantum when the curtain rises on their Shakespeare opera Sept. 16. The world premiere will take place on the top floor of the glorious Union Trust Building, downtown.

“We’re thinking that the 25th anniversary is a beautiful moment when we can celebrate our enablers through the years and do things that make our relationship with the community [even] more relevant,” Boos says. For example, she hopes to place markers in every place Quantum has done a play. “We’ve gone over a tipping point where more people know about us than before, and we’re psyched that the conversation could get larger.