Pittsburgh's New Airport Design: What It Means for Travelers

A key goal of the new terminal at Pittsburgh International is to get passengers to their planes faster. 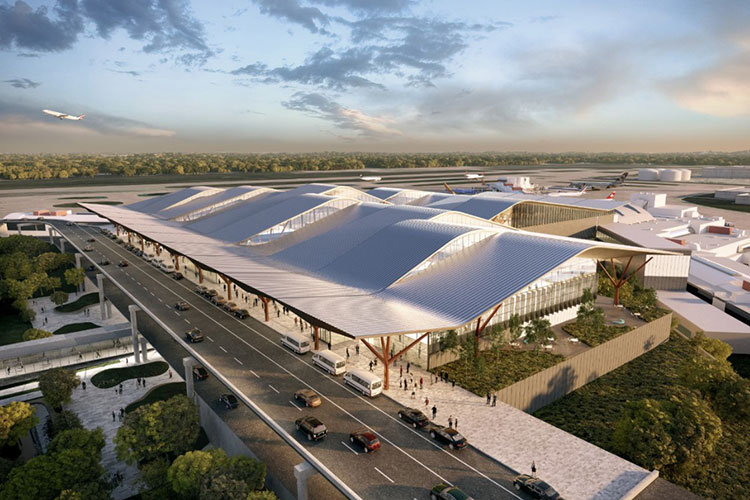 COURTESY GENSLER AND HRD, IN ASSOCIATION WITH LUIS VIDAL + ARCHITECTS

When work is completed in 2023, Pittsburgh International Airport will have one terminal instead of two, fewer gates, more concessions, separate levels for arrivals and departures and no more tram.

The conceptual design for the new $1.1 billion terminal is the result of seven months of work by the architectural and engineering firms Gensler and HDR in association with luis vidal + architects.

“In considering this design, we looked at function first, then form, to construct a building that will be both iconic, practical and affordable and that can be easily adapted as the technology and transportation needs of our community change,” says Airport Authority CEO Christina Cassotis. 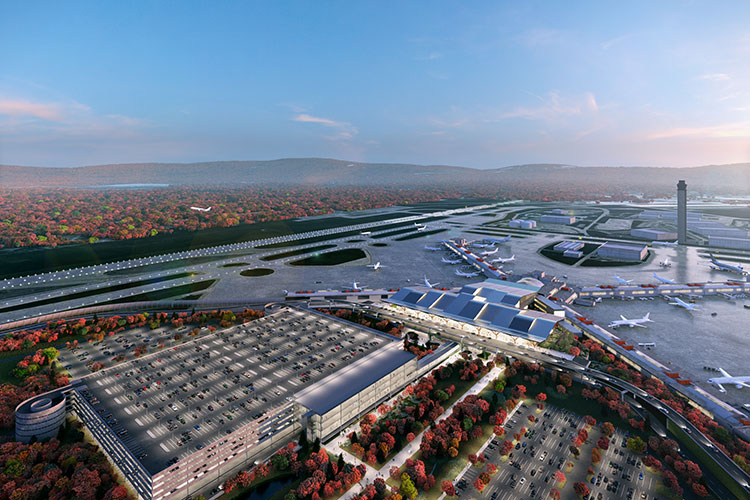 The new terminal, to be constructed inside the C and D arms of the airside terminal, will replace the landside terminal for check-in, security screening, baggage claim and access to ground transportation and parking. 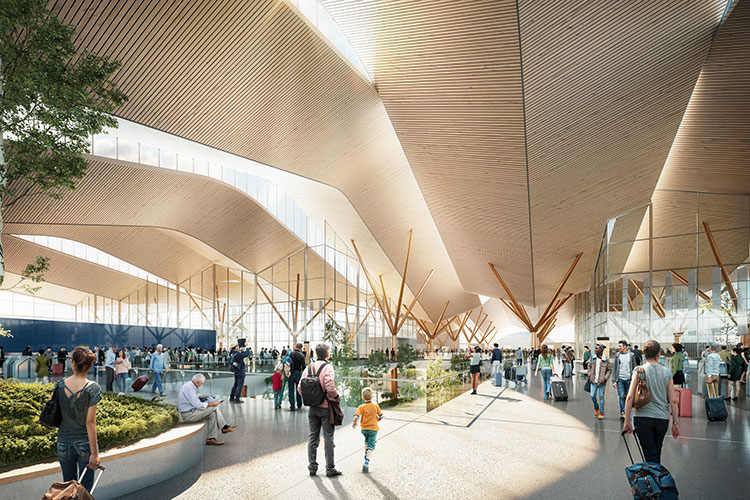 The top level of the new terminal will be for outbound passengers. If you're not checking a bag, it will be straight shot through security and then down an escalator to the gates. 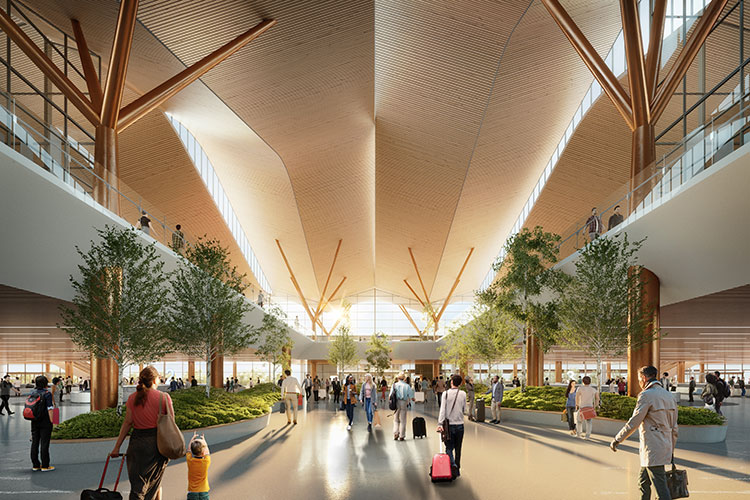 Arriving passengers will enter the new terminal on the ground level, which will feature a much larger meet and greet area leading to baggage claim and the outside.

Mechanical and the baggage system will be hidden in a third, underground level. 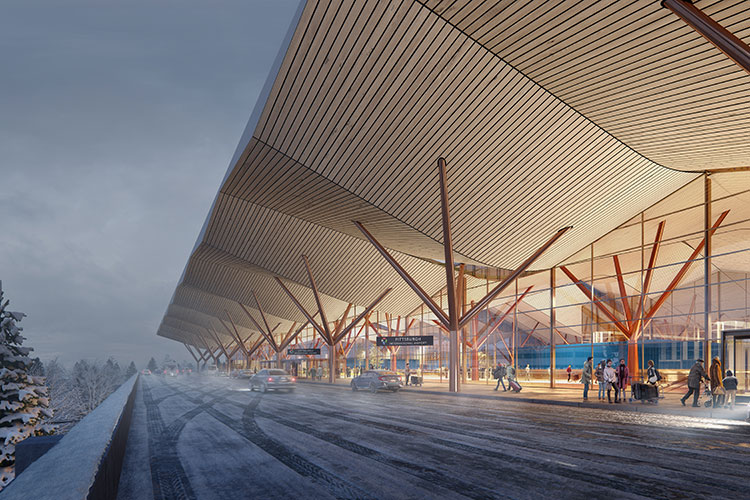 Other feature of the new terminal include: 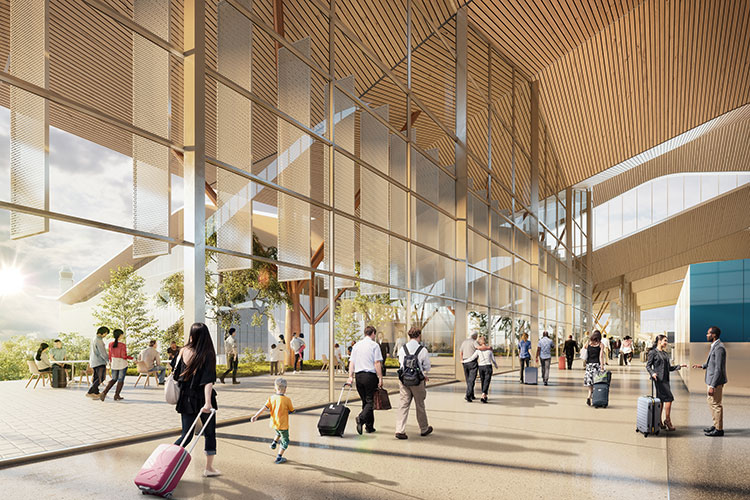 Roughly two thirds of the cost of the new terminal will be financed through bonds and grants and another third will be paid for by the airlines through landing and facility fees. No tax dollars are involved.

Cassotis says that constructing a new terminal will be cheaper than upgrading the airport’s two existing buildings. 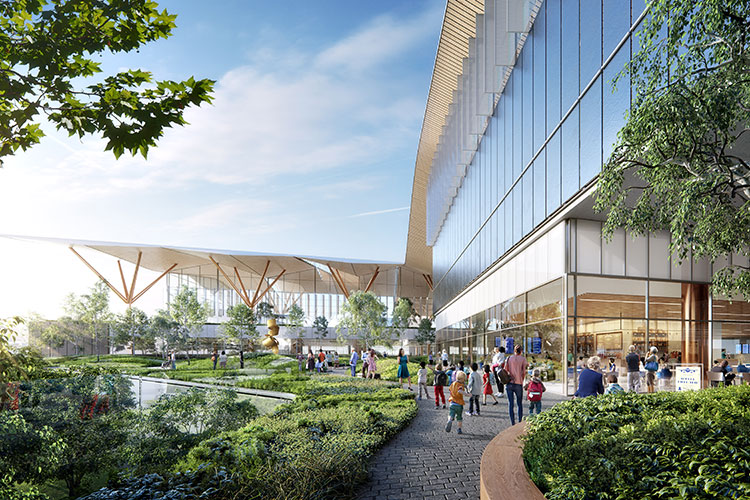 The new design will reduce the number of gates from 75 to 51 although more can be added if needed.

As for the fate of the current landside terminal, it will be either demolished or repurposed.