The new Rangos Giant Cinema, replacing the bygone Omnimax, is ready for audiences at the Carnegie Science Center. 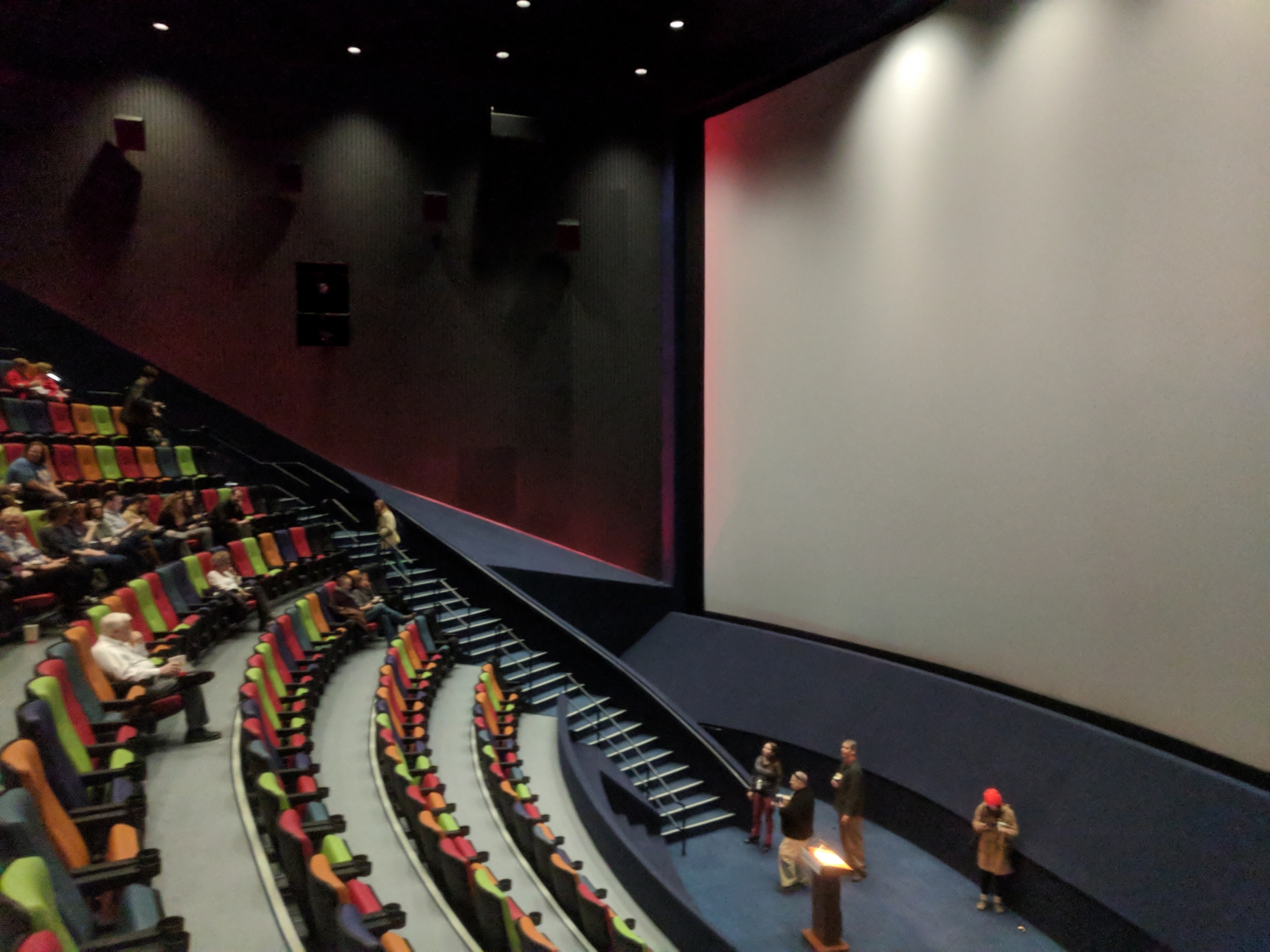 Remember, if you can, one of those gargantuan, rear-projection, big-screen televisions from the mid-'90s. Imagine watching one of those today — then replacing it with a brand-new, state-of-the-art, 4K flat-screen.

That’s the level of change you can now experience at the Carnegie Science Center, where the bygone Rangos Omnimax Theater has been replaced with the Rangos Giant Cinema.

The longstanding and beloved Omnimax, which closed in July, was a technological marvel in its own right when it opened more than two decades ago. By the mid-2010s, however, the best movie theaters in town had long past surpassed the capabilities of the Omnimax, which was not outfitted for digital projection or modern sound.

The Rangos Giant Cinema, in contrast, uses a pair of precision laser projectors and more than 40 speakers to create a level of immersion not available anywhere else in the region. The screen — which does curve gently, but fundamentally is shaped like any other movie screen — towers in front of the familiar seats, still easily filling one’s field of vision from most seats.

The sound is the most immediately noticeable marvel in the new theater, which was formally unveiled in a grand-opening ceremony Monday. Outfitted with Dolby Atmos technology, the blanket of speakers surrounding the audience creates the illusion that the sound is being naturally generated in the room; as sounds zoom from side to side and overhead, it’s easy to lose yourself.

The brightness of the projectors and size of the image also more than corrects for the limitations of the 3D format. The opening-day educational film “Amazon Adventure 3D” shows off the visual advantage the Rangos Giant Cinema has over most multiplex screens: In here, you can actually forget that you’re wearing the glasses. (That’s something I’ve never thought at a standard movie theater.)

These factors combine to make the Rangos Giant Cinema an ideal location for major-event blockbusters — and tickets for one of the biggest are on sale now. “Star Wars Episode VIII: The Last Jedi” will be shown at the Giant Cinema from Dec. 15 through Jan. 11; sneak previews scheduled for Dec. 14 are already near capacity. A trailer for “The Last Jedi” shown as part of this morning’s event was breathtaking; those looking to turn their viewing of the next “Star Wars” flick into a special occasion should consider making a trip to the North Shore.