These garden gurus go through intense training and continuing education on everything from turf to insects to the finer points of growing produce. 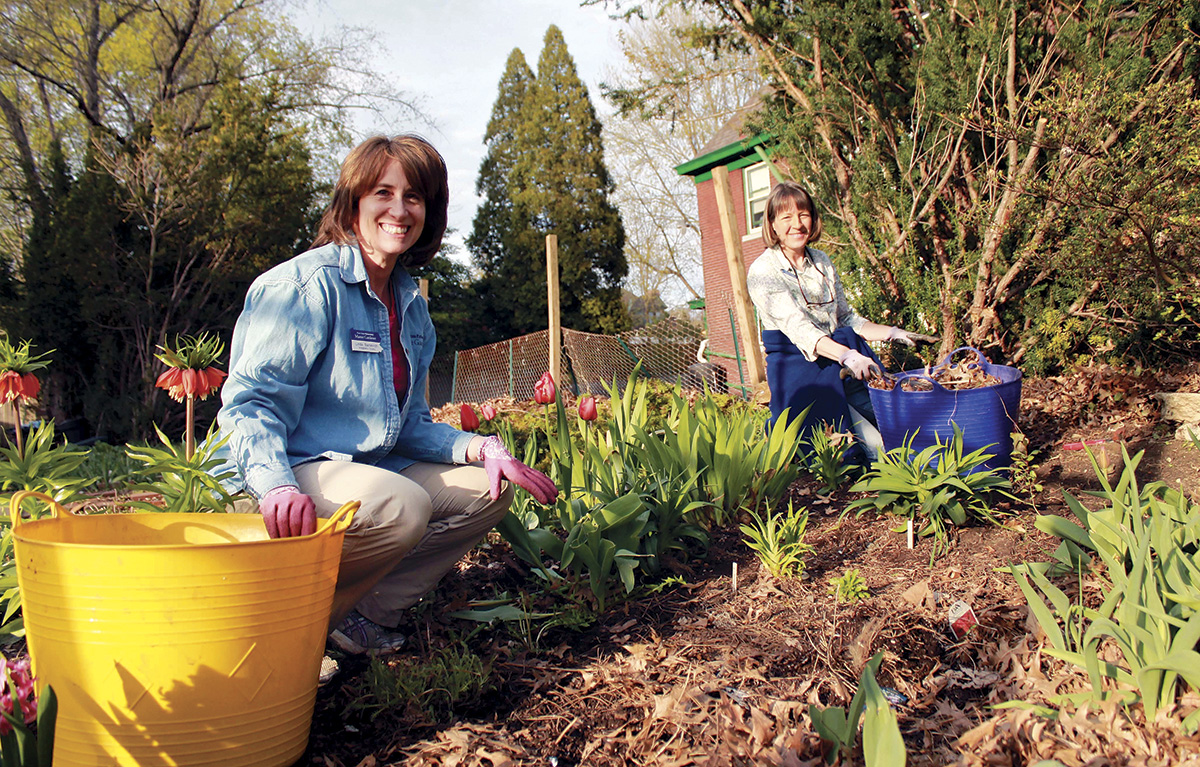 At one point in our nation’s history, agriculture was the primary means of support for 90 percent of the population. To help all of those farmers thrive and determine sound agriculture from hooey, institutions such as Penn State University received federal land grants in 1862, with a caveat: The school was obligated to share research-based information with communities.

The effects of this edict resonate today; take the Penn State Extension Master Gardeners. Brought to Allegheny County in 1982 by Penn State, the 170 members of the organization volunteer 11,000 hours yearly. Master Gardeners go through intense training and continuing education on everything from turf to insects to the finer points of growing produce.

You’ve seen their work: the edible teaching garden in Point Breeze and the Historic Garden at the Fort Pitt Blockhouse, among others. They hold workshops, cultivate health through Glen Hazel’s therapy garden, maintain a gardening hotline [412/473-2600] and are happy to explain what they’re doing while out working.

Philip Bauerle, the interim Extension Master Gardener coordinator for the Penn State Center Pittsburgh, says, “The answers we get you will be research-based at Penn State … it’s not what your friend Earl said that his grandmother used that winds up being not safe for you or the environment.”

Look for the gardeners (such as Linda Barsevich and Pam Culbertson, above) as they host the 20th Annual Western Pennsylvania Garden & Landscape Symposium on Saturday, April 18, with Shady Side Academy at its senior campus in Fox Chapel. They’ll be available at the free garden marketplace for consultation and will be selling a new species of hardy lavender as well as self-pollinating blueberry shrubs.