Light Up Night Events in Pittsburgh

Expect lights, fireworks, a new home for the gingerbread houses and Adam Lambert at Pittsburgh's annual Light Up Night. 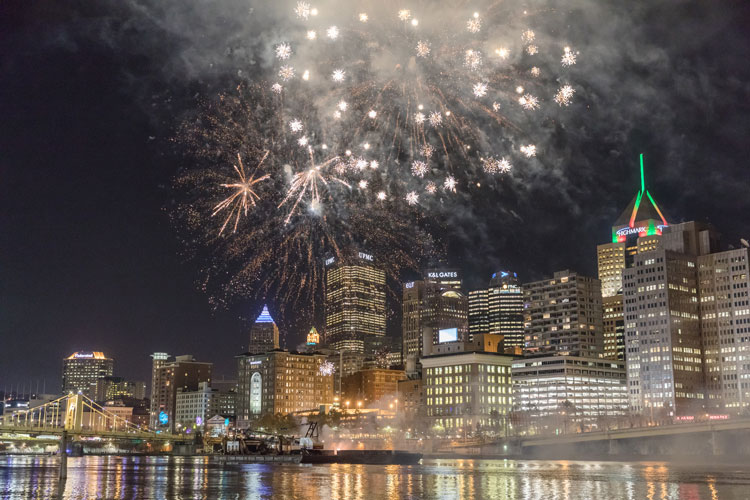 This year’s Comcast Light Up Night, set for Friday, Nov. 22, will bring Adam Lambert to town as it kicks off the holiday season with a number of musical acts, tree lightings, fireworks, holiday shopping opportunities and more festivities for all ages. We’ve got some tips here for planning your Light Up Night like a pro.

City, county and business leaders announced plans for this year’s celebration Wednesday at the Heinz History Center, which will premiere a reiteration of its nostalgic 2017 holiday exhibit, “A Very Merry Pittsburgh,” beginning on Nov. 16.

Officials touted the community spirit created by Light Up Night and the fact it attracts people from across the region.

“To me, it’s an outstanding example of our commitment in Pittsburgh to community, bringing people together in ways that most events don’t do,” Comcast Vice President of Sales and Marketing Toni Murphy said. 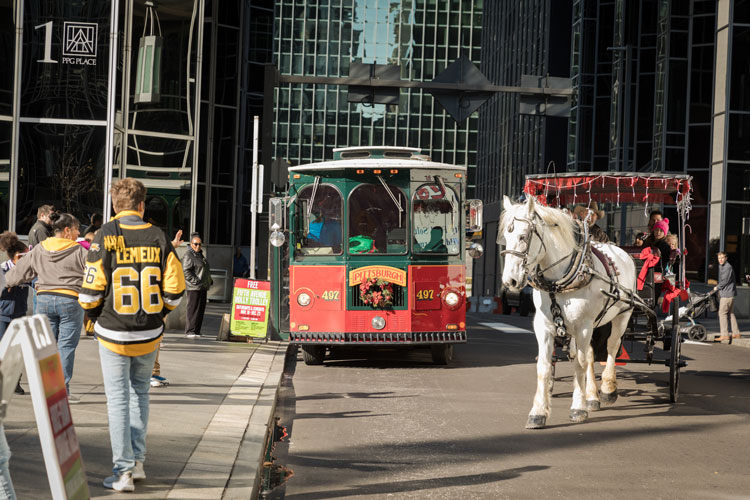 Fort Duquesne Boulevard will once again turn into a riverside promenade with the main music stage, food trucks, Comcast employees handing out 15,000 Santa hats and a viewing spot for fireworks. New this year is the addition of picnic tables to provide seating.

Adam Lambert will take the Comcast Main Stage at Fort Duquesne Boulevard and Stanwix Street at 8:30 p.m. with Nox Boys and Joe Grushecky and the Houserockers preceding him.

The lineup for the BNY Mellon New Music Stage at Penn Avenue and Stanwix Street will include Beauty Slap, Tribe Eternal and Krunk Movement.

There will be free hot cocoa on the Clemente Bridge and a life-sized sleigh for holiday photos.

Other prime photo spots around Downtown will include the creche at the U.S. Steel Tower, live reindeer and horse-drawn carriage rides at One Oxford Centre, and a singalong with Mr. McFeely of “Mister Rogers’ Neighborhood” at Fifth Avenue Place.

The Zambelli fireworks show will begin at 9:30 p.m. Tickets will be offered again this year for the VIP Blast! Party on the roof of the U.S. Steel Tower.

Mayor Bill Peduto said he hopes this will be the City-County Building’s best holiday season ever as it takes over the annual gingerbread house competition and display, previously held in PPG Place. Expect 450 gingerbread dwellings to line the building’s hallways beginning on Light Up Night. 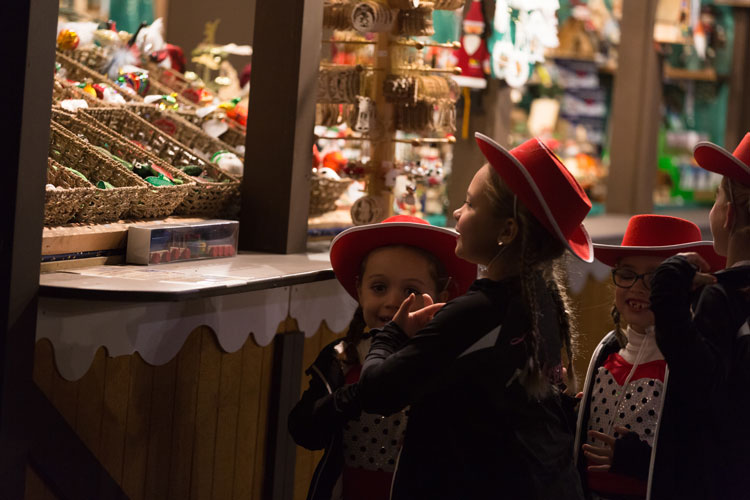 “The City of Pittsburgh is very, very proud to be able to host as a region the ability to have this type of a celebration,” the mayor said.

Peduto also noted the City-County Building has a long history of holiday traditions.

“Pittsburgh’s official Christmas tree was first erected in the construction site of the building in 1915. In other words, before we even had a City-County Building, the workers on site erected their own Christmas tree,” he said. “For 104 years since, a beautiful 60-foot live evergreen, the only live tree Downtown, has graced the front steps.”

The tree lighting ceremony in the portico of the City-County Building will kick off the festivities at 5:15 p.m.

Also this year, the MassMutual Pittsburgh Ice Rink will return to PPG Place, opening on Light Up Night, and the Peoples Gas Holiday Market, also opening on Light Up Night, will run through Dec. 23. Santa’s house in Market Square will again be welcoming visitors, and proceeds from pictures with Santa will go to the Greater Pittsburgh Community Food Bank. New this year is an extension of the holiday market as Handmade Arcade vendors will move into the spaces Dec. 26-31.

To encourage early holiday shopping, anyone who makes a purchase at the holiday market from Nov. 22-27 will receive a $10 gift card to Scene75 Entertainment Center in Edgewood.

Categories: Hot Reads, The 412, Things To Do