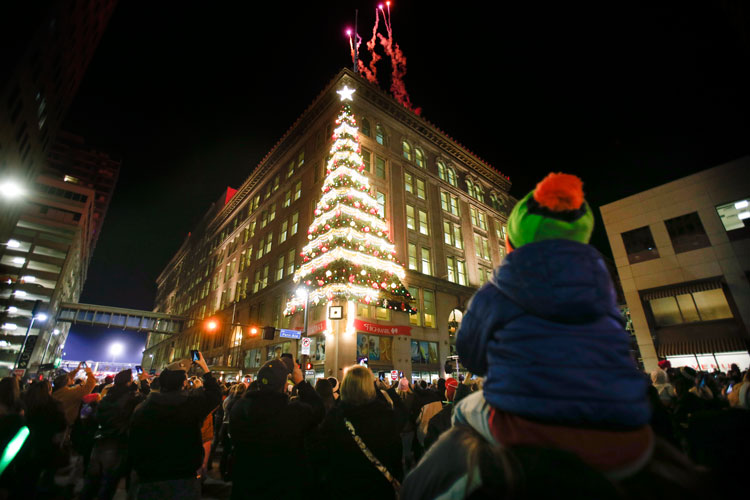 Amid a cityscape of lights, the Rachel Carson Bridge will glimmer with multicolored LED lights over the Allegheny River at the 56th annual Comcast Light Up Night on Friday, Nov. 18.

The bridge’s interactive light display — the Energy Flow Art Installation — is a collaboration between Mayor Bill Peduto and Covestro, a polymer and plastics company, to celebrate Pittsburgh’s innovation in its bicentennial year. The lights will be powered by wind turbines, and the display will continue through the holiday season.

The illuminated bridge is not the only newcomer to this year’s celebration. 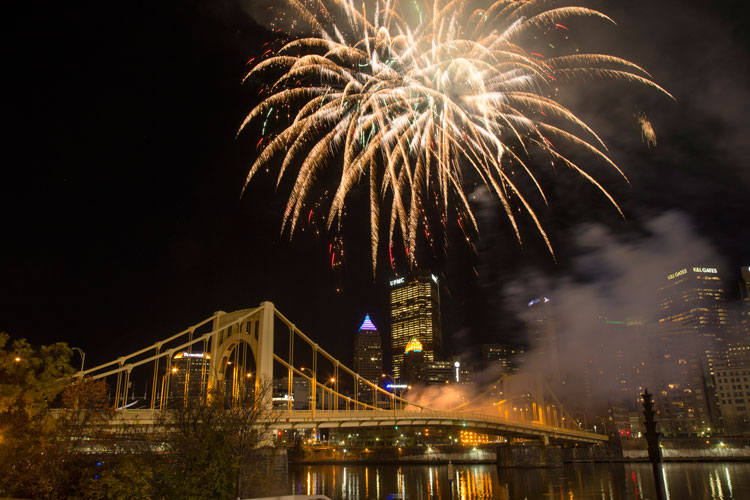 Ft. Duquesne Boulevard will become a hub of food vendors and interactive attractions as this year’s new event footprint. The quarter-mile pedestrian plaza along the river should be a popular perfect viewing destination for the annual BNY Mellon fireworks finale, which begins at 9:30 p.m. 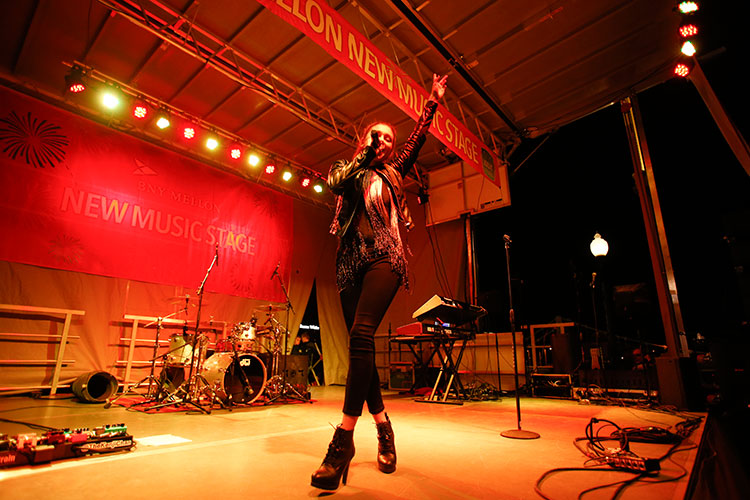 The Golden Triangle will also sparkle with new lighting. From Grant Street to Fifth Avenue, from Penn Avenue to Sixth Street, 4-foot-tall wreaths wrapped in LEDs will cover up to 60 light poles. Similarly, Mellon Square will boast 14 new illuminated trees.

Don’t forget to visit City Hall to check out Pittsburgh’s largest living tree Downtown — a 50-foot live evergreen which will become this year’s official Christmas tree for the city’s bicentennial. Hundreds of silver and gold bulbs will adorn the tree, along with 90 custom-made ornaments to represent neighborhoods in Pittsburgh.

In addition to the Energy Flow Display, the Pittsburgh Creche and the Peoples Gas Holiday Market will continue daily through the holiday season. 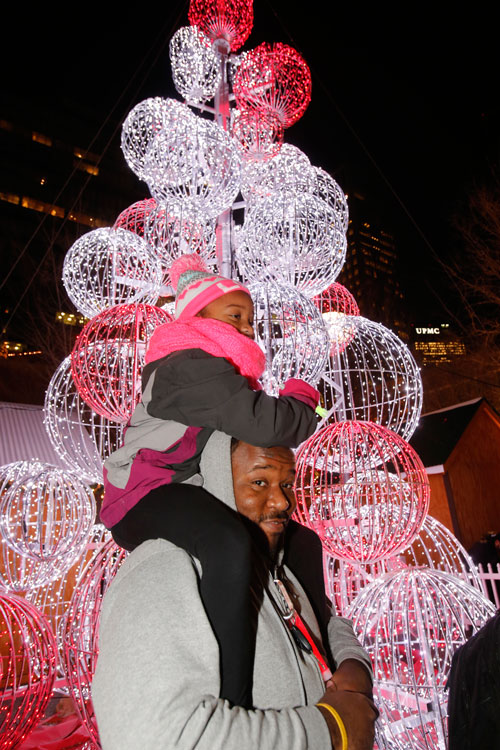 To attract more shoppers, parking will be free in Pittsburgh Parking Authority Downtown garages on Black Friday and Saturdays until Christmas. In addition, on those days, there will be free carriage and Holly Trolley rides Downtown, as well as the Holiday Kidsplay zone.

Check the Pittsburgh Downtown Partnership’s website for a complete schedule of holiday events.