Pittsburgh's Improv Scene is Coming Alive (and You're Invited)

Arcade Comedy Theater and Steel City Improv Theater offer sessions teaching you how to entertain others — and get through grim situations with a smile on your face. 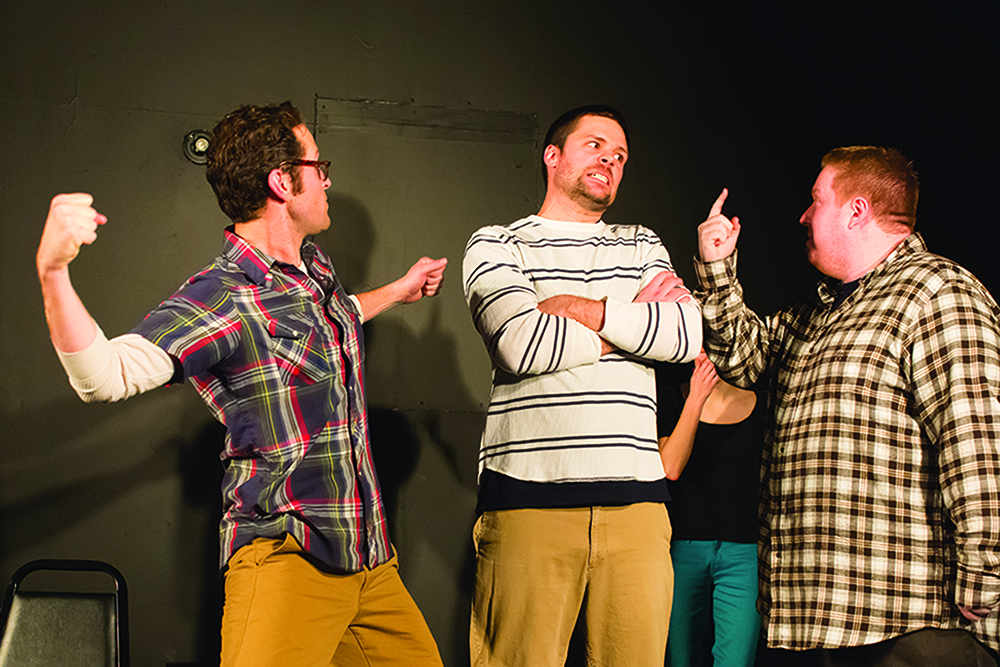 All the world’s a stage? If only. Actors get scripts. The rest of us are winging it, which is why comedy classes hold plenty of life lessons. Improvising is the art of making the best of things, and two local comedy institutions offer regular lessons for those eager to meet life with a smile.

Arcade Comedy Theater focuses on “play,” “team” and “truth” at its academy, held at the Trust Arts Education Center. Improv One introduces concepts such as the famous “Yes, and,” teaching hopeful actors to accept a premise and build upon it. Participants in the eight-week class meet for three hours on Tuesday nights, and the course culminates with a 45-minute group showcase at its space (811 Liberty Ave.). Improv One is a prerequisite for intermediate sessions on short-form games, scene construction and musical improvisation. The next period runs March 9-May 10.

Arcade Academy also offers intro stand-up and sketch comedy classes, as well as ones for kids. Sign up to intern at Arcade, and you’ll receive free tuition and show admission each “semester.”

Steel City Improv Theater promotes acceptance and mindfulness, which might suggest a meditation retreat, if not for the giggles. SCIT’s eight-week introductory course integrates novices into the theater’s performing company by allowing students to perform in regular “improv jams,” audition for house teams and form independent teams. Aspiring comics must take that class before moving on to others, such as scene development and musical improvisation. Register now for the spring installment, starting March 10. The cash-strapped can intern for SCIT while studying, and the eager can retake classes at reduced rates. Current pupils also have access to free standby tickets to all of SCIT’s regular shows.

Before “The Sopranos” and “Breaking Bad,” there was “Twin Peaks.” The original off-the-wall, can’t-miss network drama became the hottest thing on the small screen in 1990, garnering critical acclaim, Emmy nominations and cultish devotion. After a more-bizarre second season turned off casual viewers and led to the show’s cancellation, series creator David Lynch wrapped up the franchise with a theatrical film, “Twin Peaks: Fire Walk with Me,” which was a prequel to the program that answered none of the questions left by its finale. Ah, well — it’s a pretty good movie anyway.

This month, Hollywood Theater will screen that “Twin Peaks” flick as part of its 10-month series, “The Films of David Lynch.” Fans of the bizarre auteur also can mark their calendars for upcoming screenings of “Lost Highway,” “The Straight Story,” “Mulholland Drive” and “Inland Empire.”