Pittsburgh's Girls of Summer are Ready to Rock

The Girls Rock! Pittsburgh concert is a culmination of a weeklong camp where attendees form bands, write music and generally learn how to be a girl who truly rocks. 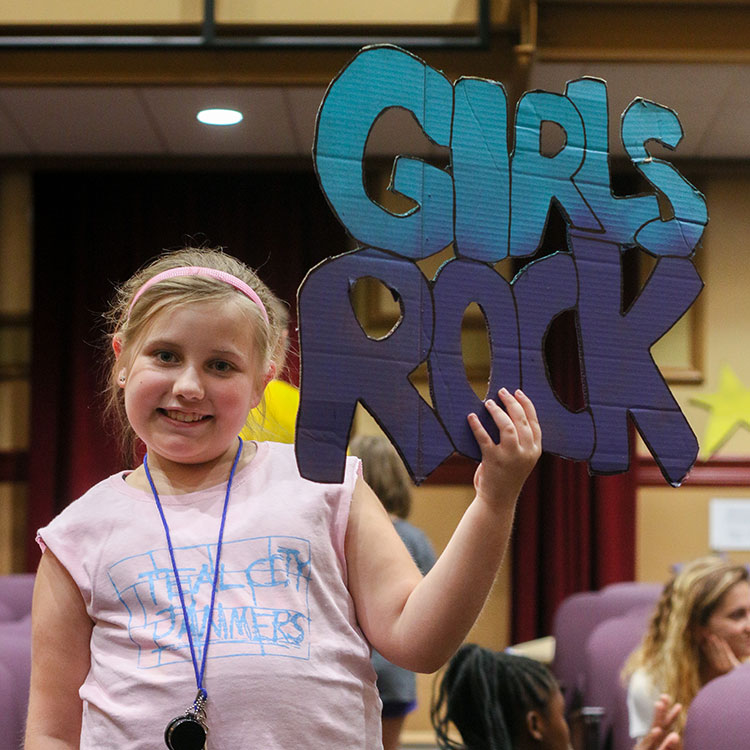 Pittsburgh’s most gratifying summer concert experience might be one that takes place not in a club or amphitheatre — but in the auditorium of a grade school.

This month, the spotlight of the Winchester Thurston School stage will shine on 45 girls, ages 8-18, from Girls Rock! Pittsburgh. Their aim is to show that despite what anyone tells them — their parents, their peers, the patriarchy — they’ve got something worthwhile to say, and they know how to get loud about it.

The concert is a culmination of a weeklong camp where attendees form bands, write music and generally learn how to be a girl who truly rocks. 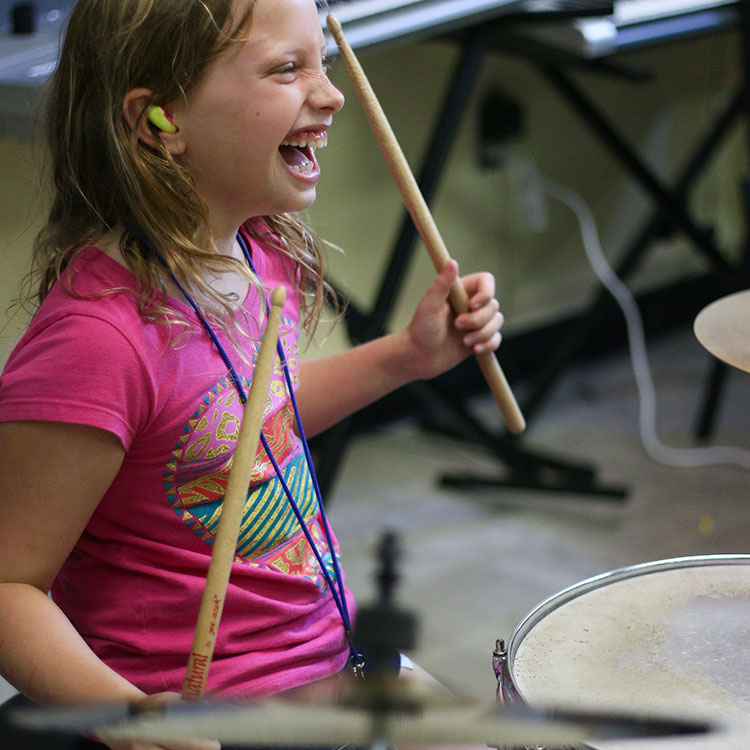 “A lot of these kids are middle-school aged, which can be rough,” says Rachel Rosnick, long-time volunteer and board member of the local member of the international Girls Rock Camp Alliance. “But then they have this entire week where people are telling them they can do anything.”

Each day is split among music lessons, band practice and workshops. At the end of the week, each band has written and recorded a song, which they perform Saturday night to a packed house of friends and family as well as an overwhelmingly impressed public. The songs are released as a compilation in the fall and posted on Girls Rock!’s bandcamp page (girlsrockpittsburgh.bandcamp.com) 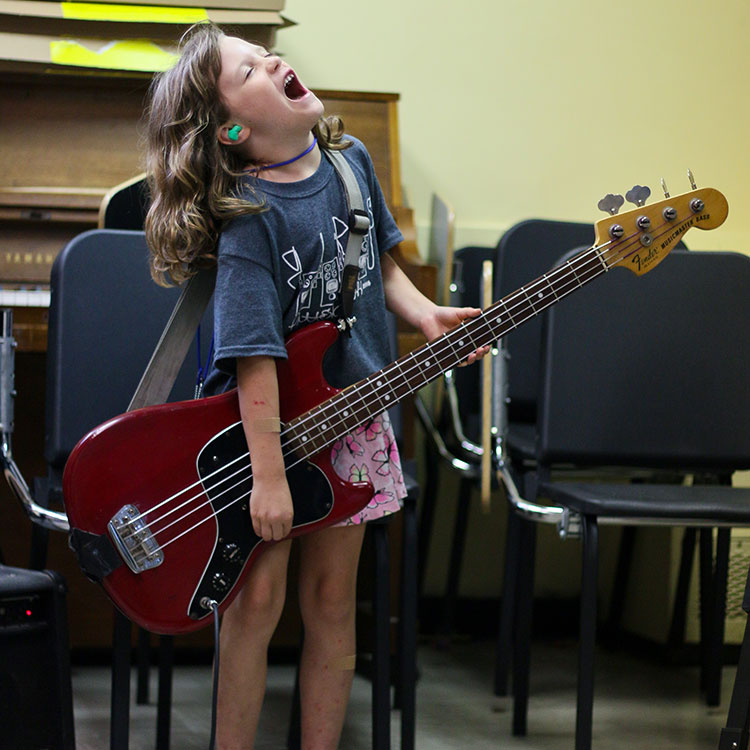 According to Rosnick, about half of this year’s campers are new to the program, and many of those girls will be altogether new to playing music. But that doesn’t deter them; on Monday, they’re assigned an instrument and split into bands, mostly by similar skill-level. By Saturday evening’s show, they’re ready to rock.

“The showcase is the most heartwarming thing ever,” says Rosnick. “Especially when you’re there on Monday morning, when the newer kids come in and they’ve never touched an instrument before … and then Saturday we put them on stage in a sold-out auditorium and they just do it.”

Building that confidence in the campers is important to the Girls Rock! mission; it’s not just about guitar licks and sick beats. Throughout the week, campers participate in a variety of workshops designed to inspire, educate and empower. In past years, the sessions — led by female volunteers from the Pittsburgh community — have included screen-printing and zine-making, self-defense, media and body image, the history of women in music and much more. And all of these lessons in self-confidence pay off. 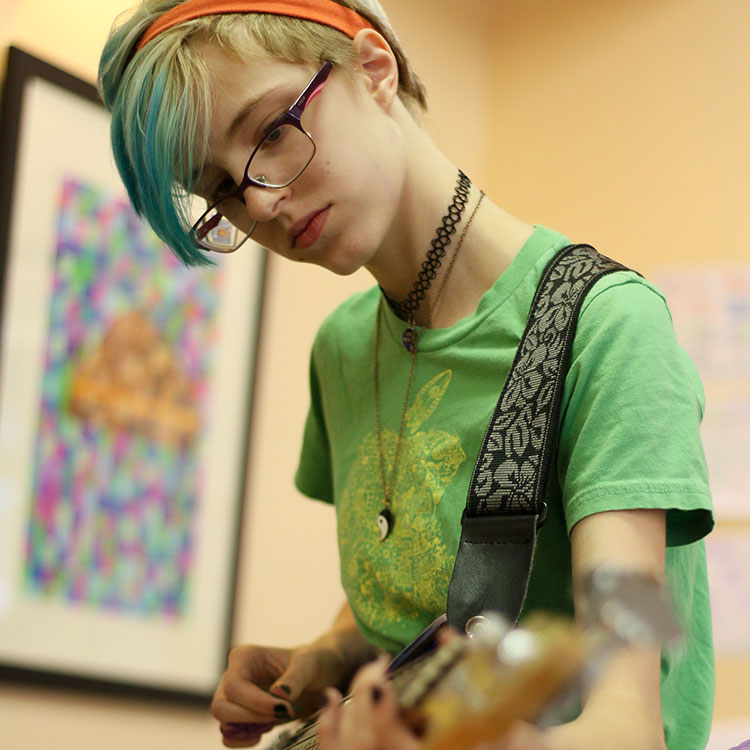 For volunteer Sofia Sunseri, it’s that freedom of expression and supportive environment that keeps her involved. Not only does she use her skills as a professional voice teacher to give lessons to the girls, but she’s also brought her two daughters along with her as campers.

“My older daughter found what her voice was like and what it looked like for her to be assertive,” she says. “She learned there’s no one way to be a strong girl.”
Sunseri recalls another camper, a first-timer who was initially nervous about singing in front of the crowd.

“It wasn’t about the perfection of the performance,” she says. “It was seeing this kid walk to the stage, grab the mic and go for it.

While the camp itself only lasts for five days, the presence of the Girls Rock! organization can be felt all year. Each fall brings a release party for the compilation CD featuring the songs from that year’s camp. And girls who are moved to continue honing their skills can borrow instruments from the program during the school year for a nominal fee. Access and inclusivity is important to the organization; the camp has sliding-scale tuition and no camper is turned away or stigmatized for financial need. 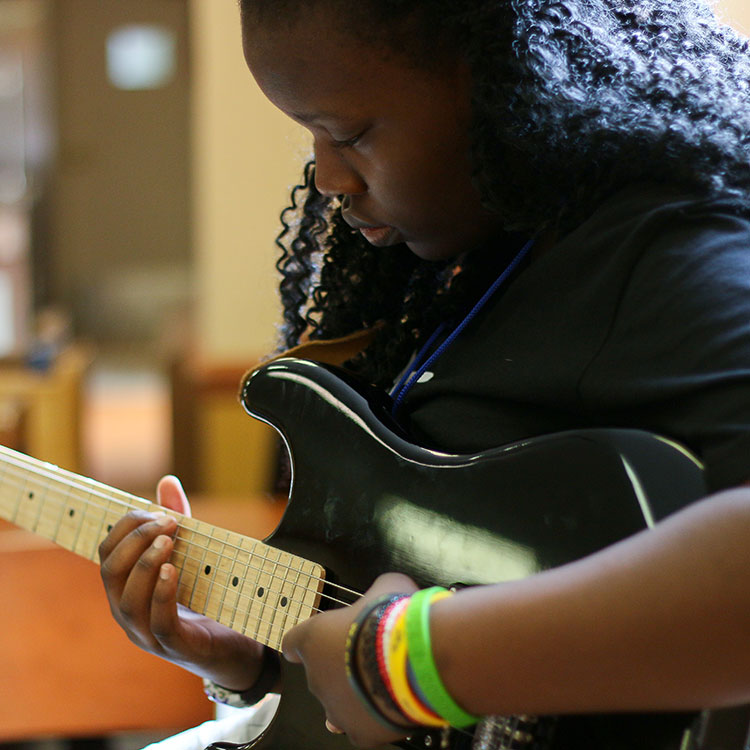 For the Girls Rock! volunteers, the relationships are often truly reciprocal. Many of the volunteers talk about feeling more confident, empowered and encouraged to make art after experiencing the positive and collaborative environment.

Volunteer drum teacher Jen Porter — who uses her experience as a teacher at Environmental Charter School to help with her camp lessons — credits her involvement with the program in her decision to start her own band, Mani Pedi.

“I was never in a band. It didn’t seem like an option,” she says of her own teenage experience. “I wouldn’t have started my own band without Girls Rock! To see them be brave and just try things — there’s no right or wrong. They haven’t internalized the rules.”

Members of the public are welcome at the showcase on Aug. 12, but beware: Just like all the other hot tickets in town, this star-studded concert is sure to be standing-room only.