Pittsburgh's Flicks and Nightlife in June

This month: Tips on painting Pittsburgh. 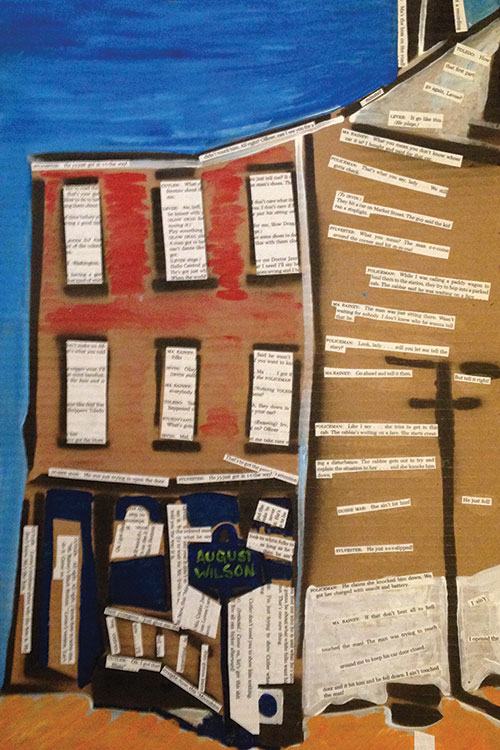 Ryan Ian McCormick has been painting city scenes since he arrived in Pittsburgh from his native Michigan in 2009. His art has a sense of exploration and discovery particular to those who have arrived at a place, rather than emerged from it.

With his six-month Re-Imagining Pittsburgh Workshop, at the multipurpose Assemble community space in Garfield (4824 Penn Ave.; 412/254-4230, assemblepgh.org), McCormick is offering tips to artists of all skills who want to depict the city.

Each month, the three-hour workshop (this month on June 3) focuses on a single landmark. Recent months looked at the National Negro Opera Company and August Wilson’s childhood home; The June subject is the Crawford Grill, with the Wilkinsburg Train Station, the Garfield water tower and the Carrie Furnace on deck for July, August and September, respectively.

Participants will learn how to depict these famed sites using collage techniques, assembling found objects into buildings and settings, and using acrylic paint. The series culminates in an exhibition of McCormick’s work throughout September at Assemble.

Reel Stories, co-presented with City of Asylum (cityofasylum.org), was born as a three-month, three-film engagement; in its second year, that tally has doubled.

“We exceeded our expectations for attendance; we were selling out every event,” says Kevin Lovelace, executive director of Reel Q. The following and mission of City of Asylum, which has been expanding its programming since opening its Alphabet City space on the North Side, made for a natural partnership, Lovelace says. “[We] saw a connection between what we were hoping to accomplish and what they already accomplish.”

Previously screened films have dealt with topics as diverse as “conversion therapy” camps in the Caribbean and intimate relationships across the Israel/Palestine border — topics which have a natural resonance with City of Asylum’s audiences. “City of Asylum is dedicated to giving voice to diverse experiences,” says Ayne Terceira, City of Asylum’s digital marketing coordinator. “These internationally recognized films demonstrate that the LGBTQ experience is cross-cultural and border-defying.”

In addition to Reel Q and City of Asylum, several of the screenings are being co-presented with other nonprofit organizations such as Silk Screen, JFilm, Black Pride and Café Con Leche.

“There’s a strong film community in Pittsburgh who are collaborative and supportive of one another’s work,” Lovelace says.

This month’s selection is “Gun Hill Road,” a 2011 drama set in the Bronx; the film was a hit at a previous Reel Q festival, Lovelace says. “Gun Hill Road” concerns the coming-out experience of a Latina trans woman; the role is played by a Harmony Santana, a transgender actress (many trans roles still are given to cisgendered performers, making “Gun Hill Road” something of a rarity). The film will screen at 7 p.m. on June 14 at Alphabet City; Reel Q also will be screening short films at the Harris Theater Downtown during Pittsburgh Pride (June 2-11).