Pittsburgh's Eli Rogers: In The Slot and Here to Stay

Steelers wide receiver Eli Rogers went undrafted and struggled through injury en route to his first NFL game. Now, he looks to be a fixture of the team’s offense for seasons to come. 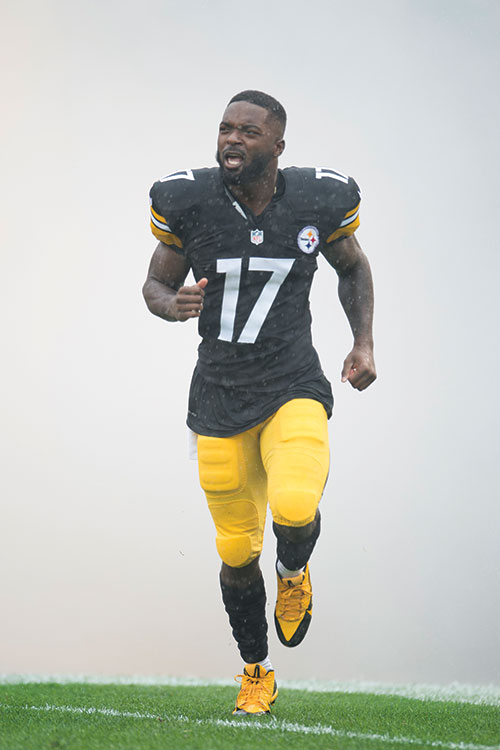 He took the long way to the NFL and to the Pittsburgh Steelers. It took time for him to carve out a role on an offense boasting three All-Pros — and one that opened the season with designs on scoring 30 points a game.

Eli Rogers was confident enough in his eventual destination that he didn’t mind the wait.

Nor did Rogers consider the initial steps he took early this season — steps that included a touchdown reception in his first NFL game on Sept. 11 at Washington — as symbolic of his NFL arrival.

He may not have been drafted. He may have had to wait a season to be healthy enough to make the team. To Rogers, his story is much more about where he’s going than where he’s been.

“I already knew this was going to happen,” he maintained in early September in a Charlotte locker room, after the preseason finale but before Rogers’ spot on the Steelers’ 53-man roster had been officially secured. “For it to happen right now, to come to fruition, it’s a blessing. But at the end of the day I knew. 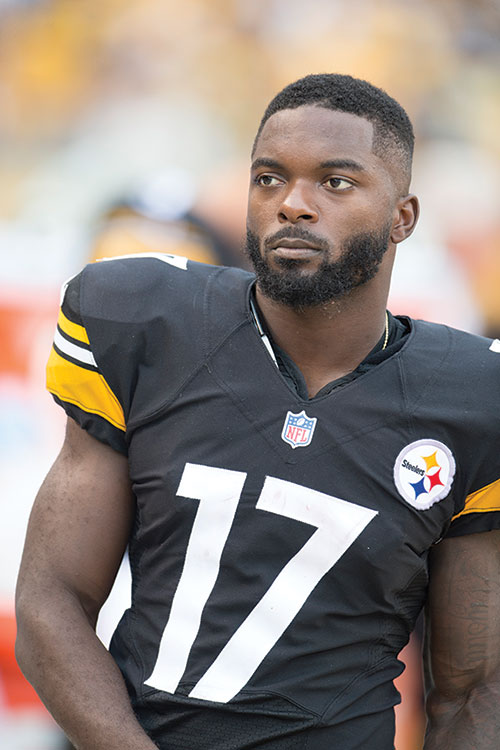 Rogers, a native of Miami, played his college ball at the University of Louisville with quarterback Teddy Bridgewater, a first-round pick in the 2014 draft, and receiver DeVante Parker, a first-rounder in 2015.

Surrounded by such sought-after talent, it was easy for evaluators to overlook the 5-foot-10, 180-pound slot receiver who averaged 44 catches and 505 receiving yards in four collegiate seasons. But it was the Steelers’ initial interest in Parker that eventually got them to notice Rogers.

“I was going to DeVante Parker’s (pre-draft) workout at Louisville and in preparation for that, I’m watching tape,” Steelers offensive coordinator Todd Haley says. “I kept seeing this guy in the slot making plays.”

From there, Rogers had the Steelers’ attention. And when Louisville held its Pro Day for draft-eligible players on March 11, 2015, the Steelers’ interest was piqued.

“I remember I bench-pressed 225 pounds 18 times and Coach [Mike] Tomlin was sitting on the next bench. He clapped me up and said, ‘Great job,’” Rogers recalls. “And then after the field work in the indoor [practice] facility, Coach Tomlin said he wanted to see me catch some punts, so we went inside the stadium.

“I returned some punts and I was like, ‘Coach Todd, I’m the steal of the offense in the whole draft.’ I told Coach Tomlin, too.”

The Steelers didn’t draft Rogers. Neither did any other team in a process that included the drafting of 35 wide receivers, including the Steelers’ third-round selection of Auburn’s Sammie Coates.

But when the draft ended, the Steelers were quick to offer Rogers an opportunity as an undrafted free agent. Rogers was quick to accept.

NFL-ready slot receivers — players who line up between the wide receivers and the offensive line and work the middle of the field more than the sidelines — are tough to come by, Haley says, because most NFL slot receivers don’t play in the slot in college.

“Whether they’re high picks, late-round picks, sometimes even free agents, they’re usually the big dogs at their schools,” Haley says. “The big dogs are always outside the numbers.

“Finding a guy that played the slot in college, it’s very rare these days. The guys we’re getting now we’re training for two years, trying to get them to understand how to play in there — because it’s a totally different game.”

It was a game Rogers had grown to appreciate.

“I love the slot,” he says. “I feel like I’m able to navigate through traffic well. I get to read the coverages a lot better because I’m in the mix … I get to see the visual of the defense and the whole structure of everything.”

Rogers likely would have made the team last season had he not suffered a broken foot in training camp. Many college free agents are waived-injured under such circumstances.
Rogers was placed on the injured reserve list, which signified the Steelers’ long-term interest. “I knew he’d be way ahead of the curve,” Haley says. “He’s a tough guy, which means he can block, and has very good hands. He has the skill set to be effective.”

By training camp this summer, Rogers was showing up as one of quarterback Ben Roethlisberger’s sought-after targets in two-minute drills. Roethlisberger, perhaps more than anyone, appreciates Rogers’ ability to come hard out of breaks and make contested catches in a crowd. And when the regular season opened against the Redskins, Rogers started in a three-receivers set.

His first NFL game. His first NFL start. And, 27 seconds prior to halftime, his first NFL touchdown catch. Rogers was finally off and running — and then, again, he wasn’t. A toe injury sustained on Sept. 25 at Philadelphia was the latest delay Rogers had to work around.

But between exiting the Eagles game and his return to the lineup on Oct. 16 at Miami, Rogers refused to succumb to frustration.

“I wasn’t getting trapped in the moment,” he says. “I kind of just looked forward.”

This article appears in the December 2016 issue of Pittsburgh Magazine.
Categories: From the Magazine, Hot Reads, Steelers