Pittsburgh's Connection to an Out-of-This-World View of Space

Three men at NASA serve pivotal roles in maintaining the Hubble Space Telescope, which has been taking high-resolution photos of deep space for more than 25 years. And they're all from Pittsburgh. 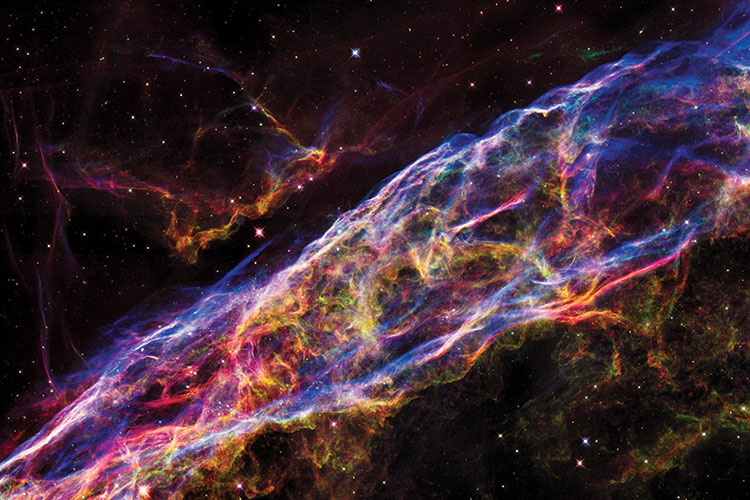 This view of the Veil Nebula supernova remnant is a mosaic of six Hubble pictures of a small area roughly two light-years across, covering only a tiny fraction of the nebula’s vast structure. This close-up look unveils wisps of gas, which are all that remain of what was once a star 20 times more massive than our sun.

It’s often said that no matter where you go, it’s easy to find a Pittsburgh connection. That’s even the case when looking far into deep space.

NASA launched the Hubble Space Telescope in 1990. Since then, images captured by the telescope have filled the pages of more than 10,000 scientific papers — one of which won a Nobel Prize — and countless astronomy textbooks.

The Hubble Telescope relies on a team of hundreds of engineers, managers and scientists to keep operating at peak efficiency. In that state, it orbits the Earth at a rate of almost 5 miles per second — fast enough to travel across the continental United States in 10 minutes and circle the entire planet in 95.

Deputy Project Manager Jim Jeletic, Ground System Manager Jim Reis and Deputy Mission Operations Manager Mike Myslinski all are essential to the day-to-day operation of Hubble. All three men work out of NASA’s Goddard Space Flight Center in Greenbelt, Md., but they each claim Pittsburgh as their hometown.
​ 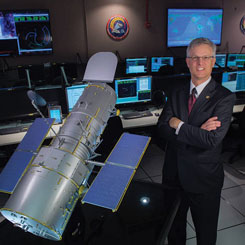 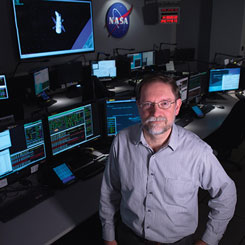 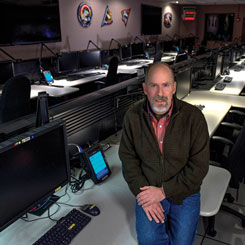 Jeletic, 54, a native of Avalon and graduate of Northgate High School, works with the Hubble project manager to oversee all aspects of the mission (technical, budgetary, etc.).

Growing up, Jeletic long had dreams of becoming an astronaut, as many children do. “My goal in life from the time I was about 4 years old was to work for NASA,” he says. “I was enthralled by the Apollo missions and the Space Race.” 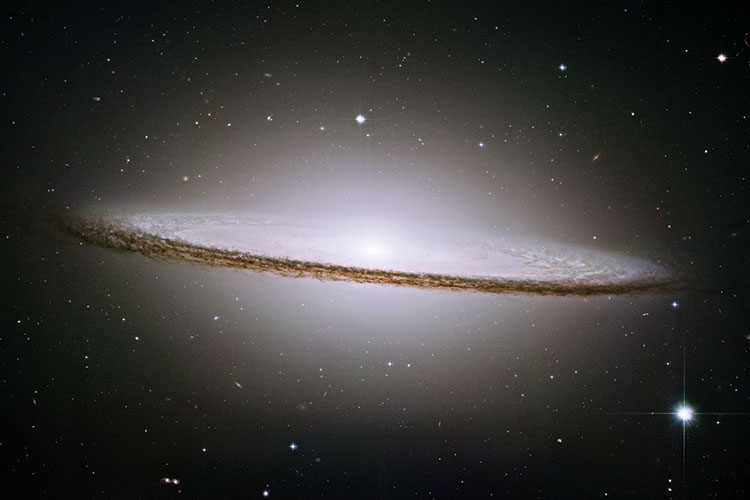 A brilliant white core is encircled by thick dust lanes in the Majestic Sombrero Galaxy, seen from the edge. The galaxy is 50,000 light-years across and 28 million light years from Earth. Photo by NASA Hubble Space Telescope.

After earning a degree in computer science from the University of Pennsylvania, Jeletic began working for NASA in 1984. He eventually became a co-director of NASA’s Software Engineering Laboratory and earned a master’s degree in engineering and management from George Washington University. In 1998, he accepted an offer to switch teams and work for Hubble.

“I would’ve loved to have been [an astronaut], but I wasn’t going to [pass the vision requirement],” he says. “I did the next best thing, though — my goal was to explore the universe.”

​Jeletic acknowledges the role his Pittsburgh upbringing played in his success at NASA. “There’s an ethic [in Pittsburgh] of hard work, and I think that was instilled in me as a young kid, that you’re going to have to work hard in life,” he says. 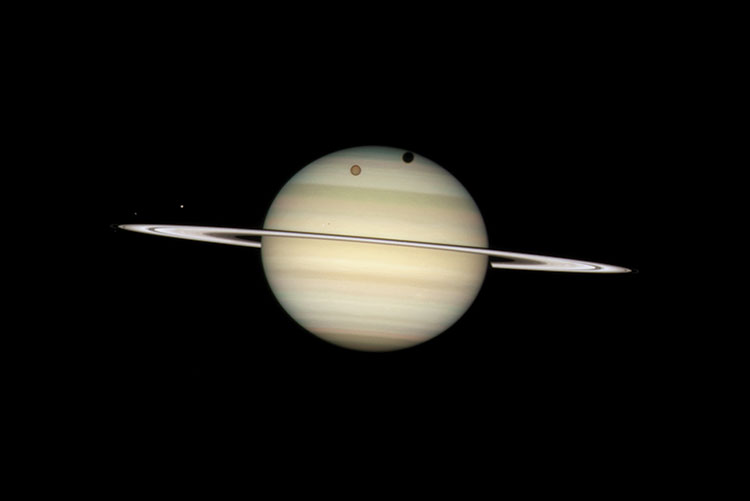 ​Jeletic also speaks of Pittsburgh’s unique spirit of community. “Other areas of the country don’t have as much of that because they’re very transient, but in Pittsburgh you have that feeling of home and community,” he says.

For Jim Reis, a graduate of Baldwin High School, a job at NASA came after earning a degree in computer science from the University of Pittsburgh and a stint working at U.S. Steel.

​Reis, 47, has worked on Hubble for 20 years. He maintains ground-based computers that are essential to the spacecraft, providing upkeep for the system and keeping it secure.

​Reis applied to join NASA after he toured the Goddard Space Flight Center in his senior year of college, where he found a team that worked with the latest technology and had an opening for someone with his skillset.

“I walked through a couple of labs, I met with a lot of people, and that’s what really got me interested,” Reis says. “The labs were embedded systems, hardware labs; they looked very fascinating to me. The teams seemed to be interfacing very well, and they had a mix of computers [Macs and PCs] at the time.” 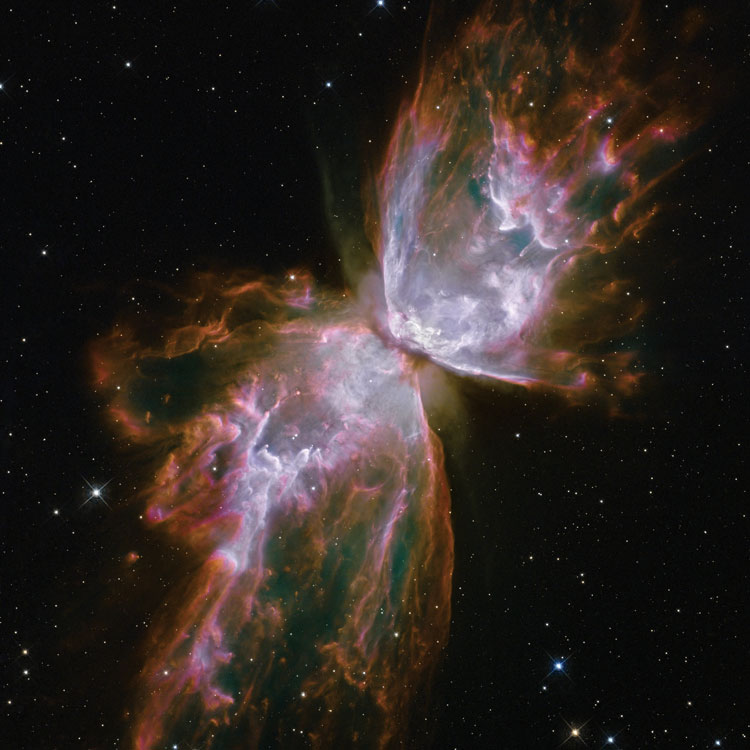 An image resembling a butterfly emerges from a stellar demise in a planetary nebula | photo by NASA Hubble Space Telescope.

After five years as a computer engineer at NASA, Reis joined the Hubble team in 1996. Since then, he has earned a master’s degree in computer science from Johns Hopkins University.

Although Myslinski, 62, was born in New York, he considers Pittsburgh to be his hometown because he moved to the city as a teenager. He graduated from Central Catholic High School in Oakland and the University of Pittsburgh, where he earned degrees in physics and computer science. 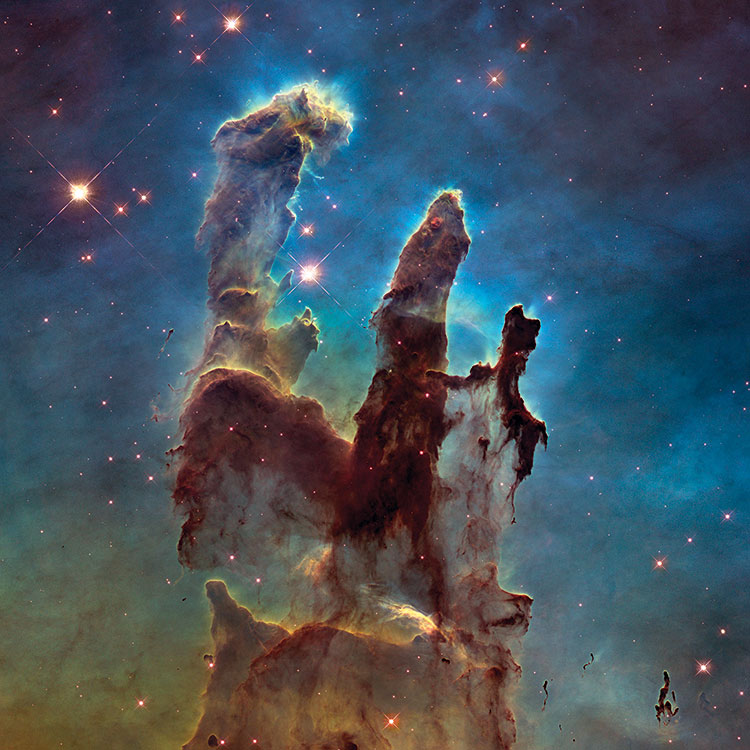 The famous Pillars of Creation, part of the Eagle Nebula, are about 5 light-years tall | Photos by NASA Hubble Space Telescope

From Pitt, Myslinski began working at PPG Industries. A few years later, he ended up at NASA in 1979 as a spacecraft analyst. A college friend was employed by a company at the Goddard Space Flight Center, which needed someone to work on the spacecraft flight computer software for a new project. Myslinski says although he had no experience with spacecraft, his degrees, along with his programming experience from PPG and a recommendation from his friend, landed him the job.

Fast forward to 1992, and Myslinski joined the Hubble team, where he is responsible for the telescope’s overall wellbeing. 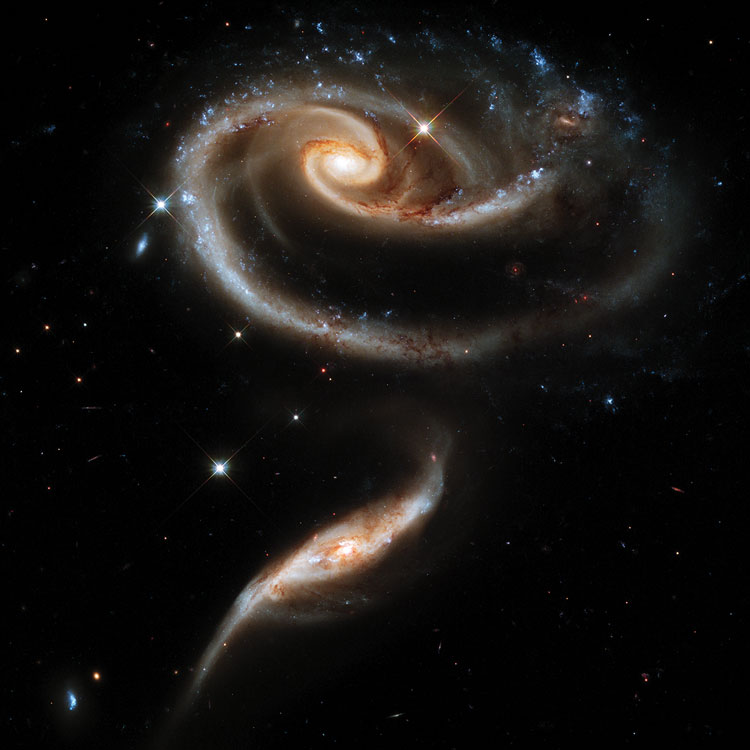 The largest of interacting galaxies Arp 273 has a disk distorted into a rose-like shape.

For Myslinski, highlights of working on the space telescope have been the manned servicing missions. There have been five missions since the telescope was launched in 1990, the first in 1993 and the last in 2009. During each mission, a team of astronauts interface with the telescope far above Earth’s atmosphere, repairing or replacing broken and outdated components.

“There’s a lot of activity, a lot of different types of work going on [during the servicing missions],” Myslinski says. “We’re working very closely with the people down at [the Johnson Space Center in Houston], the astronaut corps down there, just putting together a very detailed, choreographed timeline during the missions.

“I find that very exciting and very challenging — we had five missions, and each one was different, with its different challenges.”

The Hubble Space Telescope was designed to be modular, so components in the telescope can be replaced to keep pace with changing technology. 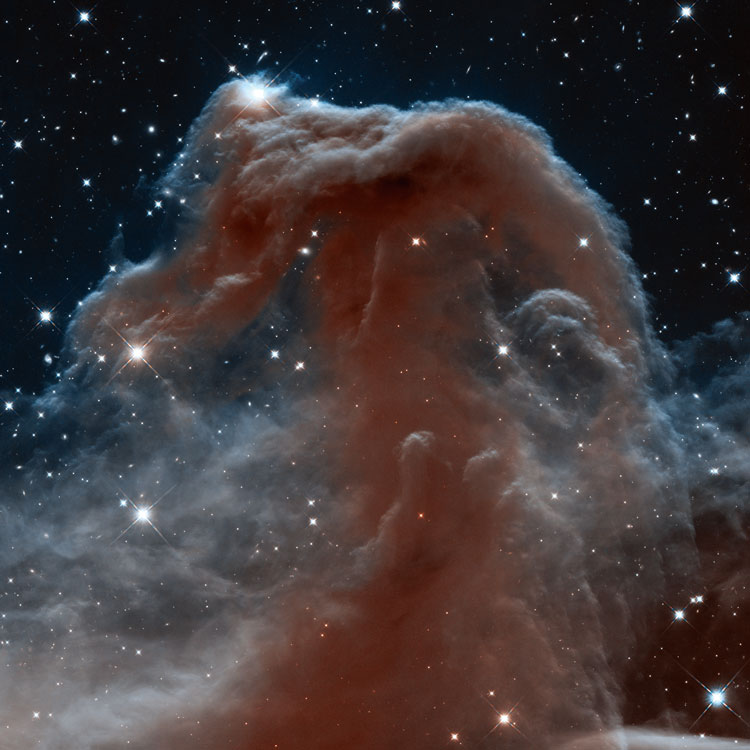 The rich tapestry of the Horsehead Nebula pops out against the backdrop of Milky Way stars and distant galaxies.

Although NASA officially ended space shuttle missions — including servicing missions to Hubble — seven years ago, there still is plenty of maintenance work to be done from the ground.

​Reis says working on Hubble didn’t get any less exciting after NASA stopped launching manned servicing missions. “The challenges today are kind of what keep me excited,” Reis says. “We go through what we call ‘tech refreshes,’ where we go through what’s obsolete in the ground systems and replace it. And we do those annually, and I find that really exciting”

Each of the men says he retains close ties to Pittsburgh, where they still have relatives. Jeletic and Reis make regular visits to the city; Myslinski says he doesn’t make it back as much as he’d like.

“Pittsburgh never leaves you, even when you do move,” Jeletic says. “Pittsburgh is very unique. I’m fortunate to work from NASA, and I also feel very fortunate that I came from the city of Pittsburgh.”

“Certainly folks from Pittsburgh have a great work ethic, and that translated well to coming to work for NASA,” says Myslinski, whose three sisters still live in western Pennsylvania. “There’s a lot of hometown pride, I’d say, especially when it comes to sports. People are proud to say they come from Pittsburgh.

I’m proud to say I come from Pittsburgh.”

Brian Trimboli is a former Pittsburgh Magazine intern. He’s a graduate of Carnegie Mellon University, where he was editor of CMU’s student newspaper, The Tartan.

This article appears in the October 2016 issue of Pittsburgh Magazine.
Categories: Community Feature, From the Magazine, Hot Reads