This month's lineup includes The Klezmatics, The Affordable Floors and a curated list of some of the most worthwhile holiday musical outings. 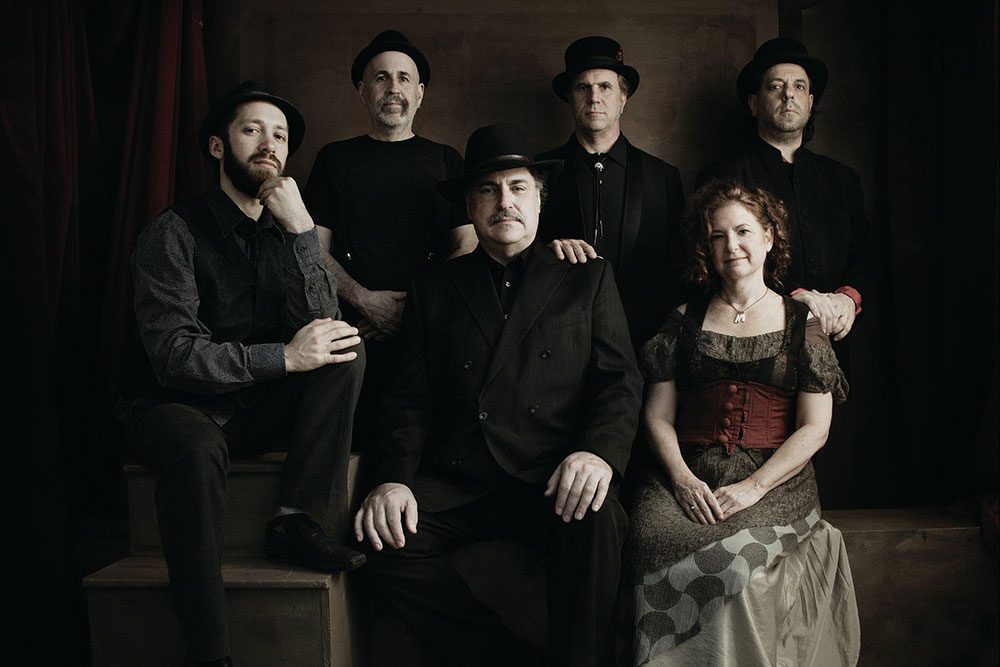 Dec. 5 Pile (with Calyx)
Pile is a DIY success story for the decade. The prolific noise-rock band has put out seven albums and toured relentlessly since 2007, amassing a large following along the way. Often considered a “band’s band,” Pile is known for its consistent self-reinvention, dynamic live performances and dedication to the DIY ethos, with performances at small, all-ages venues such as this month’s show at The Mr. Roboto Project. Pile will be joined by one of Pittsburgh’s favorite local rock bands, Calyx.
BLOOMFIELD: 5106 Penn Ave. therobotoproject.com

Dec. 14 The Klezmatics
There is plenty of Christmas cheer in Pittsburgh this month (more on that later), but join The Klezmatics for an evening of its innovative klezmer music and a celebration of Hanukkah. The Klezmatics have more than 30 years of Grammy-winning, multi-instrumental music that explores the deep spiritual heart and inventive outer edges of modern klezmer music. The evening, presented by Calliope, will incorporate music written for the Hanukkah-inspired lyrics penned by the late Woody Guthrie, as well as a pre-concert workshop with The Klezmatics. Chag Hanukkah sameach!
OAKLAND: Carnegie Library Lecture Hall, 4400 Forbes Ave., Oakland, 412/361-1915, calliopehouse.org

Dec. 20 The Affordable Floors with Dinosoul
Judging based on hat culture alone, the ’90s are back in a big way. In their heyday, The Affordable Floors was one of Pittsburgh’s most popular New Wave bands. It played regularly at storied Pittsburgh venues such as the Electric Banana and Graffiti and got airplay on national college and commercial stations. The band broke up in the mid-’90s but reunited to release an album last year. Not every band — or hat — is worth revisiting, but The Affordable Floors are an integral part of Pittsburgh music history, so maybe try it on again. For this show at Thunderbird Cafe & Music Hall, the band is joined by local indie-synth duo Dinosoul.
LAWRENCEVILLE: 4053 Butler St. 412/682-0177, thunderbirdmusichall.com

You can’t throw a candy cane without hitting a singing Santa Claus in December, so allow me to present — gift-wrapped in this beautiful magazine — a curated list of some of the most worthwhile holiday outings:

Heinz Hall always plays gilded and be-garlanded host to a number of holiday events during the month. A stalwart favorite is the PSO performance of Handel’s “Messiah” with the Mendelssohn Choir of Pittsburgh (Dec. 7). It will also continue a longstanding tradition with a handful of performances of the Highmark Holiday Pops (Dec. 13-22). If you’re keen on the brass section, perhaps you’ll like the PSO360 Holiday Brass Spectacular (Dec. 9). The PSO will also play alongside Irish collective Celtic Woman for its Christmas tour on Dec. 18 (pittsburghsymphony.org).

If you’re doing your Christmas shopping Downtown, why not pop over to Greer Cabaret Theater on Dec. 3 for The Pittsburgh Jazz Orchestra Holiday Concert featuring trumpeter Sean Jones and vocalist Rene Marie (trustarts.org)? Or take your horsedrawn sleigh across the river to Rivers Casino for country star LeAnn Rimes’ “You and Me and Christmas Tour” on Dec. 2 (riverscasino.com). MCG Jazz will have a night of festive contemporary jazz with ”A Peter White Christmas” for two concerts on Saturday, Dec. 7 (mcgjazz.org).

If you’re looking to rockabilly around the tree, Jergel’s presents Reverend Horton Heat’s Holiday Hayride on Dec. 10 (jergels.com). Pittsburgh’s own doo-wop stars, The Marcels, have their Christmas concert at the Oaks Theater on Dec. 13 (theoakstheater.com). And when all the goose has been goosed and you need a little palate cleanser, head to Club Cafe for Bill Deasy’s Annual Boxing Day Show (Dec. 26, clubcafelive.com).

If you need a break from all the holiday-themed mirth, there are plenty of other live shows to catch this month. Alt-rockers Silversun Pickups head to McKees Rocks for a show at the Roxian Theater (Dec. 4, roxianlive.com) followed on Dec. 14 by popstars Hanson (mmm-yes, that Hanson). The Fatback Band and the Ohio Players Band bring funk to the August Wilson African American Cultural Center on Dec. 6 (trustarts.org). And Yanni does a paired-down piano set as part of his Pure Yanni tour at the Benedum on Dec. 9 (trustarts.org).

At Club Cafe, the indie-rock-with-occasional-rapping group Why? returns to Pittsburgh for a show on Dec. 20 (clubcafelive.com). Finally: one of my favorite couples got engaged after a The Get Up Kids show a few years ago. If you go see the Kids at the Rex Theater on Dec. 13, I can’t guarantee that you will get engaged, but I also can’t guarantee that you WON’T get engaged! (rextheater.net)

This article appears in the December 2019 issue of Pittsburgh Magazine.
Categories: Arts & Entertainment, From the Magazine, Things To Do