So why do brides and grooms tend to flock to these spots?

On any given summer Saturday, you’ll likely catch a glimpse of a white dress or tuxedo in any of these five spots. They’re popular for a reason — they showcase the city and offer a beautiful vista as a backdrop. 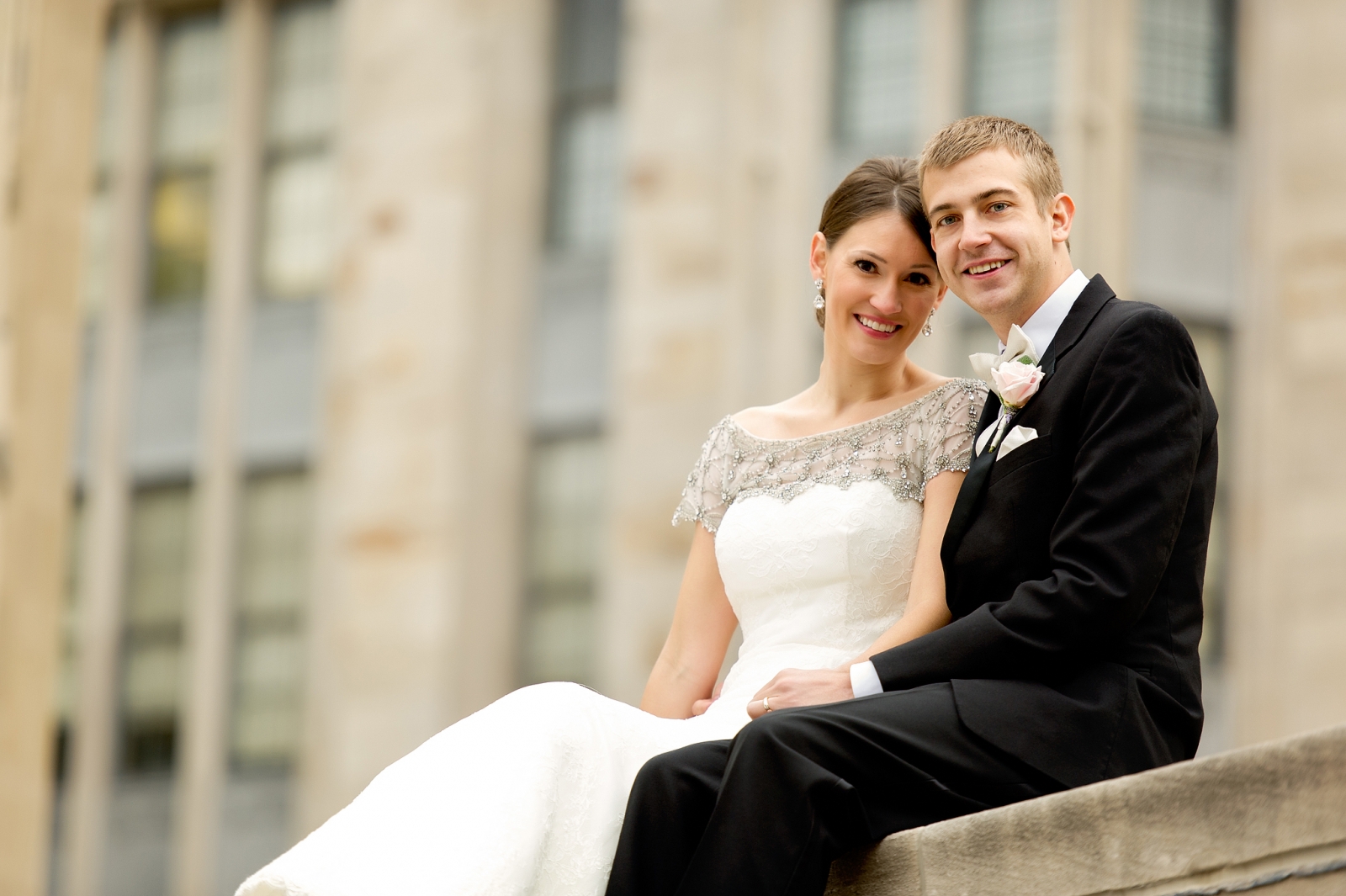 This is by far one of the most popular spots to take wedding photos. The pillars provide nice lines and a neutral backdrop photographers love, and fans of all things Pittsburgh and Hollywood love that the Batman movie “Dark Knight Rises” was filmed there. 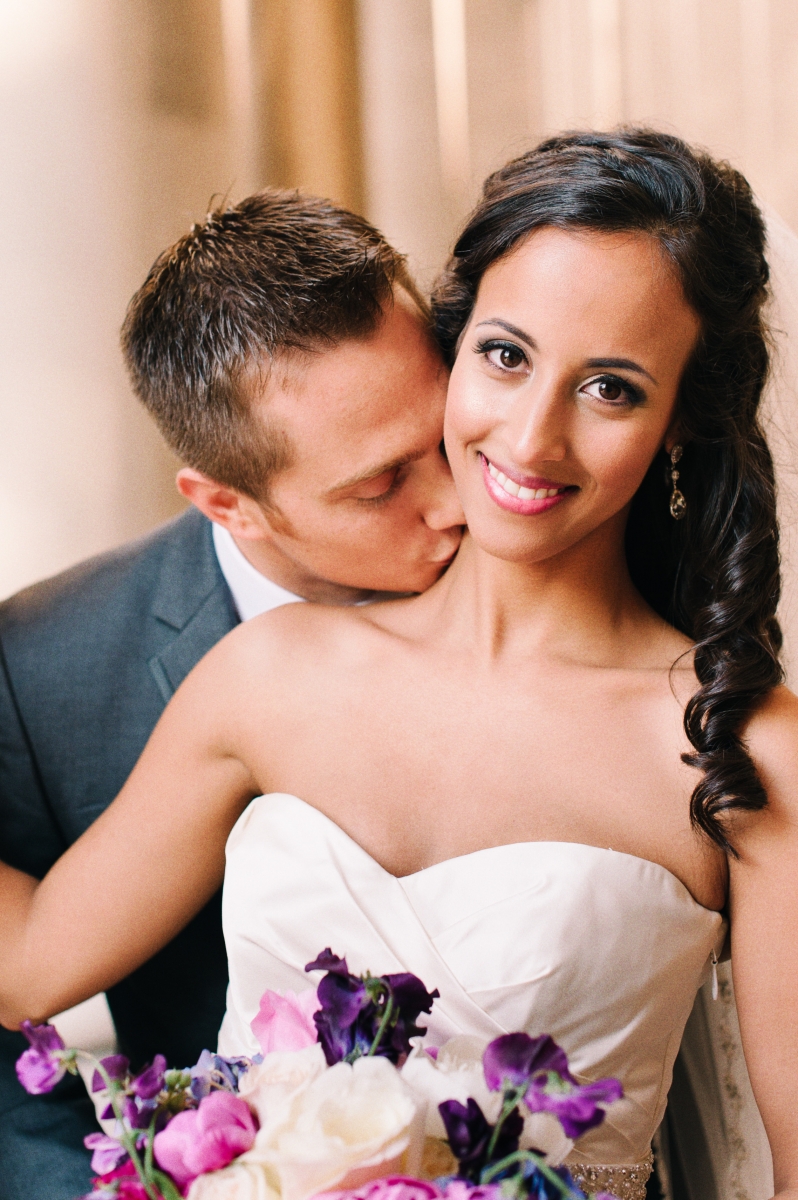 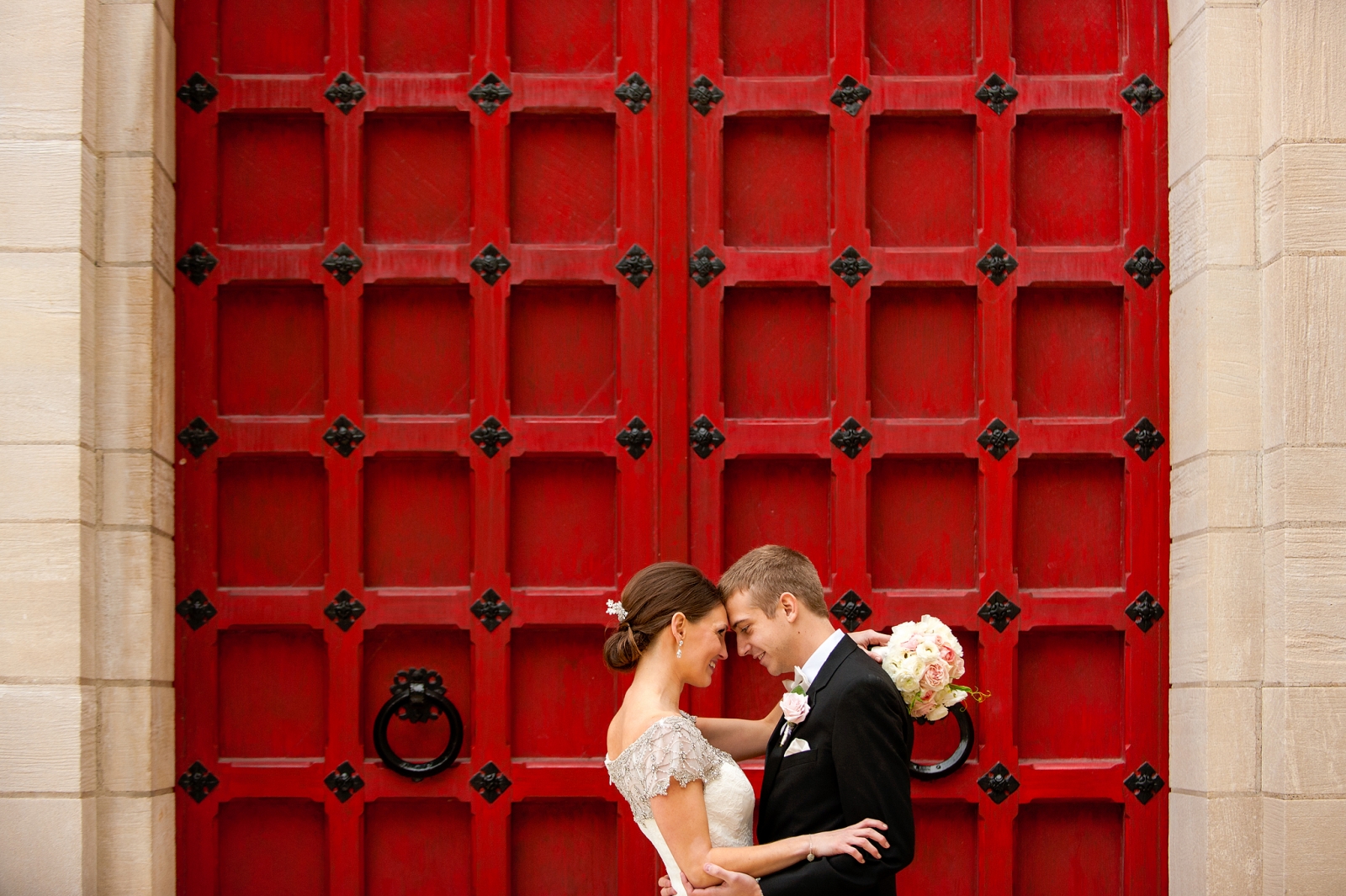 2. The doorway of Heinz Memorial Chapel

Even if they’re not getting married in Heinz Memorial Chapel, lots of Pittsburgh couples seek out this spot for photos. By standing outside, they get the red backdrop of the doors; inside, they stand in a beautiful frame with the Pitt’s Cathedral of Learning in the background.

“The Heinz Chapel door was perfect for adding a pop of color to our pictures,” says Emilie O’Leary, who married her husband, Michael, at St. Paul Cathedral on Nov. 8, 2014.

Lauren and Scott Stepenosky were married at Heinz Chapel, and also used the chapel's big doors for their photo backdrop. 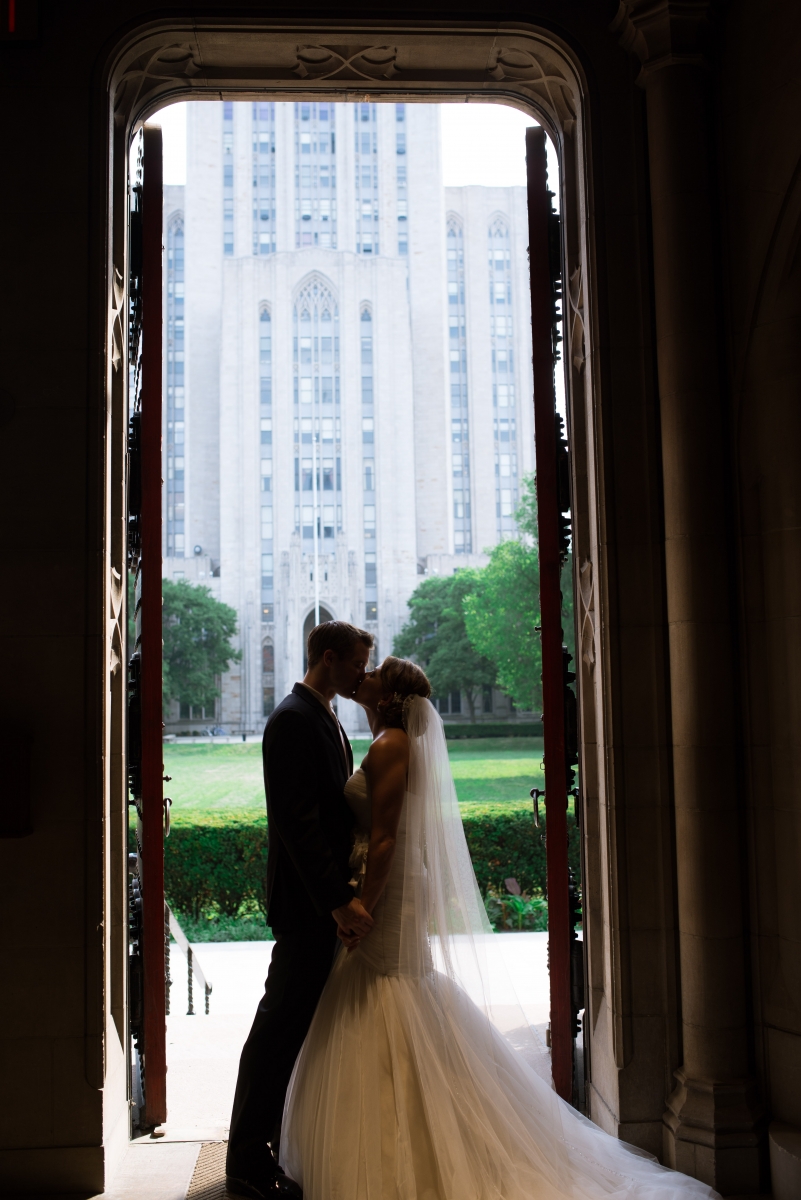 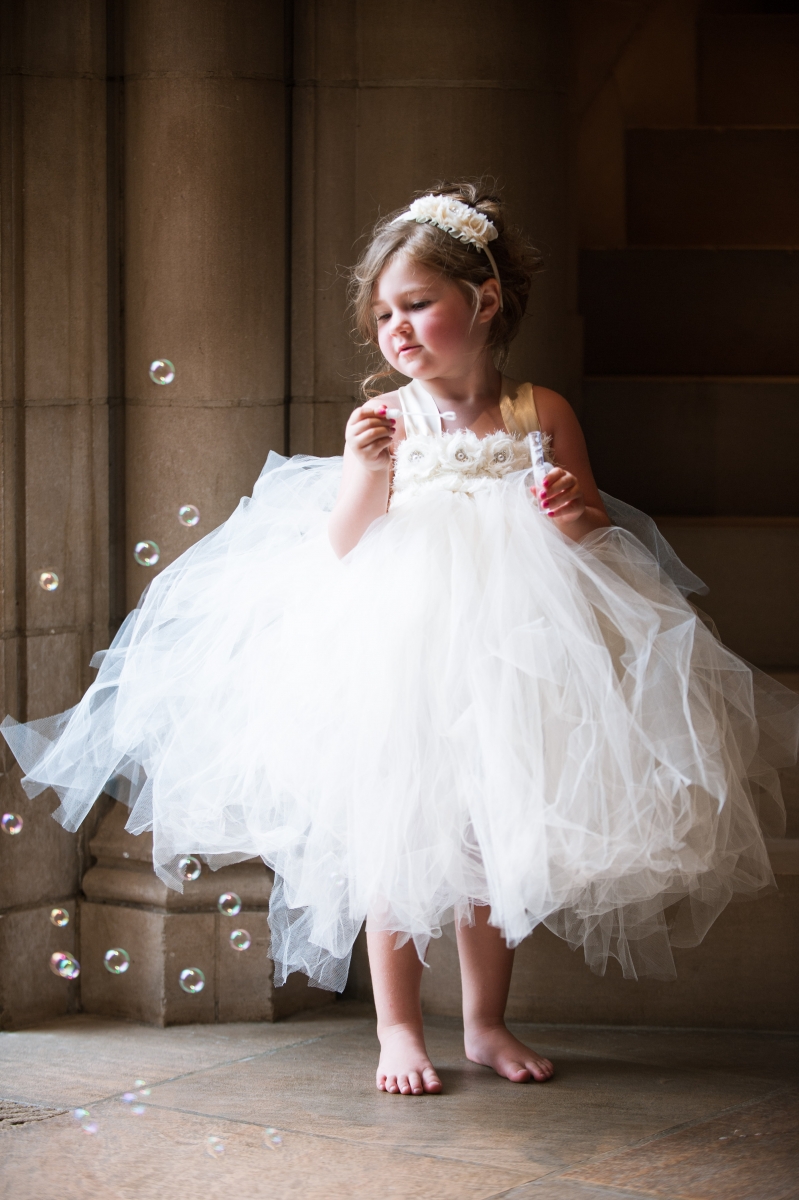 It’s a good spot to capture shots of your adorable flower girls, as well. 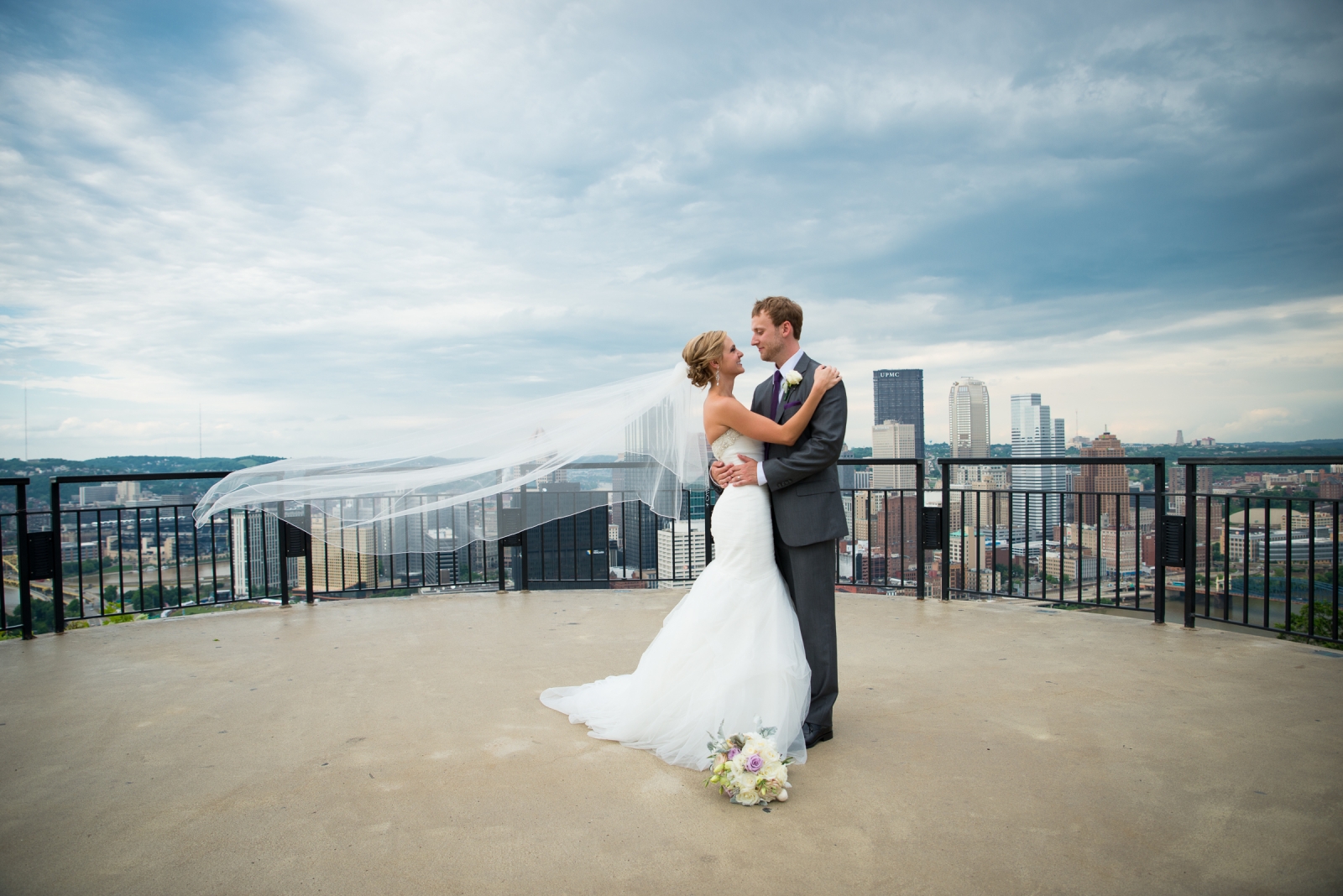 This may win for most popular spot to take photos anywhere in Pittsburgh, but especially on your wedding day. Whether you’re lining up your bridal party on the overlook or just sharing an intimate moment with your new spouse, this is a go-to for those wanting to show off their city.

“We wanted the iconic Pittsburgh background,” says Alyssa Jack, who married her husband, Robert, on June 13, 2014.

She noted it rained on her wedding day “in typical Pittsburgh fashion,” but the balmy weather inspired her photographer to capture this shot of her veil blowing in the breeze. 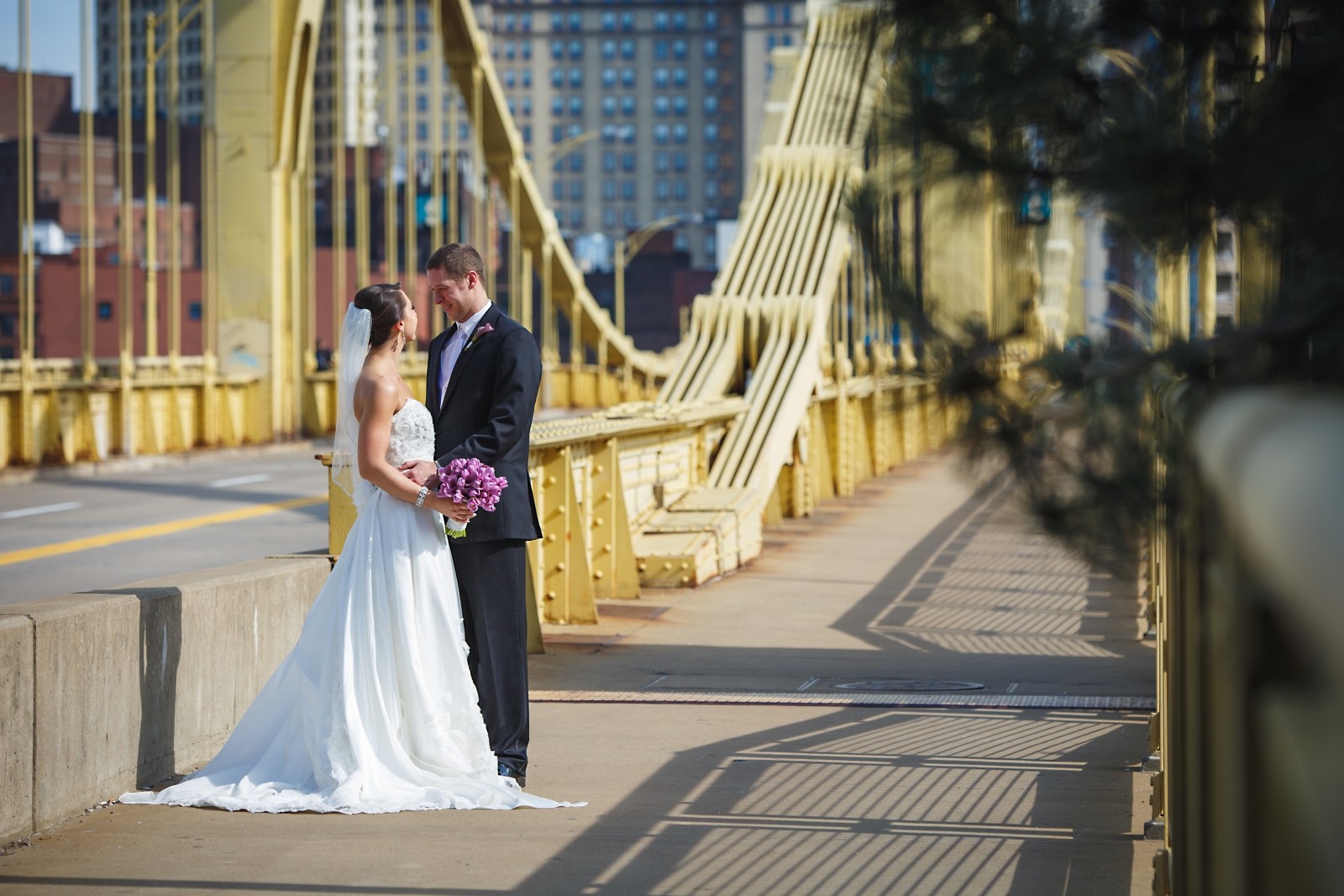 Hillary and Justin Saputski, May 24, 2014, Alisa Milnthorp for Weddings by Alisa

Of all of the 446 bridges in Pittsburgh, this is the one most likely to be spotted in a wedding photo. But the best part about this spot is you can stay on the bridge and get lots of color in the background or you can retreat to the North Shore, find a quiet spot with lots of greenery and get just a hint of the Pittsburgh skyline in the background.

You may have to stop traffic for a few of these poses, but it’s do-able.

“In typical Pittsburgh style, drivers gladly stopped to allow us to capture these special shots,” says bride Hillary Saputski, who married her husband, Justin, on May 24, 2014. “But not without leaving with a friendly beep and congratulations cheer.” 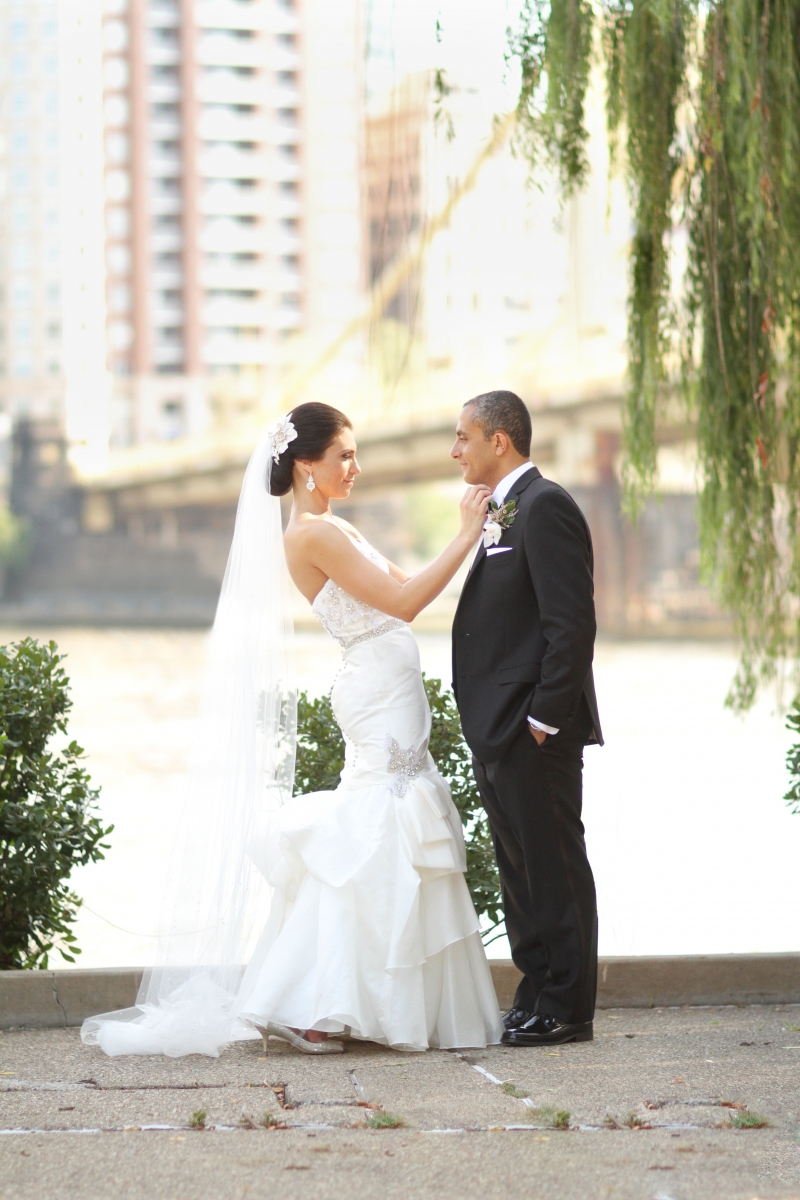 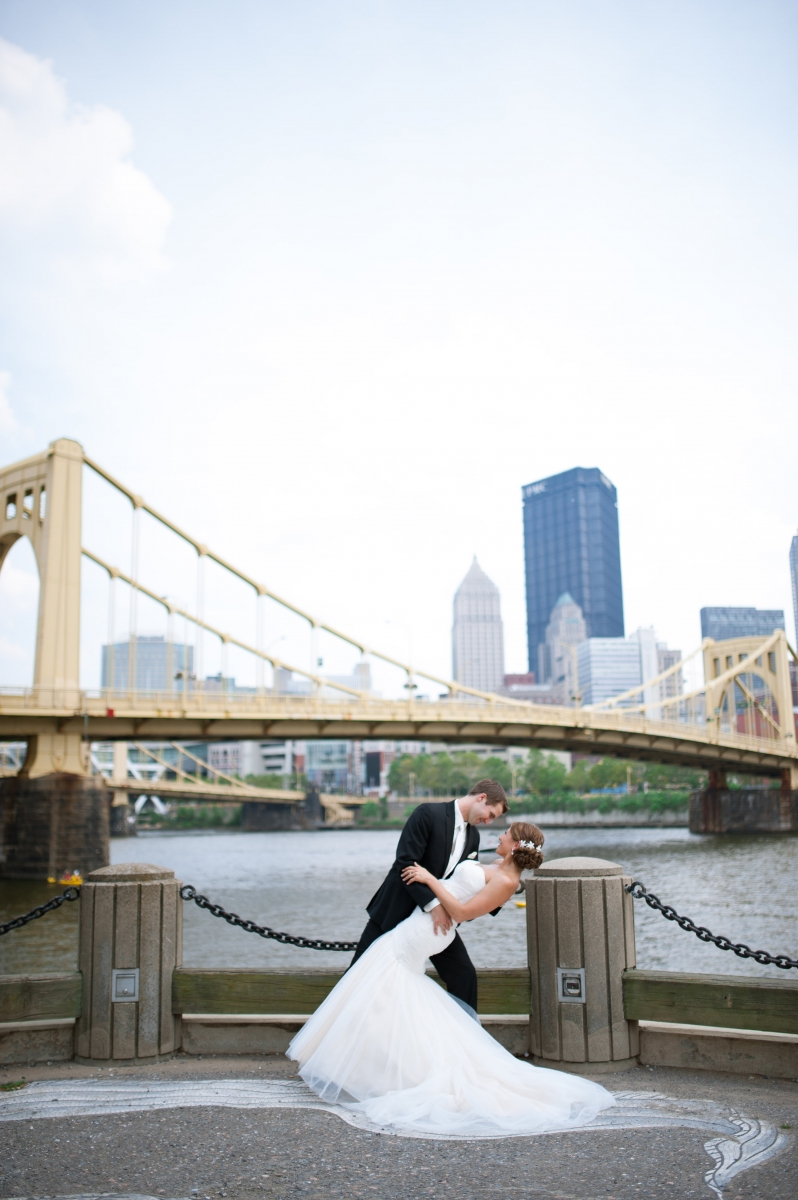 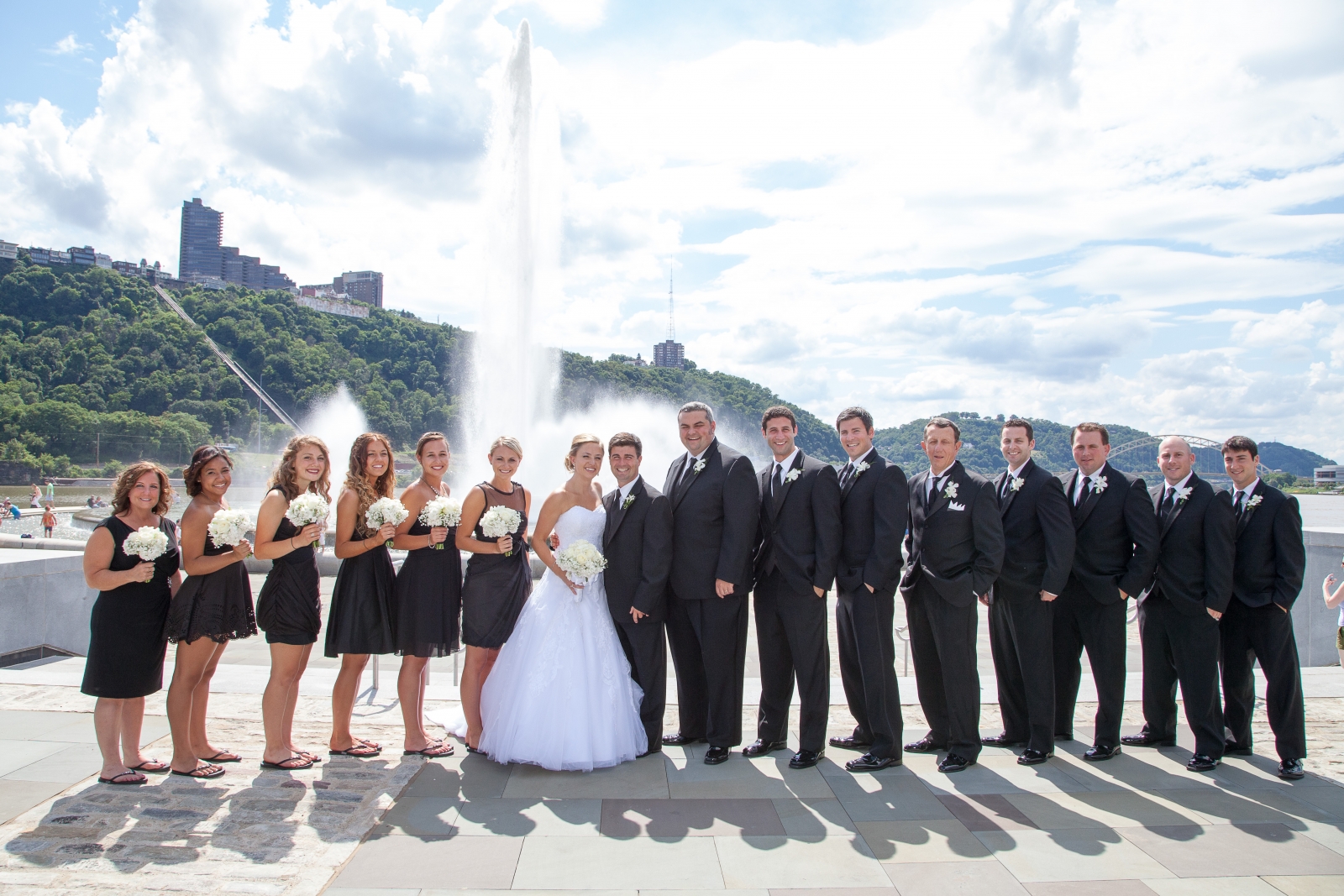 Last on our list is the Point State Park fountain. It’s not the most popular by any means — getting there means a walk that can seem long in high heels or a tuxedo on a hot day. (Photographers also warn against hitting this spot when the sun is high and the light is too strong).

But once it sprang back into action in 2013, couples who wanted one of Pittsburgh’s most picturesque spots for their weddings photos began finding their way there again. 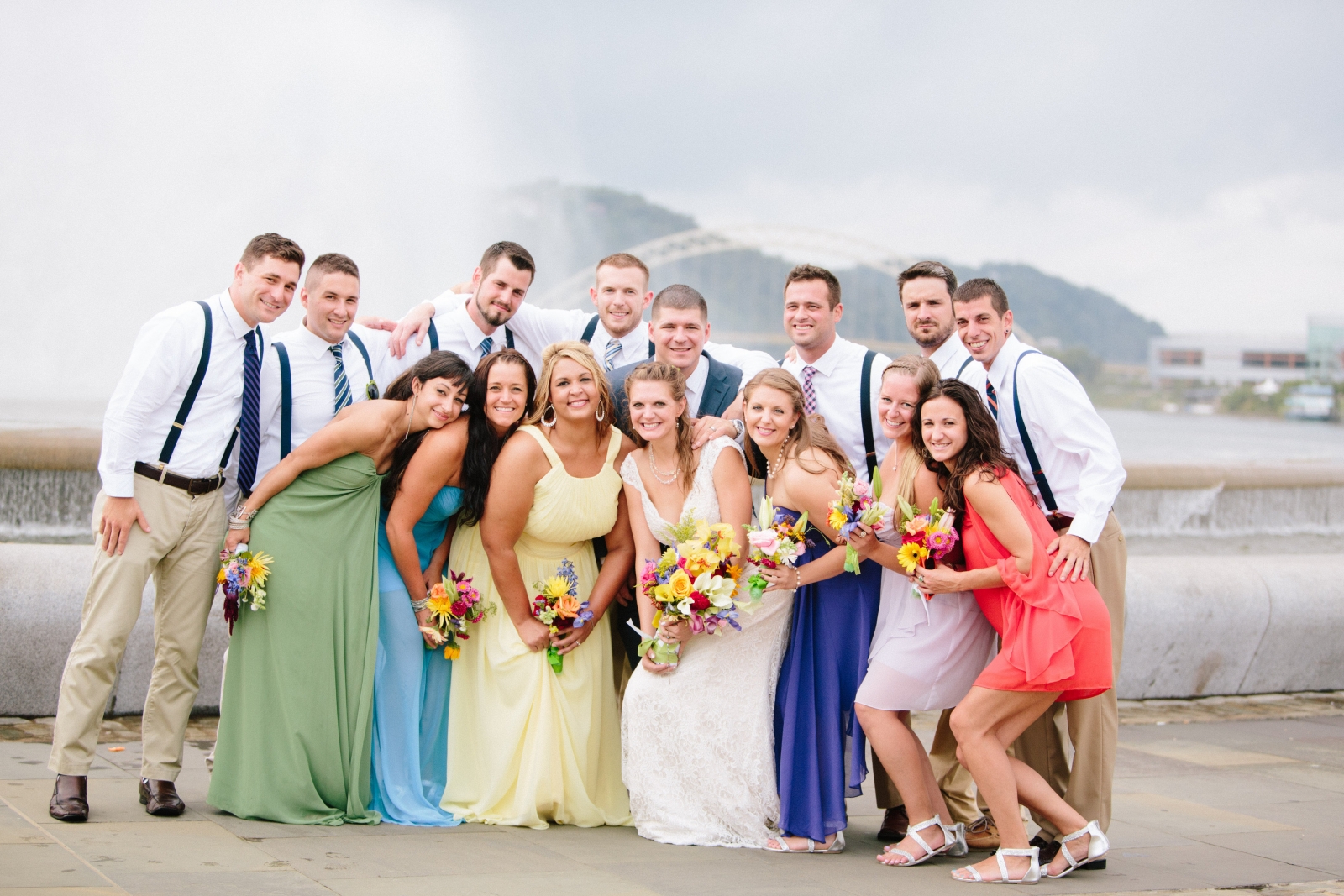 Be on the lookout next week for five of the most unusual spots to take wedding photos!