Pittsburghers Will be First to Experience Driverless Uber Service

The ride-sharing company plans to put 100 Volvo SUVs equipped to drive themselves on the road in Pittsburgh by the end of the month. 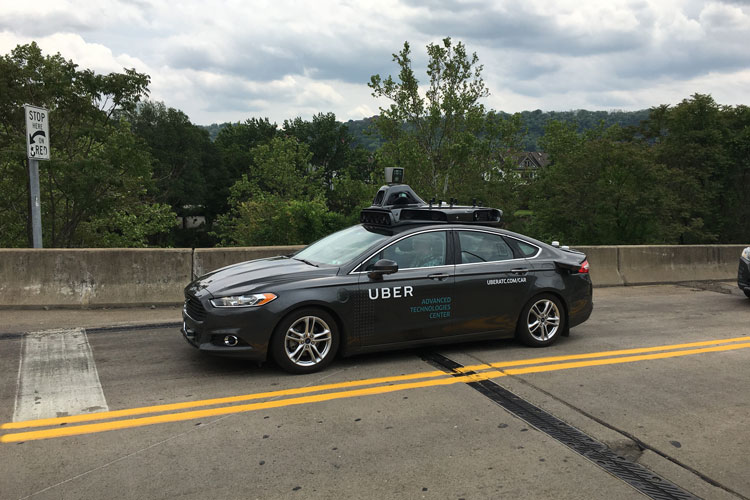 In the not-too-distant future, your next Uber ride may be in a driverless car. The ride-sharing company announced Thursday that it would soon roll out 100 Volvo Car Corp. XC90 sport-utility vehicles in Pittsburgh for use on short trips within the city. For now, the SUVs will have a highly-trained engineer in the driver seat in case something goes wrong.

During a recent test drive, a chime sounded signaling the driver to take the wheel as the car crossed the Allegheny River.

“Bridges are really hard,” Raffi Krikorian, the company’s engineering director told Bloomberg News. “And there are like 500 bridges in Pittsburgh.”

Uber cars haven’t been involved in any accidents since road testing began in Pittsburgh in May, but Krikorian expects it will happen sooner or later.

Driverless cars will be assigned trips at random with customers requesting service as they normally do via Uber’s app. The driverless rides will be free for the time being.

Uber CEO Travis Kalancik told Bloomberg he believes that eventually prices will fall so low that it will be cheaper to use a driverless Uber than to drive your own car.