The Marquis de Lafayette stopped in Pittsburgh just before the 50th anniversary of America’s independence. 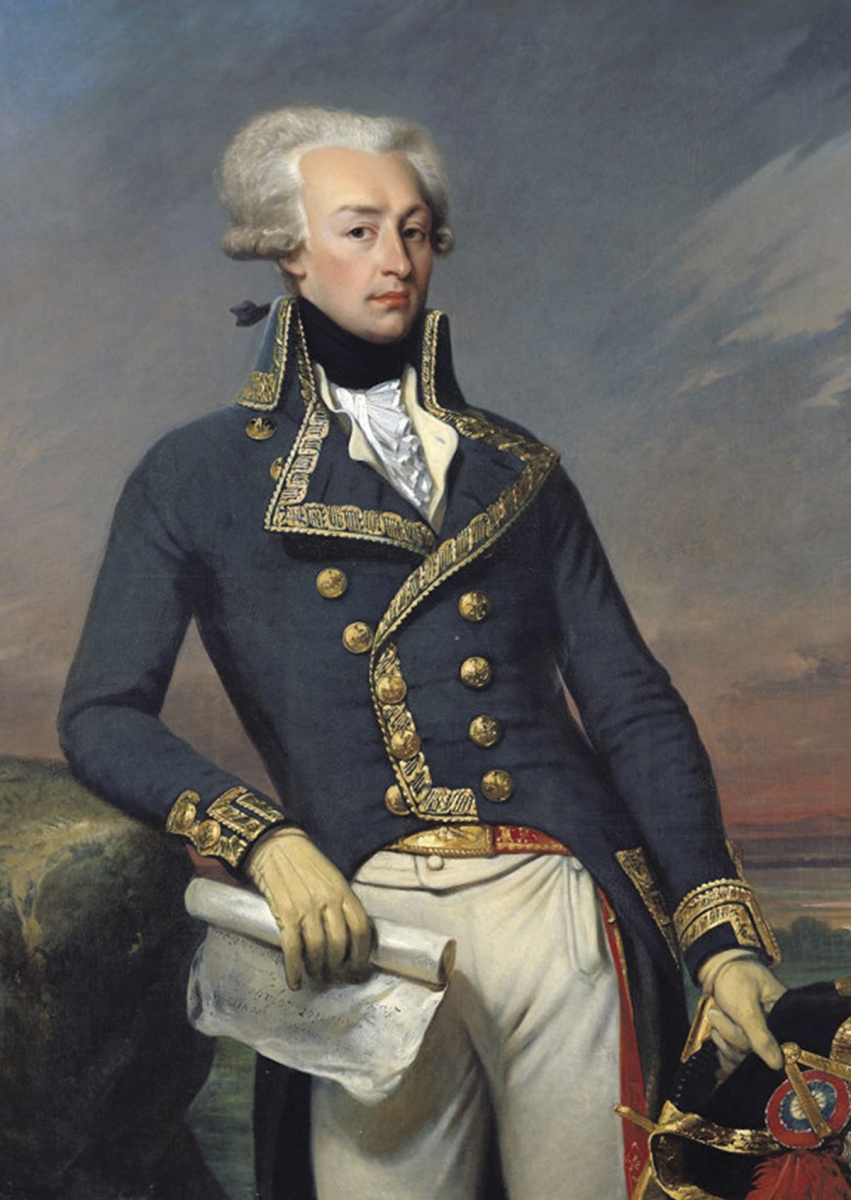 In the 19th century, Americans loved the Marquis de Lafayette. And 190 years ago, when he spent several days in western Pennsylvania, locals enthusiastically gave him the royal treatment.

In late May 1825, he visited Washington, Pa., Uniontown and Fayette County (named for him way back in 1783), Braddock (staying at the Wallace Mansion) and the Allegheny Arsenal in Lawrenceville (which then was not part of the city). Upon arriving at the Pittsburgh city limits, Lafayette was greeted by Mayor John M. Snowden and a barouche carriage drawn by four white horses. That magnificent vehicle carried him through city streets crowded with citizens; schoolchildren lined up along Penn Avenue and Wood Street to welcome him.

Why was the Marquis de Lafayette so popular? In 1777, when he was 19 years old, the rich and well-connected Lafayette came from France to help the new Americans who had declared their independence from England the year before. He truly admired the all-men-are-created-equal idealism and new ideas that were inspiring revolution. He also proved himself to be brave, committed (he was wounded at the Battle of Brandywine) and clever in military matters, serving and eventually commanding a division of Virginia troops.
When Lafayette returned to France, his work as an envoy and trade negotiator earned even more American respect. He later survived the French Revolution and a tumultuous political life — including five years as an Austrian prisoner — and the loss of his family’s fortune.

Then in 1824, as the United States began preparations for the 50th anniversary of independence, its Congress and President James Monroe invited the 66-year-old Lafayette to return to America to help kick off the festivities. He came for 14 months and toured all of the then-24 states, where he was received as the “Nation’s Guest” and a glorious reminder of America’s revolutionary past.

On his way to Pittsburgh, his steamboat, the Mechanic, snagged on some rocks and sank in the Ohio River (along with all of his suitcases and his money), but he persevered, arriving at Wheeling on May 24, 1825. From there, he took the new National Road to Uniontown.

At nearly all of these stops, Lafayette met with Revolutionary War veterans, many of whom had specific memories of helping him at the battle of Brandywine and other clashes in the late 1770s. With enthusiasm, he embraced and thanked them all, claiming to remember each of their encounters.

When he got to Pittsburgh, Lafayette especially was happy to reunite with Dr. Felix Brunot, his foster brother, who had come to America with him in 1777. Brunot, by the 1820s a well-known surgeon, had moved to Pittsburgh in 1797. He lived on the island just west of the Point that still bears his name: Brunot Island. The good doctor gave Lafayette a set of beautiful, Pittsburgh-made cut-glass tumblers; one now is in the Metropolitan Museum of Art in New York.

Lafayette stayed two nights at Darlington’s Hotel (also known as the Mansion House) at Fifth Ave. and Wood St. He wowed his Pittsburgh fans at the fanciest ball ever held in our city at Col. John Ramsey’s Pittsburgh Hotel at the corner of Third Ave. and Wood St. The next day, he found time to tour some iron and glass factories.

On June 1, he and his entourage headed north, stopping for so long in Butler that they didn’t get to their lodgings at the Hackett House in Mercer until after midnight. He continued to travel throughout the summer and set sail for home on Sept. 8.

He died nine years later in May 1834 and is buried in Paris, his grave topped with American soil.

This article appears in the May 2015 issue of Pittsburgh Magazine.
Categories: Rick Sebak