See which charities attracted the most donors and raised the most money during the fifth annual one-day charitable giving extravaganza that's already exceeded last year's total. 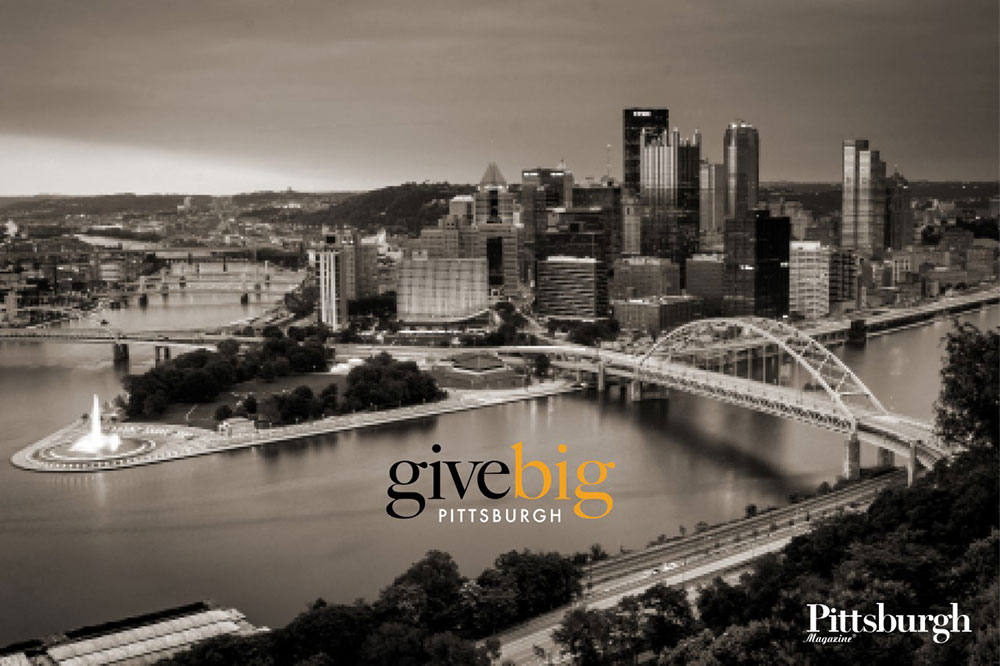 The Steel City once again opened its wallets to support local nonprofits in Pittsburgh Magazine’s fifth annual Give Big Pittsburgh event — and this year, Pittsburghers gave more than ever before.

There were also special prizes organizations could win this year for reaching certain fundraising milestones. For example, the organization that received the first donation also received a $1,000 bonus in the 1st Gift Prize, sponsored by UPMC Health Plan. The organization that received the most funds between midnight and 2 a.m. received four tickets to Rachmaninoff & Bruckner and four tickets to Dvorak’s New World Symphony in PNC’s Early Bird Gets the Worm prize, too.

“At the magazine, we have always believed that Pittsburgh is the most generous city in the world. Every year, Give Big Pittsburgh gives us an opportunity to test that belief,” said Pittsburgh Magazine Publisher Betsy Benson. “This year, the results exceeded our wildest expectations. Since 2017, our Give Big Pittsburgh platform has raised in excess of $10 million for nonprofits. As the annual campaign’s successes and brand have grown so have the giving totals. Giving back is in Pittsburgh’s DNA, and we are honored to be a part of that tradition.”

More than 520 organizations received donations from 9,724 donors through the site. The webpage is supported by a partnership between Pittsburgh Magazine and GiveGab, an online donation platform. Even though Giving Tuesday has ended, fear not: You can still check out the site and donate to your favorite organizations through the end of the year. You can also see how much each charity has raised, how many donors each had and who took home each of the 11 prizes.

Here are the top 10 organizations that raised the most money as of Wednesday morning.

Likewise, here are the top 10 organizations that had the most donors.

The Giving Tuesday fundraiser comes amid a national surge in charity. Over the summer, Giving USA, the longest-running and most comprehensive report on the sources and uses of charitable giving in America, reported that individuals, bequests, foundations and corporations gave an estimated $471.44 billion to U.S. charities in 2020. Total charitable giving grew 5.1% measured in current dollars over the revised total of $448.66 billion contributed in 2019. (The complete figures for 2021 aren’t out yet.)

“Unprecedented developments in 2020 including the global pandemic, the ensuing economic crisis, and efforts to advance racial justice created intense, widespread need and significantly increased the demand upon nonprofit organizations,” said Laura MacDonald, chair of Giving USA, in a June article from Philanthropy Network. “Remarkably, generous giving coupled with the stock market turnaround in the final months of the year boosted contributions. As a result, 2020 is the highest year of charitable giving on record.”

She added that the nation’s overall economic picture remained mixed, however. Only half of American households gave to charity in 2020 — the lowest rate in decades, according to CBS News. As total dollars donated reach record highs, the giving is being done by a smaller portion of people.

“It is important to recognize that the picture for individual households and organizations may have looked quite different, with many facing hardship even though total giving posted strong growth,” MacDonald said.