Unlike previous top prospects, the Dominican-born outfielder joined the Pirates when they were playoff bound. This season, he knows he must find his place in the big leagues to help the team win a pennant. 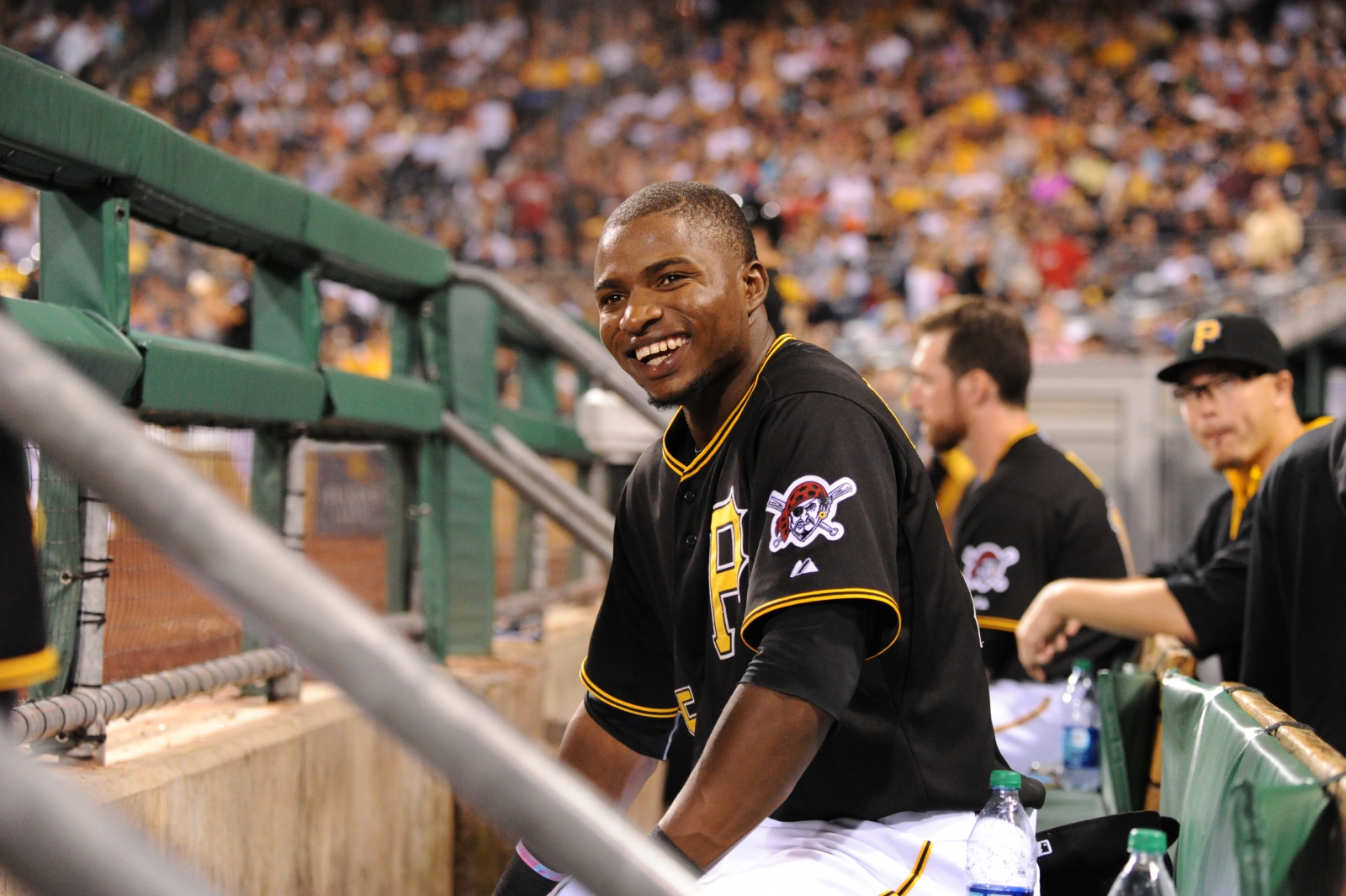 Each summer, around the time the sun really starts to weigh down on the seats at PNC Park, the careful observer will catch a sustained murmur among the fanbase. One question rolls around the ballpark in waves; the proper name captured in that query will change, but it always will be preceded by “when” and followed by “called up.”
In 2009: “When is McCutchen going to be called up?” (It was June 3, after the unceremonious shipping of Nate McLouth to Atlanta.) In 2010: “When is Alvarez finally going to be called up?” (June 16, and at the last minute; many fans didn’t even know he was coming.) In 2013: “When the heck is Gerrit Cole getting called up?” (June 11, after a rash of injuries.)

And in 2014, it was Gregory Polanco’s name that occupied the April-to-May speculation. True to the pattern, he debuted with the Pittsburgh Pirates on June 10 amid substantial hype; fans relished the prospect of a speedy, productive outfield of McCutchen, Polanco and Starling Marte.

Polanco’s call-up was different from the ascension of McCutchen, Alvarez and Cole — as a matter of fact, it was distinct from the experience of every notable Pirates newcomer for two decades. All of those prospects joined teams not expected to compete; when McCutchen (and even Cole) arrived, few if any pundits were predicting postseason glory for the lowly Pirates. Accordingly, rookie ballplayers in Pittsburgh knew they would have time to develop, to rise and fall, as major leaguers — without the weight of championship expectations riding on their performance. 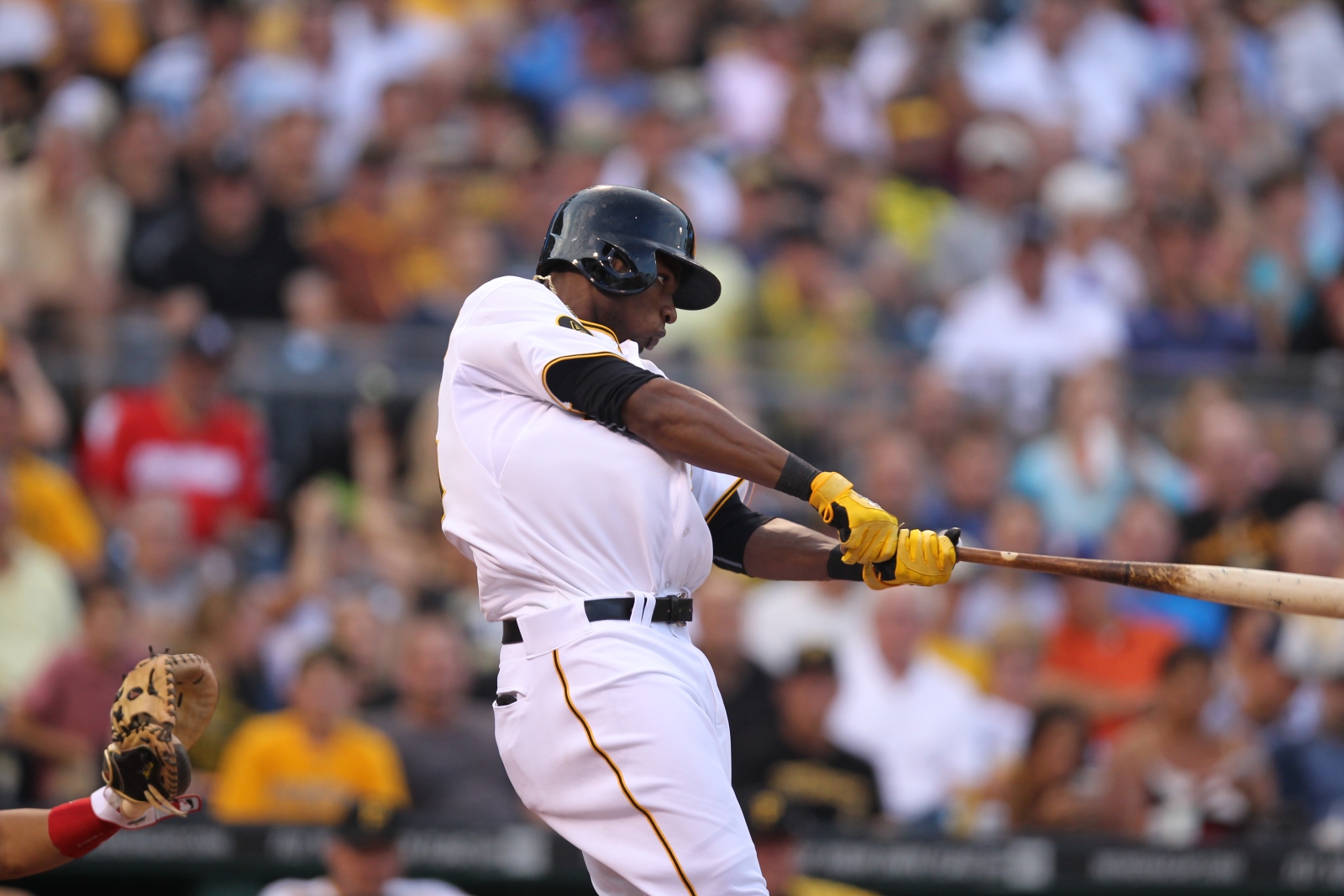 Polanco, however, walked into a clubhouse that in the previous season had broken a 20-year losing streak, won a Wild Card game and taken two games in a playoff series it easily could’ve won. For Polanco, there would be no reduced expectations, no tempered enthusiasm; fans expected him to contribute immediately and significantly.

The Dominican-born outfielder is quiet about the pressure of those expectations. “I just have to keep learning every day,” he says. “Just have to play hard and do my thing.”
Even after depth charts and Pirates brass had tabbed him as the starting right fielder before this year’s spring training, Polanco refused to see the gig as his. “I’m not coming in confident like, ‘It’s my job,’” he says. “No. I’m coming in to try and make the team, like everybody else.”

During Polanco’s first few weeks with the team, the idea of anybody else standing in right would’ve seemed absurd. The rookie posted a .365 batting average over his first 11 big-league games, hitting safely in each — a record-setting performance. No other Pirates player in history connected successfully in each of his first 11 contests.

After that shining introduction, though, Polanco struggled. His July average dipped all the way to .214; following a 1-for-30 slump in August, he briefly was sent back to Class AAA Indianapolis before rejoining the team in September. By then, he had lost the starting job to Travis Snider, who took the field in the Pirates’ second consecutive Wild Card game.
What threw him after those first few weeks? “The pitching,” Polanco says. “They’ve got better stuff; they have better location and they have more command. I had to adjust to that.” 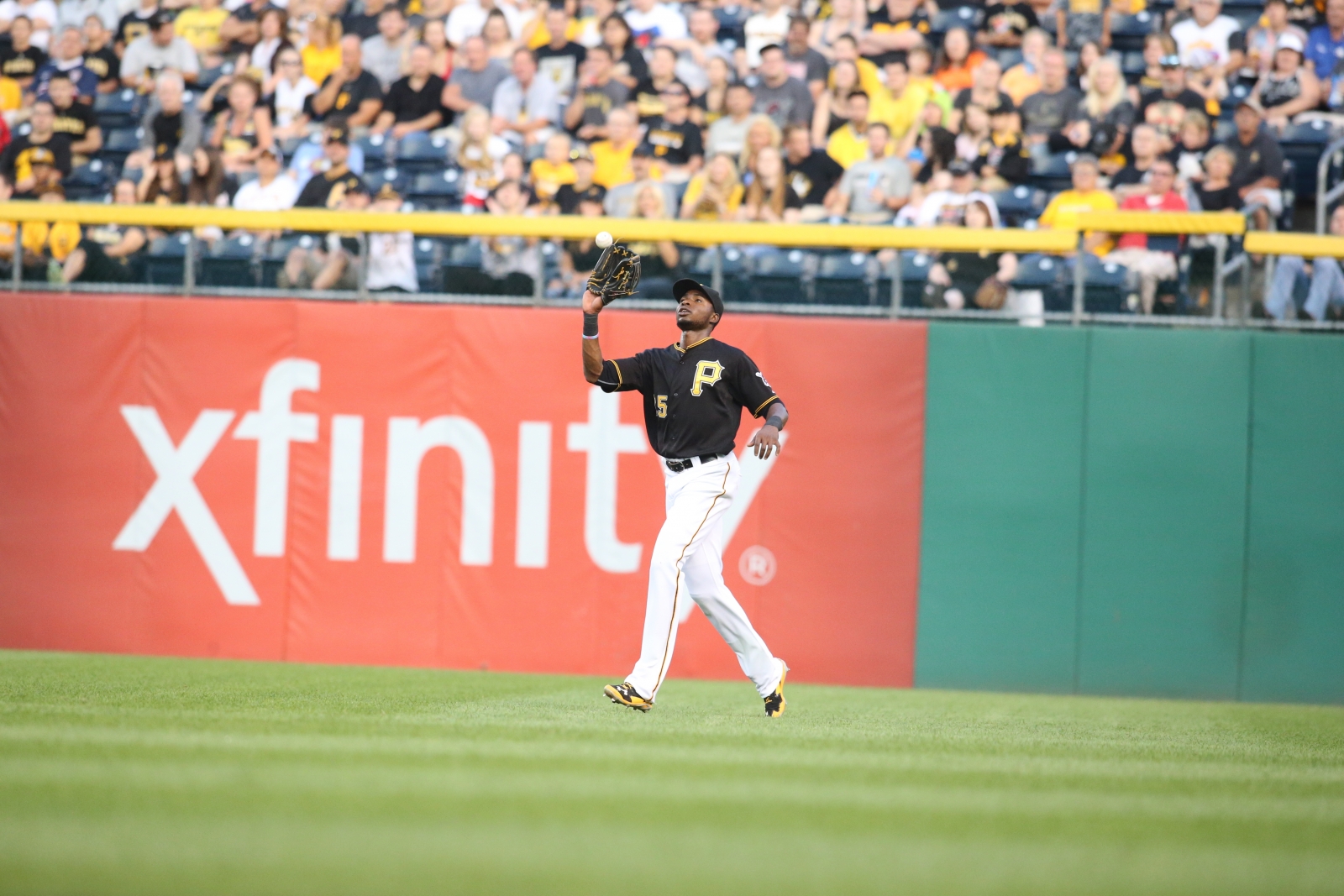 Adjustment has been the mandate throughout the offseason. In spite of the hype and the now-yearly playoff push, Polanco’s coaches know that he needs to progress over time.
“Gregory is still a young hitter,” says hitting coach Jeff Branson. “He just needs to continue working on timing at the plate and his strike-zone discipline.”
Manager Clint Hurdle agrees. “He knows he will need more strength and endurance to become a better player at the big-league level,” he says. If nothing else, last year’s struggles may have made Polanco’s path clear, the skipper says. “Gregory was able to walk away from the 2014 season with a much better idea of what it takes to be a productive major-league player.

“Gregory is focused on taking his game to the next level.”

So sure, the expectation to produce immediately, to push the Pirates further into the postseason — that’s pressure that McCutchen and Alvarez didn’t immediately face. But Polanco has a leg up on those sluggers and every other ballplayer who walked into the Pittsburgh clubhouse for the first time during the long losing streak.

Unlike his older teammates, Gregory Polanco knows the Pirates as only a winning ballclub. He walked in the door and found a contender. And that has given him an easy, automatic confidence.

This article appears in the May 2015 issue of Pittsburgh Magazine.
Categories: From the Magazine, Pirates