We sit down with the singer, songwriter and actress to talk about her rise from CAPA grad to HBO stardom. 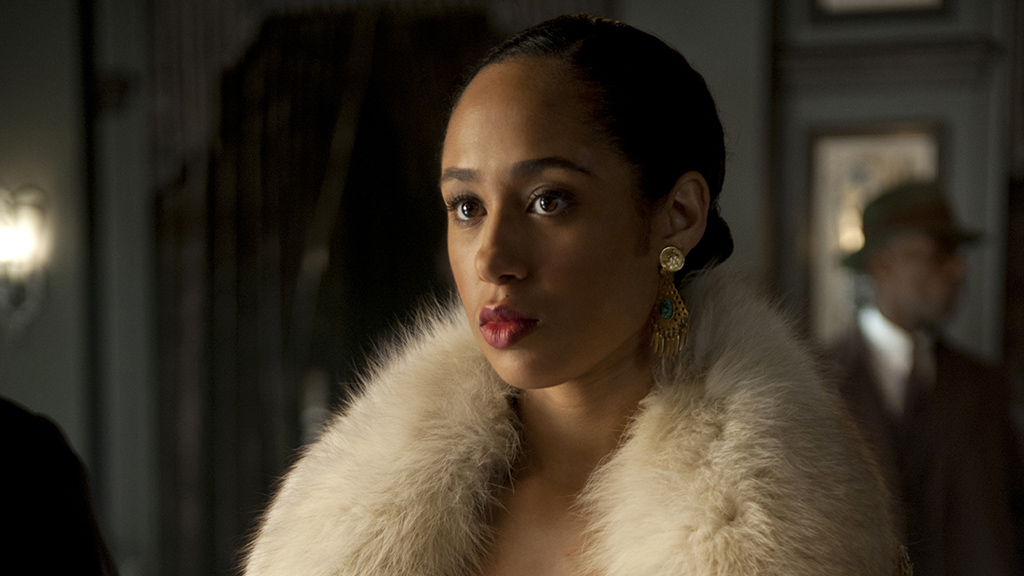 Actress and singer/songwriter Margot Bingham — known as Margot B. on her records — never figured her “Boardwalk Empire” character, Daughter Maitland, would become a focal point in the show’s fourth season. When she auditioned for the part, HBO was talking about featuring her in a handful of episodes. Based on the strength of Bingham’s captivating vocal performances and rave reviews (“We need more Margot Bingham in this series, please,” Rolling Stone said), her character has become a key part of the program’s ensemble.

Now residing in Harlem, Bingham has returned to her hometown on a number of occasions, including a 2009 appearance at the former Station Square amphitheatre alongside Jason Mraz and for the recording of her album Live at the Hazlett in 2010. Yesterday, she appeared at the Sen. John Heinz History Center’s VIP-only advance screening of the next “Boardwalk Empire” episode; earlier in the day, PM caught up with Margot inside Speakeasy, the Prohibition-era bar beneath the Omni William Penn Hotel.

PM: As a performer, it’s clear that your influences run deep. What’s it like to be able to appear on “Boardwalk Empire” and, for all intents and purposes, perform in a different era?
MB: It’s really something else. I always make it a point to dress a little bit differently than I would in my everyday life whenever I’m working on “Boardwalk” — I always want to go in different than myself. And when the hair starts and the makeup starts, and the dress goes on, it really does put you back in what would be my sense of the ’20s. Obviously, I don’t know anyone that’s been around since then — but I’ve heard stories [from] friends and family members, and people have been so gracious to share their own experiences. And I’ve just kind of taken bits and pieces of it. I’ve been really lucky that Daughter Maitland isn’t really a spinoff of any particular singer [from] that time because I could take all of these other idols who were big in the ’20s and just kind of piece them together and build one singer, one human being. That’s kind of what Daughter is — she’s a conglomerate of amazing, strong 1920s singers.

Do you feel that those performances on the show have influenced your career as a singer?
I feel like it’s bled into it. My actual music career is so completely different, being funk and soul — but it’s still my voice. I never really sang ’20s music before; that style is totally different than jazz in the ’40s and ’50s. It’s a lot more simple, a lot more stripped down; singers sold their records on the voice, and the tone and the passion behind it. So it was a little challenging. But a lot of the ’20s jazz — because I had never tried it before — I didn’t know that I could vocally do that. So I do take some of that and put it in my music.

But when you started the role, you were under the impression that the role would primarily be singing, right?
Yeah. When I auditioned, the scene they gave me [to read] was fairly small. I didn’t think it was going to be that big of a role, acting-wise. But I knew, vocally, that I could get it. I thought, “I’ve done jazz; I can definitely nail this!” And then, when they started booking me for more stuff and holding me for more dates, it did get me a little nervous with the acting. I don’t think I ever put in my head that it was going to be such a prominent role this season — and it’s kind of nice that I didn’t know that because it probably would’ve freaked me out. It’s been a nice surprise.

Then it must’ve been exciting to have the character emerge in that way.
Absolutely.

You’ve talked about the impact that your education at CAPA High School had. How important do you feel it was to have that kind of training at an early age?
I think it’s super important. It’s just like a foreign language: Kids learn the most when they’re young, and then they can expand when they get older. I think that it’s a mistake that they took away a lot of the private lessons at CAPA; it’s unfortunate that they had to pull back on some of the funding. That was one of the most monumental changes in my professional career; I changed as a person and as an entertainer, and they saw me through everything. Their teaching was really what brought me out as an artist. I can honestly say that I wouldn’t be here — mentally and also professionally — without their training. And of course, my family’s support and love has been really strong ever since the beginning. But CAPA instilled different foundations in my career and in my art that I couldn’t have [received] anywhere else.

I think that there’s so much art in Pittsburgh and so much talent, so many teachers and different projects and programs that it would be a mistake if people didn’t let their kids take advantage of it and take it in fully. It built me as what I am.

I don’t know if it’s the “Mad Men” effect, but it seems that because more period dramas are on the air, a little bit of culture springs up around them. We’re at a Speakeasy now, and I’m sure you have many events at places like this. Do you enjoy that? Did you ever expect to be so immersed in ’20s culture?
It’s been really special getting to experience some of this really special, interesting and different scene. The ’20s [are] still so alive. There are a lot of speakeasies and bars like that in New York, but even to come to Speakeasy here at the Omni — I never knew that this existed. There’s so much culture here in Pittsburgh, and I hope that people start experiencing it and opening their eyes to it.