The three new arrivals to the Pittsburgh Zoo and PPG Aquarium all are named for characters from “Game of Thrones.” 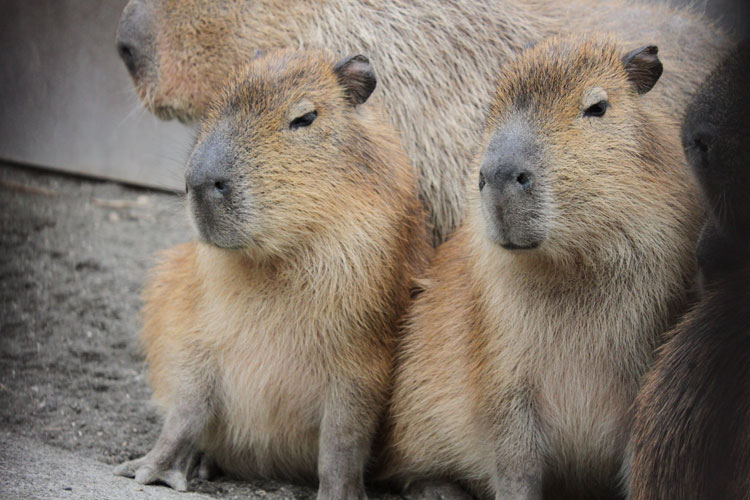 Ever heard of a Capybaras? Think guinea pig only bigger. A LOT bigger.

Varys, Lysa and Melisandre –– “Game of Thrones” fans will recognize the names –– are the newest mammals at the Pittsburgh Zoo and PPG Aquarium. They will live in the new Jungle Odyssey exhibit which opens next month.

Native to South America, capybaras have a beaver-like face, long shaggy brown hair covering their barrel-shaped body, no tail and webbed feet which help them move through the water. They can weigh up to 150 pounds and are considered the world’s largest rodent.

Varys, Lysa and Melisandre are 4-and-a-half years old. According to their keepers at the zoo, they prefer to spend their days lounging in water. They come out of the water at night when the air is cooler to munch on grass and water plants. They can eat up to eight pounds of grass per day.

Lead mammal keeper Kathy Suthard told 90.5 WESA that she chose the names based on the three rodent’s personalities.

The only male, Varys — whose Thrones' namesake character is described as a eunuch — was neutered before joining the Pittsburgh Zoo.

“So Varys was the obvious choice,” Suthard says.

Suthard noticed the two female capybaras don’t always get along with Varys, so, she says, “We chose the two evil queens."

Capybaras are very social and communicate with each other through sounds such as yelping, growling and huffing. When warning others of a possible predator, they bark.

Lysa, Varys and Melisandre will live with giant anteaters, ocelots and a pigmy hippo in the Jungle Odyssey exhibit.