The babies, called kits, were born to two zoo residents, Alice and Patch. 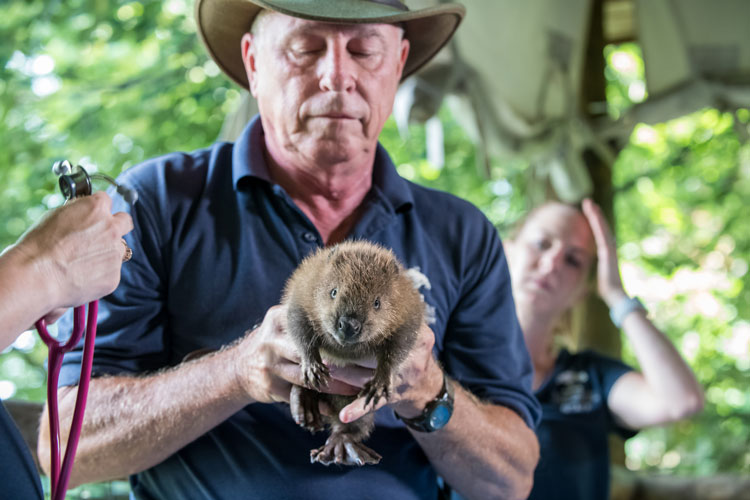 Photos by Paul A. Selvaggio
​

Alice and Patch would like to announce the birth of their baby — rather, babies. The happy couple has welcomed sextuplets into their family.

Alice and Patch are North American beavers who reside at Pittsburgh Zoo & PPG Aquarium. Their babies, known as kits, were born in late June.

This week, the kits made their public debut as Dr. Ginger Sturgeon gave the kits their one month check-up. She checked their vision, hearing and coats to determine how they are progressing. All six kits are healthy, already transitioning into their adult diet and swimming. 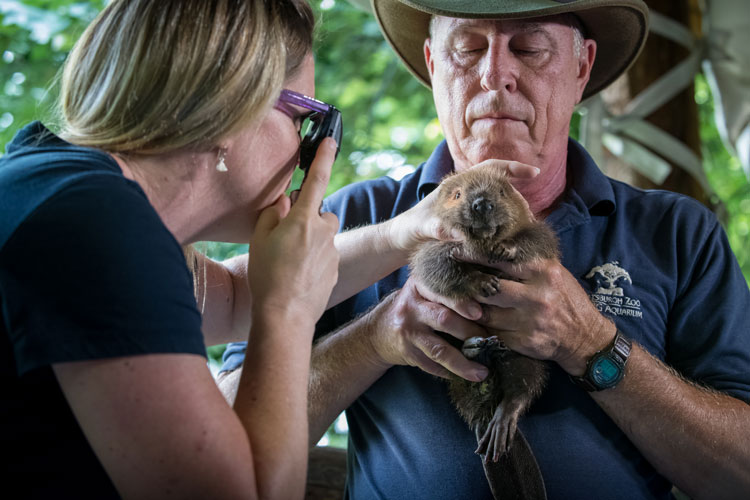 The names of the kits — Brennan, Bucky, Busy, Timber, Barney and Beverly — were determined by a poll, which received more than 1,500 votes, that sponsor Busy Beaver, a home improvement store, distributed.

The kits are too young to determine their sex, so names will be assigned to them specifically at a later date. For now, the kits are enjoying the exploration of their beaver yard and outdoor pool and receiving a lot of attention as a new — and adorable — addition to the zoo family.

Alice and Patch will be staying together for the kits, as beaver parents are monogamous. 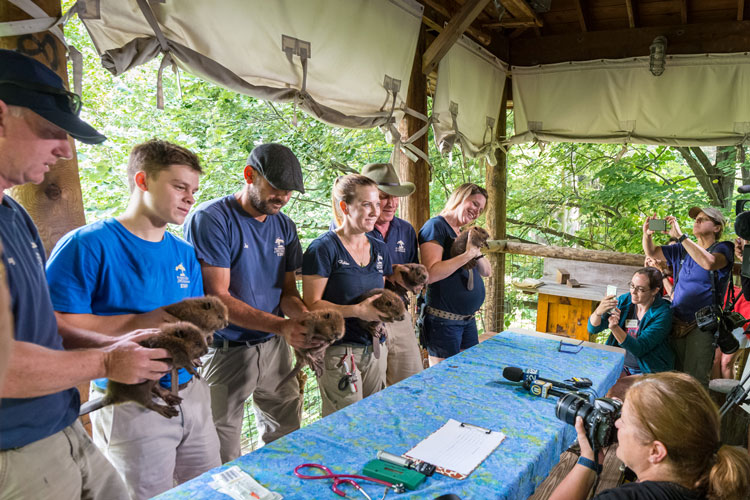 Alice came to the zoo from a fur farm. After the farm’s owner died, he passed the farm onto his daughter, who shut it down.

“[Alice] could have been a beaver hat,” says Henry Kacprzyk, curator of Kids Kingdom.

Beavers have fur, webbed feet and leathery tails shaped like paddles. They have adapted to be ready for hot, cold, wet or dry atmospheres when they’re born, as they are often born in dams.

“When you live on a houseboat, you need to be ready for whatever,” Dr. Ginger Sturgeon, director of animal health, says with a laugh.

Beavers were locally extinct for many years but have repatriated in Pennsylvania, attracted to the trees and climate.