Find out how these Pittsburgh couples integrated classic games into their receptions for an extra festive activity. 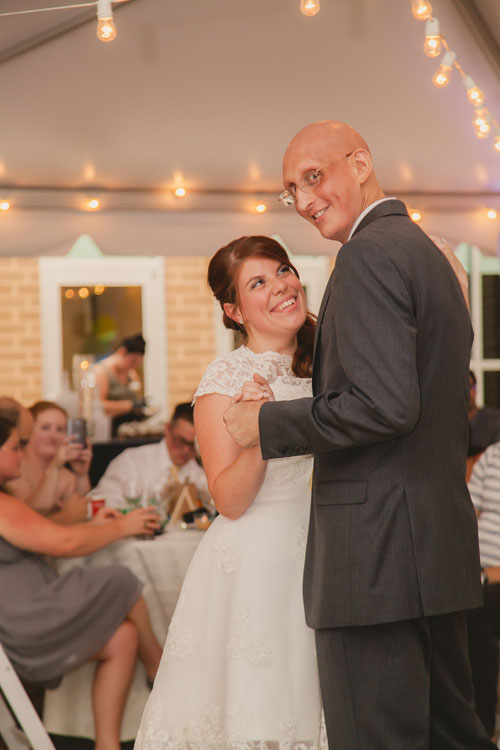 Dancing the night away, perhaps with a drink in hand, is a classic staple of wedding receptions. But that’s not the only post-ceremony activity these Pittsburgh couples had in store for their guests. From giant Jenga sets to bean-bag tosses, these festivities kept it light and fun. 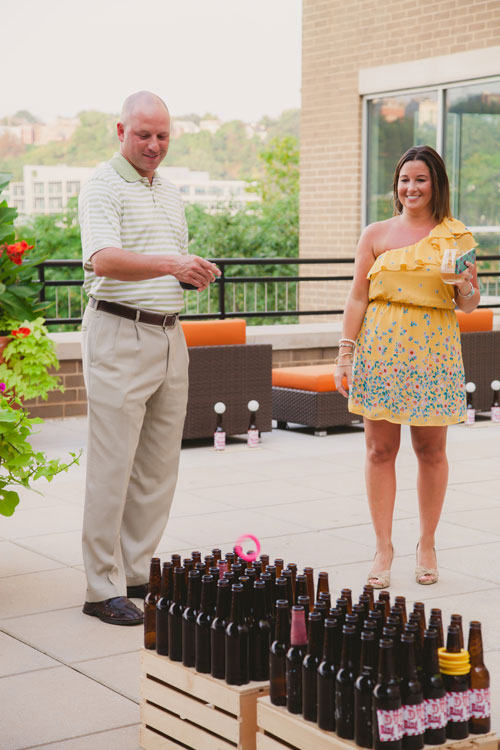 Stephanie Lardin and Steve DeLucia have always enjoyed going to carnivals and playing games together, so it felt natural for them to incorporate the activity into their big day. Their whimsical and romantic decor captured their festive atmosphere perfectly, with the help of some traditional carnival games.

“We wanted everyone to leave our reception feeling as lucky as we felt being together,” Stephanie says. “Our guests were able to play ring toss, plinko, corn hole, a target game [and] spin a wheel to see if they won a centerpiece — a goldfish!” 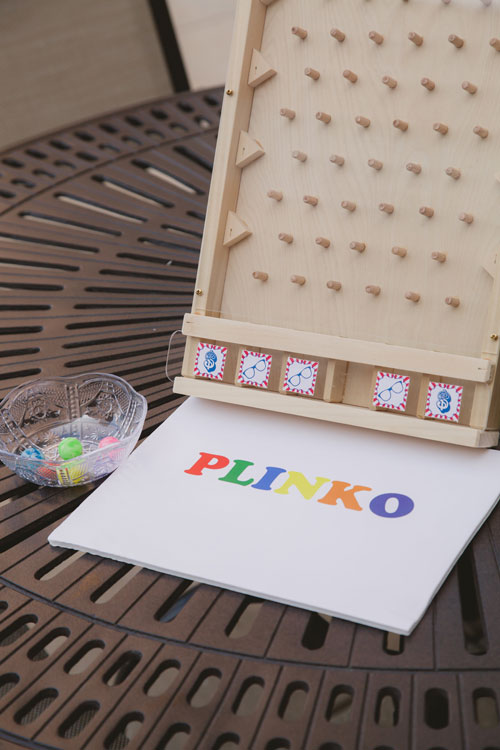 Stephanie’s alma mater, Duquesne University, lent some of the games, and the couple made some of them themselves. They also incorporated tabletop games with a twist, such as a mini claw game, personalized playing cards, giant dice and Jenga, which had fun facts about the couple written on the pieces. The guests also scratched off lottery tickets at their seats with lucky pennies, Stephanie says, which added to the playfulness of the day.

“There was also a photo booth for everyone to dress up and act silly. We really just wanted everyone to have a good time,” Stephanie says.

Not only did friends and family enjoy playing the games, but Stephanie says they provided different options for guests who might not like dancing. The couple had a more formal church ceremony the day before, so their reception allowed everyone to show a more laid-back side.

“People still tell us how much fun they had at our wedding,” Stephanie says. “That makes us feel that all the hard work we put into planning was well worth it.” 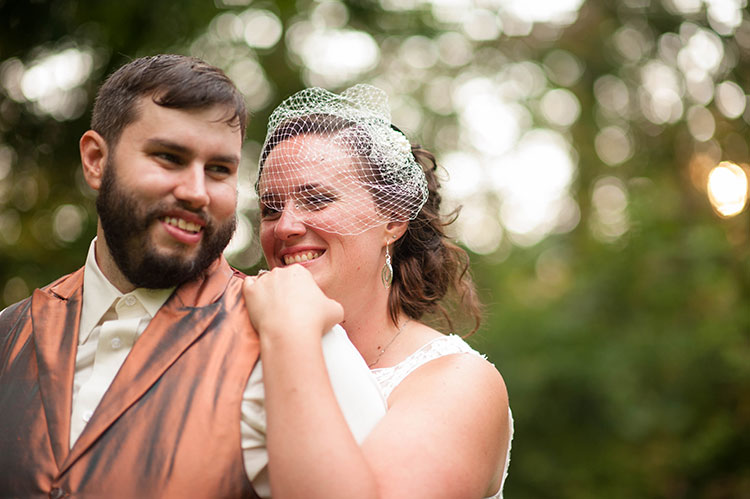 Love on the Lawn

A carnival theme, complete with celebratory games for guests to play, fit in perfectly with Rachael Cooper & Tim Bronder’s wedding — and their easy going, fun personalities. Rather than go full-carnival, they kept the atmosphere laid-back and relaxed with lawn games for their guests.

“We started out looking for carnival games to go along with our theme, but the more we looked at traditional carnival games, the less we liked the idea of renting or trying to create them,” Rachael says. “So as we planned, and got a better feel for the reception space, the type of games we wanted to include evolved.” 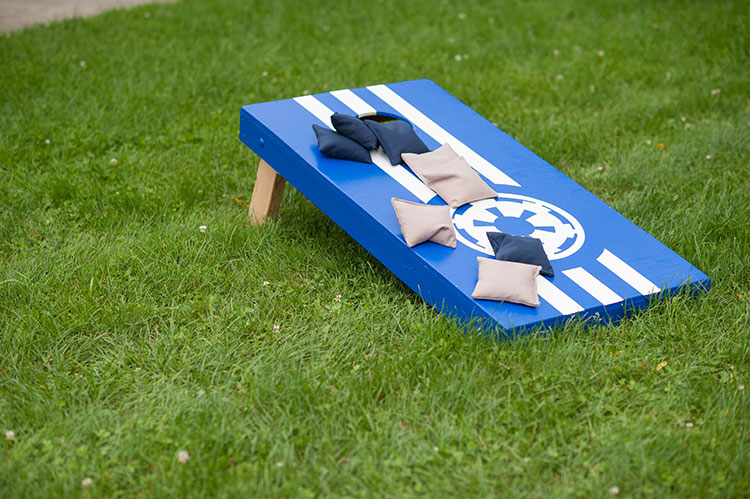 Rachael and Tim had always liked lawn games that often are found at picnics, and they were cohesive with their playful theme. Rachael says her family was up for the challenge of facilitating the games.

“My family is really crafty, and I found a bunch of tutorials on Pinterest that I was confident we could create, so off we went,” she says.

The games were a hit with guests and are still talked about to this day, Rachael says.

“Anytime people bring up the reception in conversations, the games are always, always mentioned along with a comment about how much fun they had,” she says. 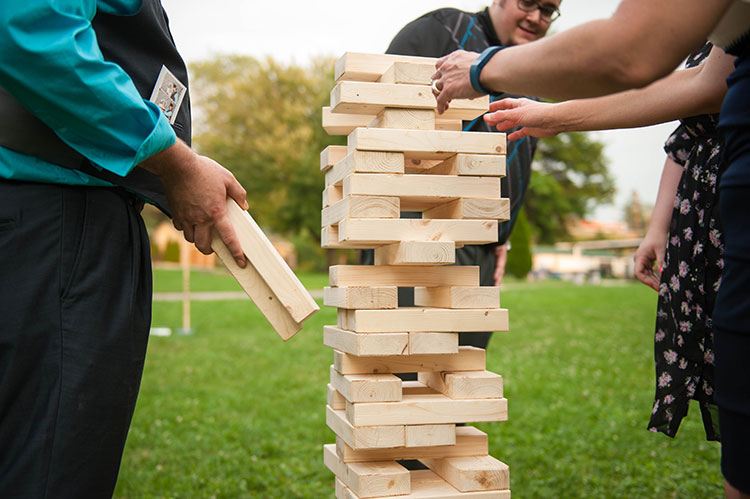 The games helped lend an additional aspect to their festivities, and Rachael says she would recommend them to anyone who is looking to step outside the norm of what is expected at a traditional wedding.

“An inviting, fun and relaxed environment was a high priority for us at the reception,” Rachael says. “I think including games was one of the primary factors that helped achieve the setting we wanted.” 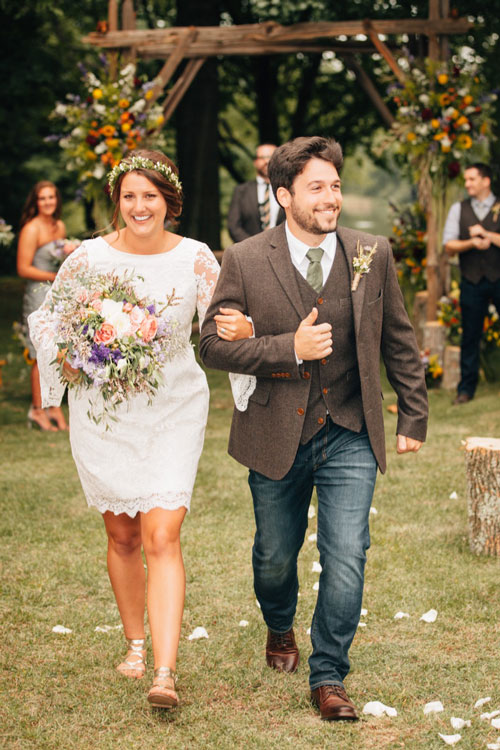 Kelly McHolme and Bob Stasa planned to have a low-key and fun wedding from the start. One of their regular activities is playing games with their friends, so they thought it was only appropriate to make games a part of the wedding. From corn hole to Kam Jam and ladder golf, there were plenty to choose from.

“It definitely fit right in with the vibe of our wedding,” Kelly says. “We wanted our guests to feel relaxed and have a great time, so the games were a hit. Our guests traveled from all over to join us, and it was great to see our friends and families mingling while playing the games.” 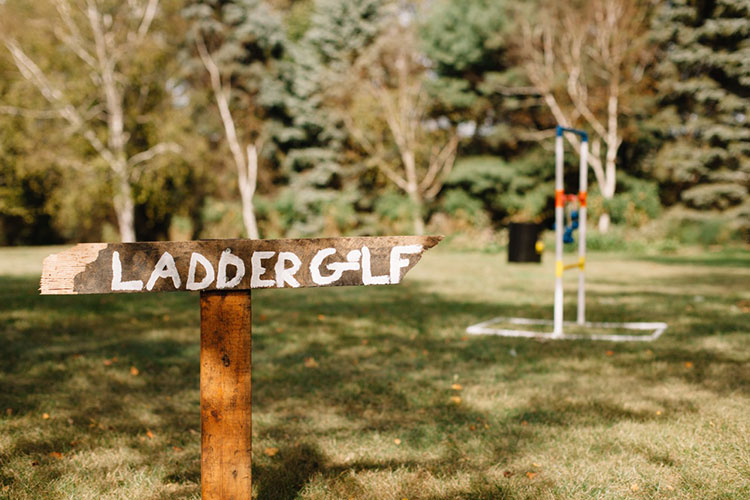 “We lucked out with great fall weather so our guests were having a ball jumping from game to game challenging each other while enjoying some drinks,” she says.

The games also served another purpose besides entertainment.

“The games were a great addition to cocktail hour, and it kept our guests occupied and having fun while we snuck away for a few pictures,” Kelly says. 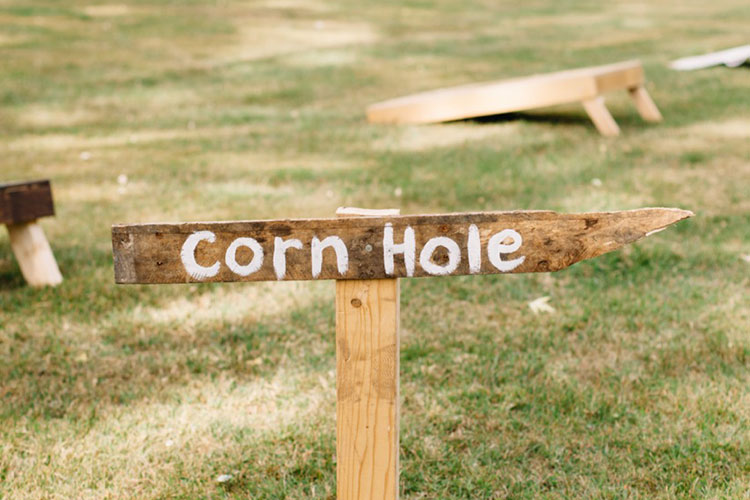