Love locks are visible on bridges all over the world, and these local couples chose to mark their wedding day on local bridges with meaning. 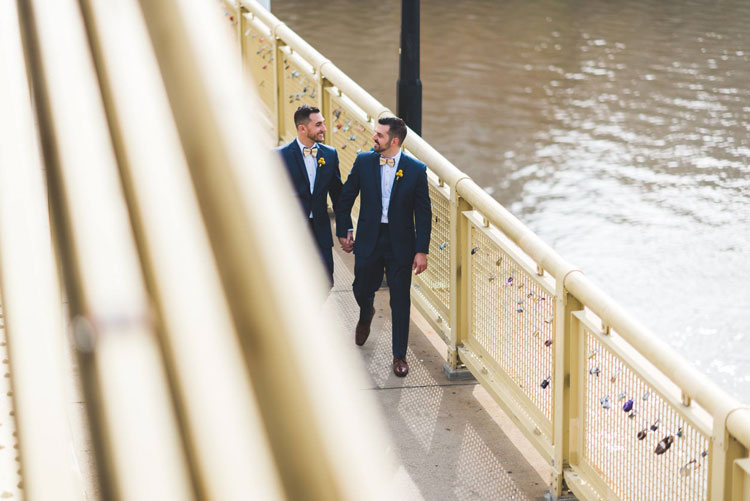 Living on the Mexican War Streets, Ryan Koch and Michael Audey were very familiar with the Roberto Clemente Bridge that would take them into Downtown to attend dinners or shows.

“We passed the bridge constantly,” says Ryan. “Pretty much every weekend.”

The two would always notice the “love locks” people had left on the bridge, and they would often stop to read the messages some people wrote on them.

When it came time to plan their wedding on Nov. 4 and subsequent honeymoon, Ryan and Michael decided to travel to Amsterdam, which is known for their bridges decorated with “locks of love.” Ryan and Michael planned on placing a lock themselves in Amsterdam, but they loved the concept so much, they decided to put their own lock on the bridge in Pittsburgh as well.

Michael searched online for a padlock and found a shop on Etsy that does engraving for them. 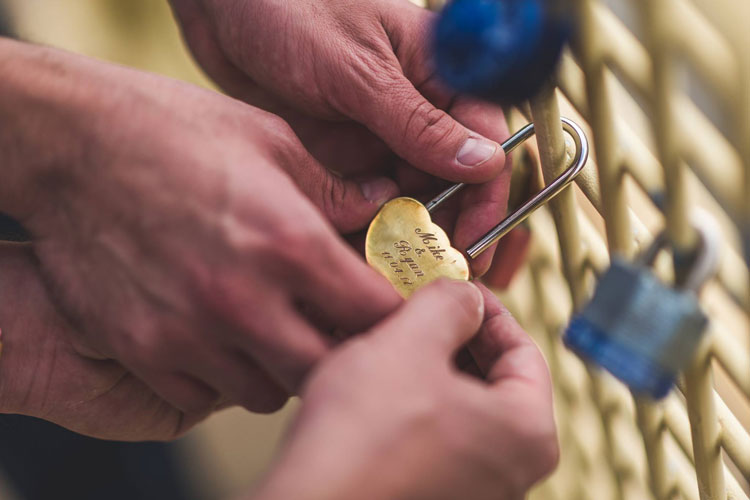 On the day of their wedding, the couple put their customized lock on the Roberto Clemente Bridge while they were taking photos throughout the city with their wedding party.

“Pretty much any time we walk over the bridge, we’ll always stop by and take a picture of it or just see it and make sure it’s still there,” says Ryan with a laugh. “Five months later, it’s still there.” 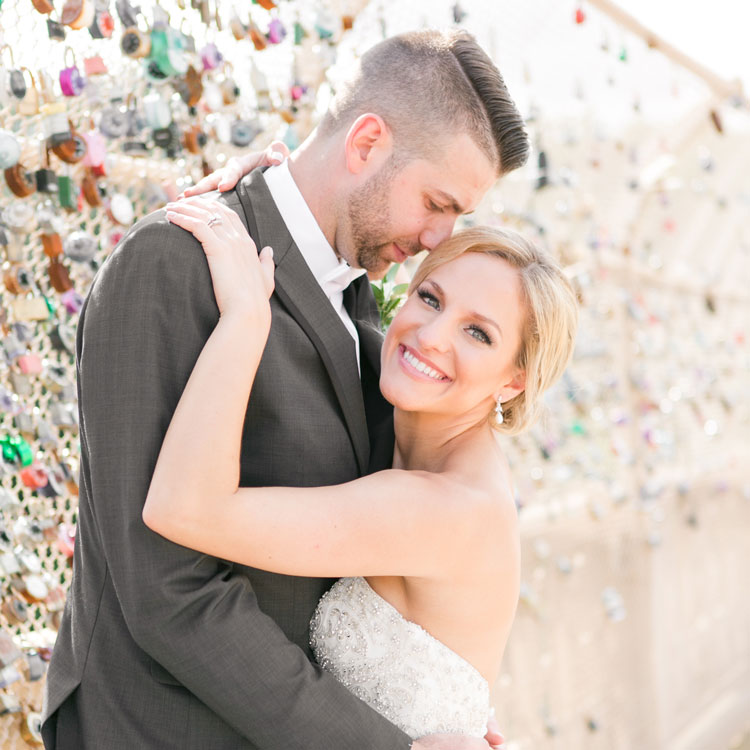 Not long after Jacquelyn Coles and Steven Bielich started dating, they began to get to know each other’s parents a little better. Jackie found out that Steven’s dad graduated from Carnegie Mellon University, a place she was very familiar with since she had attended Oakland Catholic High School and used CMU’s field for track practice. Running also took her by the Schenley Bridge during longer routes.

As a couple, Jackie and Steven would often pass by over Schenley Bridge, so for their six-month dating anniversary, they decided to place a lock on the bridge to symbolize their love. 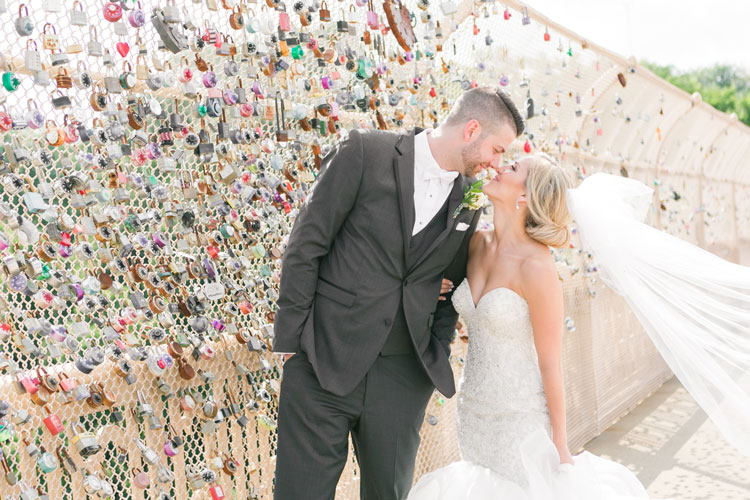 With the help of her dad, Jackie engraved the lock herself using a dremel, and one day after a church service at St. Paul Cathedral, where they would eventually marry, they attached their lock to the bridge. They saved the keys and put them into a frame.

On their July 1 wedding day, the couple decided to take pictures in front of the lock they placed just two years prior as a nod to their families and the connection both had with the area.

“They were so excited,” says Jackie. “They loved it.”