Plus, local haunts offer a scary-good time and the Three Rivers Underground Brewers brew up a cure for cystic fibrosis. 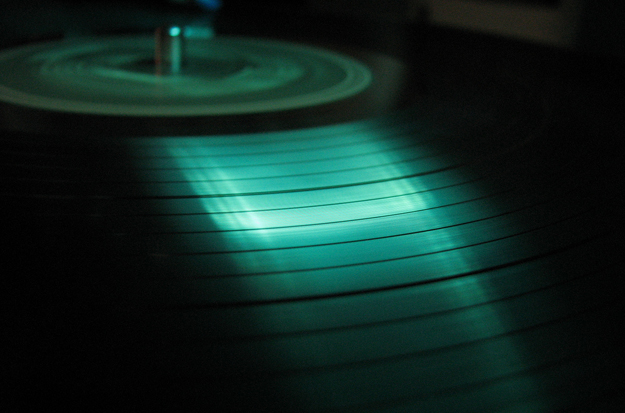 Contrasting (Free) Musical Options
You may be having something of a musical identity crisis here in the early fall. Is there still time to get rowdy with an uproarious Pittsburgh crowd, squeezing out all the rock and roll you can from 2011? Or are you about ready to retreat into a nice warm coffee shop and enjoy an intimate performance by a singer-songwriter type? Think carefully. You are, in effect, deciding just how you’re going to dive into autumn, and that is a vital question.

If you choose melody and peace, you can head to Cannon Coffee in Brookline this Saturday for a set by songwriter and poet Jessica Smucker. The Lancaster native has been lauded for her unique sound, a somber and refined take on pop melodies and structure; her performances have also been praised, and an intimate setting like this is a perfect way to discover this rising artist. If you’re after a more raucous time, check out the fifth annual Dormont Street Fair and Music Festival, with a full day’s worth of music and activities capped off by a set from Joe Grushecky and the Houserockers at 9 p.m. Enjoy all that Dormont has to offer in the afternoon, and let Joe and the boys warm things up at night.

Top Haunts
This week’s edition of After Dark is a big one for me. After all, it appears to be October; that means I can justify rambling about haunted houses to anyone who will listen for the next month. Not real haunted houses. Halloween attractions. Spookhouses. “Haunts.” I am legitimately obsessed with these curious bits of Americana, if only for how unique they are. We are blessed with a laundry list of fine Halloween activities in the Pittsburgh area, and we’re within driving distance of a couple more great ones. I’ve got a few endorsements, and please don’t just pick one. Pick all of them. What else were you doing this month? Check out a horrific edition of After Dark for my favorites!

Build Your Record Collection in East Liberty
If you’re the type who considers MP3 downloads blasphemous and calls Jerry’s Records a second home, there’s a new event just for you. As part of the VIA Music and New Media Festival—which drew more than 2,000 attendees last year—the inaugural Pittsburgh Vinyl Convention will be covering Broad Street with retro grooves this Saturday. Representatives from Jerry’s, 720 Music and the Shadow Lounge, among many others, will have their wares on sale. This all-ages event is a great opportunity for LP veterans to discover great finds and for newbies to start building an enviable collection. And for more information on everything the VIA Fest has to offer, check out via-pgh.com.

In Theaters This Weekend
New films coming to Pittsburgh include Real Steel, where Hugh Jackman teaches robots to box; The Ides of March, where George Clooney teaches Ryan Gosling to campaign, Machine Gun Preacher, where Gerard Butler teaches Africans to shoot; and Amigo, where John Sayles teaches us all about the Philippine-American War. PM Film Editor Sean Collier will appear on the 102.5 WDVE Morning Show Friday morning to review Real Steel and Machine Gun Preacher. Sean enjoyed both of those films more than he expected—but just how low were his expectations going in? Make sense of it all Friday morning.

Beer here!
This Saturday, the Three Rivers Underground Brewers (TRUB) will host its fifth annual Brewing Up a Cure event to benefit Cystic Fibrosis at the Pittsburgh Athletic Association in Oakland. This fun-filled night will include food, entertainment and, of course, beer. READ MORE.

Want to learn more about the city's recent past?
View Pittsburgh from behind the lens of nine local photographers at "Picturing the City: Downtown Pittsburgh, 2007-2010", an exhibit at the Carnegie Museum of Art. READ MORE.