The copper-colored statue, created to honor World War I veterans, has been the victim of several disasters. 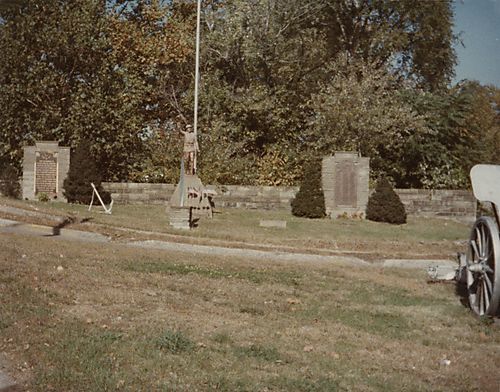 Verona's Doughboy statue stands between two monuments at the intersection of Allegheny River Boulevard and Lamagna Drive.  On Feb. 12, 1942, the statue was commissioned with a $25 down payment from VFW Post Commander Hugh Abercrombie. Final cost, including a $200 shipping fee from Chicago — where it was made — came to $2,500. Various fund-raising efforts eventually paid for the statue, which was first displayed on June 10, 1943 at Verona's VFW post. It was moved to its current location in 1951; nine years later, the memorial area was rebuilt to honor all men and women who served in the armed forces. 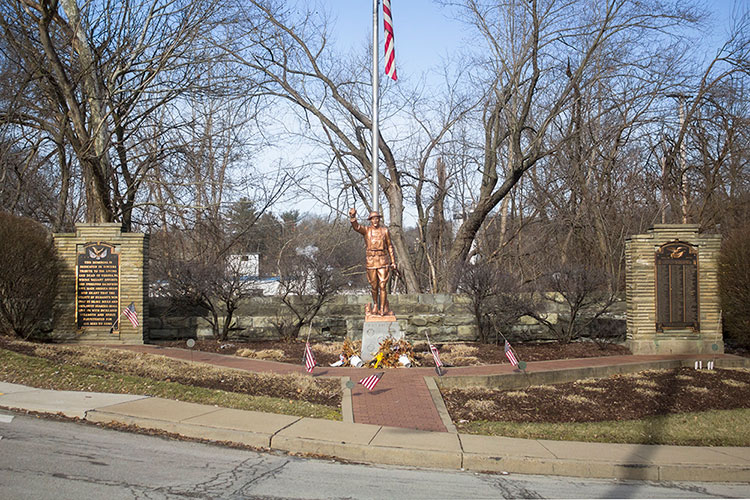 In later years, the Doughboy became the target of vandals. On Jan. 2, 1997, the statue was knocked off of its pedestal and smashed to pieces. Only the Doughboy's boots remained attached to the pedestal. Police charged Peter Paul Sutlovich, then 20, with criminal mischief. He claimed that the statue merely fell over while he was attempting to talk to it. The Doughboy was restored for more than twice the original cost but quickly began to deteriorate. It eventually was removed from its pedestal, returning in 2005 after another complete restoration.

The Doughboy fell from its pedestal again in 2007, breaking its raised arm and hand. It was never determined if vandals or a structural problem were to blame. Once again, repairs were made and it was placed back atop the pedestal.