Pittsburgh Then and Now: The View from Mt. Washington

The iconic view of Pittsburgh began a significant transformation 50 years ago. 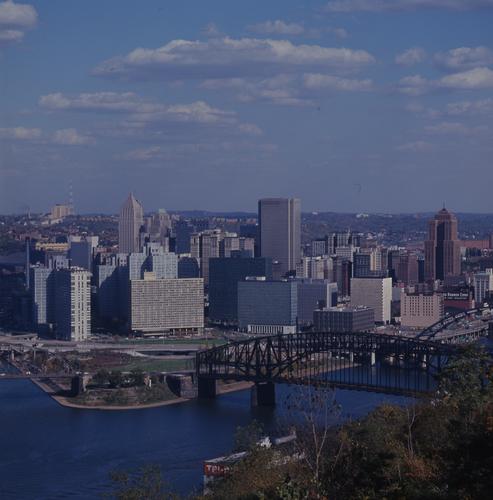 In 1969, the view of Pittsburgh from Mt. Washington wasn't nearly as idyllic as it is today. Planning for Point State Park was in its infancy, there was no fountain to mark the confluence of the Allegheny and Monongahela rivers and the view downriver was blocked by two old bridges –– the Point Bridge, which spanned the Mon, and the Manchester Bridge, which crossed the Allegheny. The Point Bridge had closed two days after the Fort Pitt Bridge opened in 1959 but remained standing. Finally, in 1970, both the Point and Manchester bridges were dismantled. 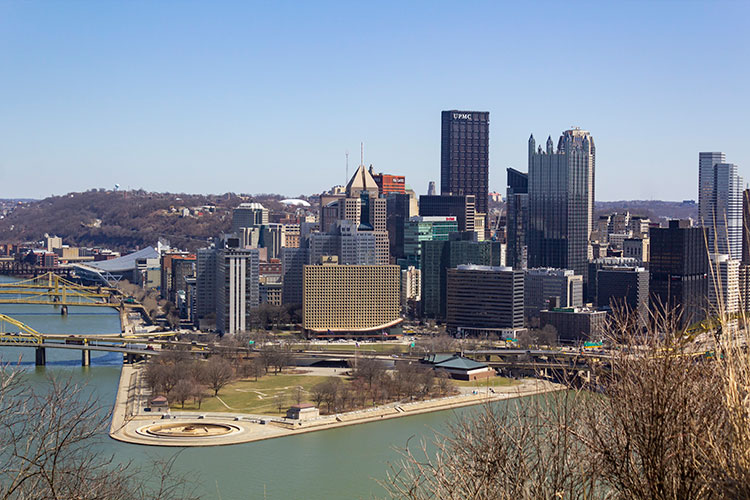 Point State Park opened in 1974 when construction was completed on the fountain. Since then, the park fountain has undergone a major renovation, which began in April 2009 and lasted until June 2013. Other additions to the skyline in the last 50 years include the U.S. Steel Tower, BNY Mellon Center, One PPG Place, Fifth Avenue Place, One Oxford Center and the Tower at PNC Plaza.