Pittsburgh Then and Now: The Cathedral of Learning

In 50 years, much has changed inside and outside the most recognizable building at the University of Pittsburgh. 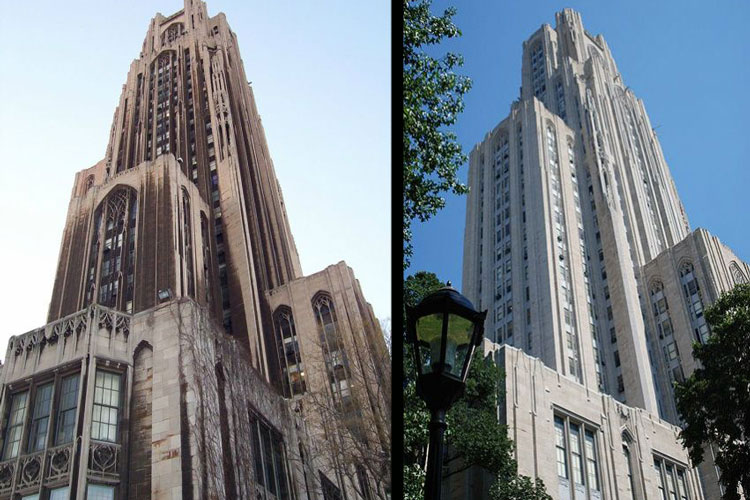 In 1969, the Cathedral of Learning –– lovingly called Cathy by Pitt alum –– was 37 years old and showing its age. Decades of soot and other elements had darkened and eroded its Indiana limestone exterior, creating a two-tone effect running up and down the landmark skyscraper. In 2007, the university spent $4.8 million to wash away the soot, fix mortar joints and replace rusty fastners –– giving the building an entirely new look.