Pittsburgh Then and Now: Primanti Bros.

Much has changed on the outside of Primanti Bros. flagship restaurant in the Strip District, but on the inside, their way of making sandwiches remains the same. 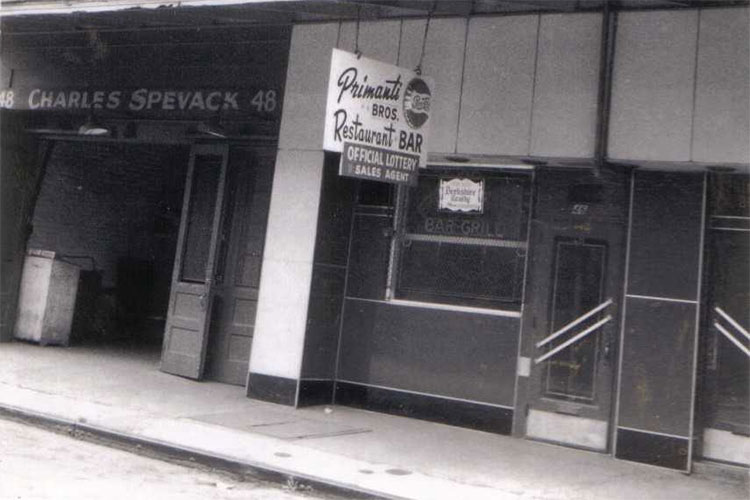 Joe Primanti got his start during the Great Depression, manning a sandwich cart in the Strip District. Sales were good, so he partnered with his brothers and opened a storefront at 18th and Smallman.

Then, one day, the idea of putting fries on a sandwich was born.

According to Joe’s cousin John DiPriter: "One winter, a fella drove in with a load of potatoes. He brought a few of 'em over to the restaurant to see if they were frozen. I fried the potatoes on our grill and they looked pretty good. A few of our customers asked for them, so I put the potatoes on their sandwiches.” 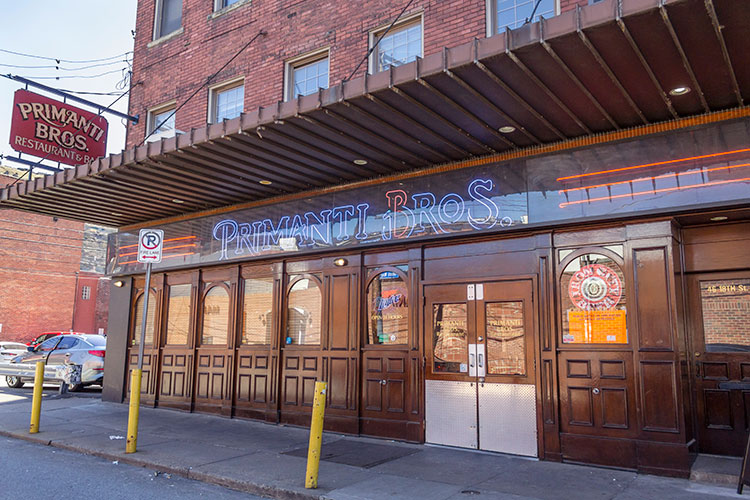 In the 1970s, the family sold the restaurant to Joe Patrinos. Since then, the chain has significantly expanded with restaurants throughout Pennsylvania, Ohio, Florida, West Virginia, Maryland and Indiana. The menu also has expanded, and, of course, the fries remain.