Pittsburgh Then and Now: Nicholas Coffee in Market Square

The family-owned business celebrates its 100th birthday this year. 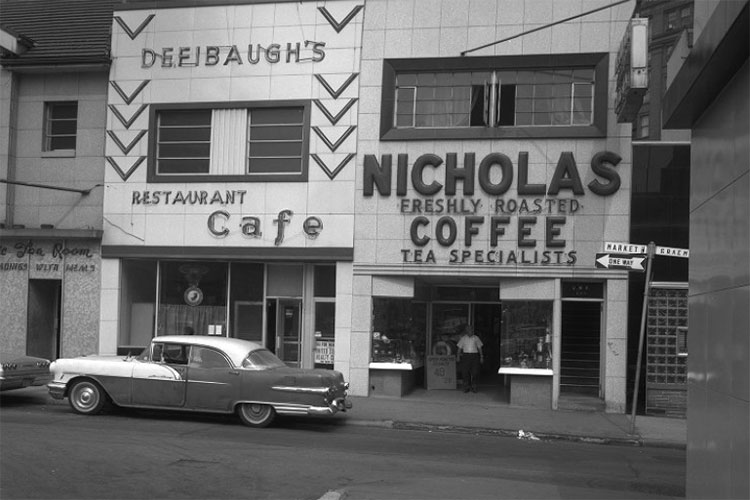 Nicholas C. Nicholas founded the coffee company that bears his name in 1919, opening a storefront in Market Square. At first, its roasted Arabica coffee was available only to walk-in customers, but eventually, Nicholas coffee was available in Pittsburgh-area grocery stores. Today, it can be ordered online and delivered to destinations across the globe.

The Market Square building has undergone many changes and survived both the 1936 flood and a serious fire in 2017. 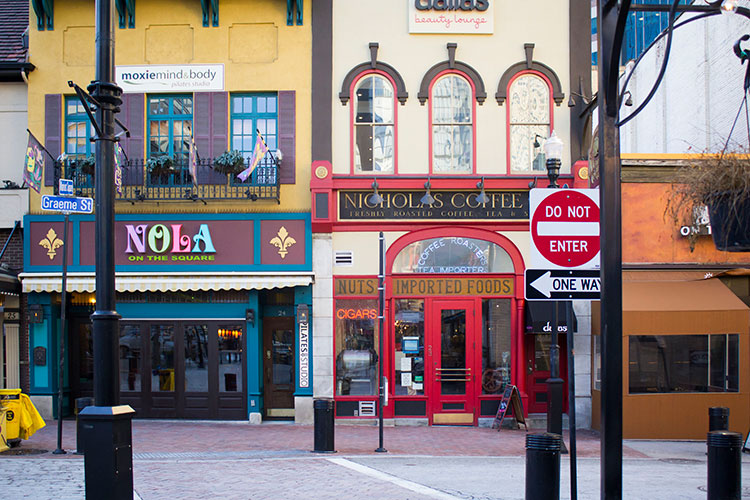 The Nicholas Coffee Company is featured in the book “Uncommon Grounds” by Mark Pendergrast.

This article appears in the February 2019 issue of Pittsburgh Magazine.
Categories: Then/Now