Previous winners of the scholarship have gone on to write award-winning novels, poetry and television shows. 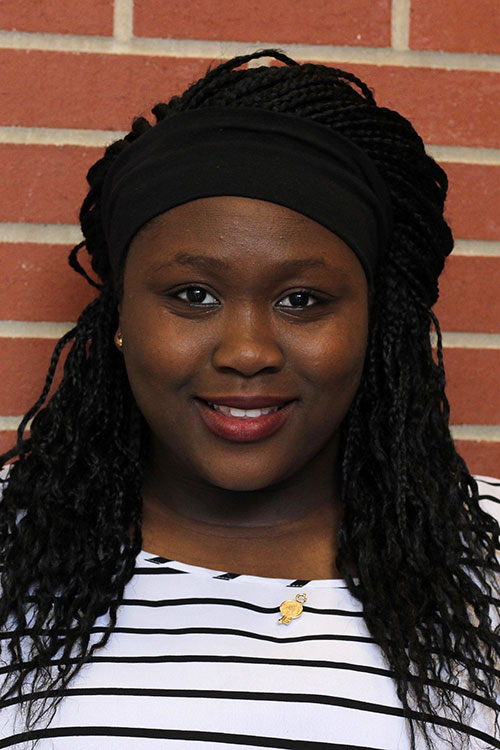 Zainab Adisa, a senior at Pittsburgh CAPA School, was awarded a $10,000 scholarship from the 2017 Scholastic Art & Writing Awards. She joins an elite group of past recipients of this award, including Truman Capote, Sylvia Plath and Lena Dunham.

The Scholastic Art & Writing Awards is the nation’s longest running and most prestigious scholarship program for creative teens. Students in grades 7 through 12 submitted more than 330,000 entries for this year’s competition. Adisa was one of 16 students named a national Gold Medal Portfolio recipient, which is the program’s highest honor and is only available to graduating seniors.

“What I enjoy most about writing poetry is the next level connection I feel when spilling my thoughts out onto the page,” Adisa told Scholastic. “There’s something about the genre that makes me feel like the world I’m has no boundaries. In poetry I am free to use rhythm, stanzas, line breaks, metaphors, etc. to create a world that helps me lay out my thoughts.”

Adisa submitted a writing portfolio of poetry titled “Who We’ve Become” that focuses on her personal experiences regarding race and ethnicity in America.

“Many times my words come from what I experience in everyday life, from social commentary to my culture, which leads to friends and families,” Adisa says. “There’s so much out there to explore so settling for just a few muses wouldn’t be fair.”

Also in June, she will be formally recognized during a ceremony at Carnegie Hall.

They say, that to make the th
sound you must put the tip of your
tongue against the tip
of your two front teeth.

The th sound does not come
automatically to me like it does to you.
I was not programmed nor manufactured
to be fluent in English and my grammar
leaves a bit to be desired.

Instead the placement of my tongue
when reading aloud is forced.
And when I'm alone I settle for the sound
of  f so it sounds something like
free instead of three.

I spent the first two years of primary education in esl.
As it turns out teeth are necessary
tools when picking up a new language,
losing one is hard enough but losing two
within a week is dire.

They play Simon Says and say point
To your teeth but you can’t when you don’t have any.

In third grade I only knew
compare and contrast.

My sister's math teacher once came to me
in the hall and asked me to pronounce
think:
I grew furious as it came out as fink.
"You're just like your sister," he said.

When my mother and I look back
at dusty school pictures she smiles with a deep chuckle
and commends me on the fact
that my two front teeth came in straight.

My mom says our dialect
does not know the th sound.
We do not know the slick way of the tongue
that winds and slithers like
the river back home.