The Moving Lives of Kids Mural Project is leaving visible reminders throughout the city on the need to end gun violence. 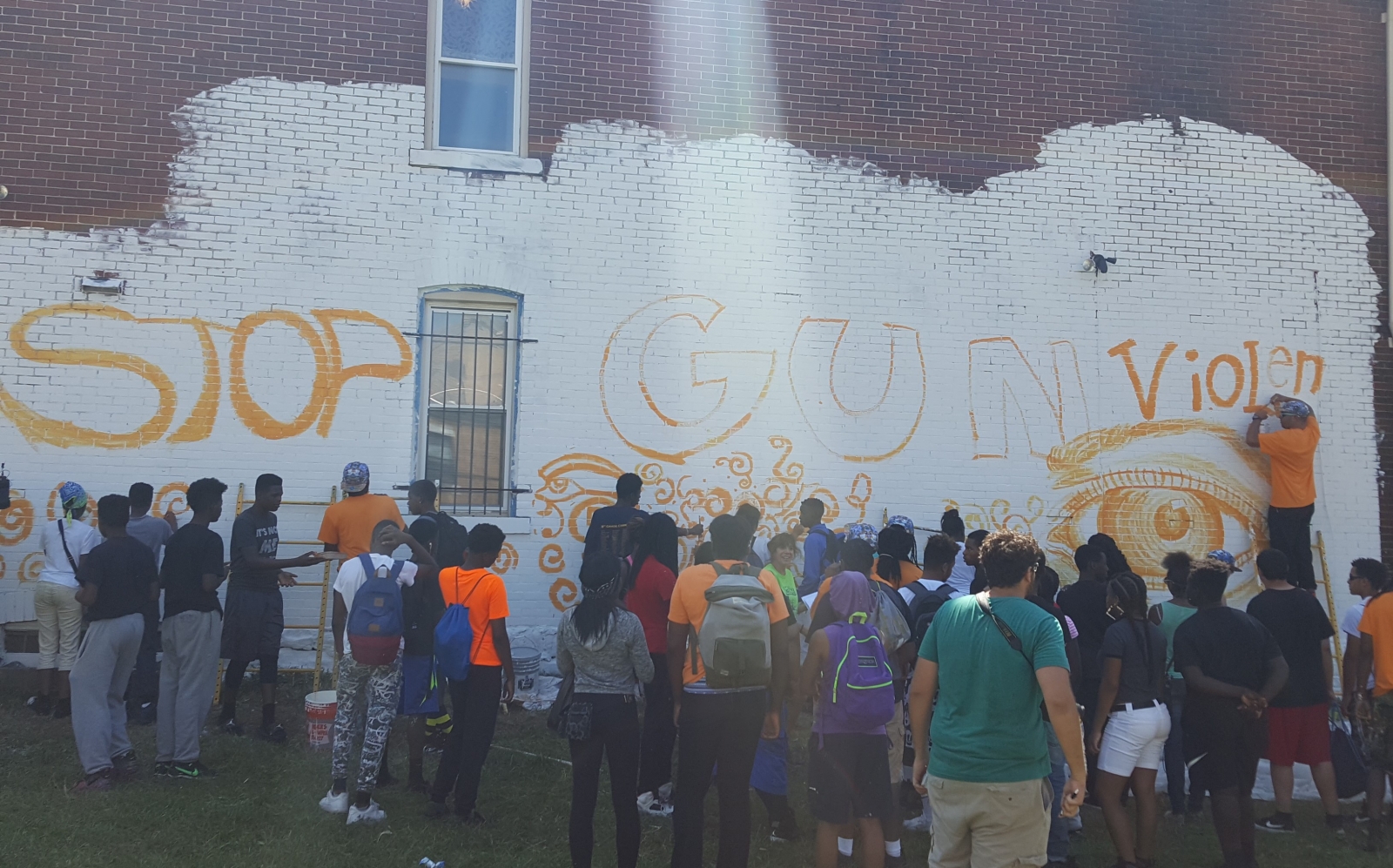 A group of Pittsburgh teenagers is using paintbrushes to deliver their message on gun violence.

The Moving Lives of Kids Mural Project (MLK) has been working recently in Homewood to paint an anti-gun violence mural at the corner of Homewood Avenue and Idlewild Street. The mural is one of 10 the group has painted across a number of Pittsburgh neighborhoods as part of their “Paint All Over Pittsburgh Project.”

“I think it is a wonderful thing our kids are doing for the community,” East Liberty resident Connie (Constance) Moore said, “[It] Shows our kids can come together during all this madness.” Moore also is the president and founder of two community outreach programs; the Fathers Who Care Foundation and Mothers with a Voice. 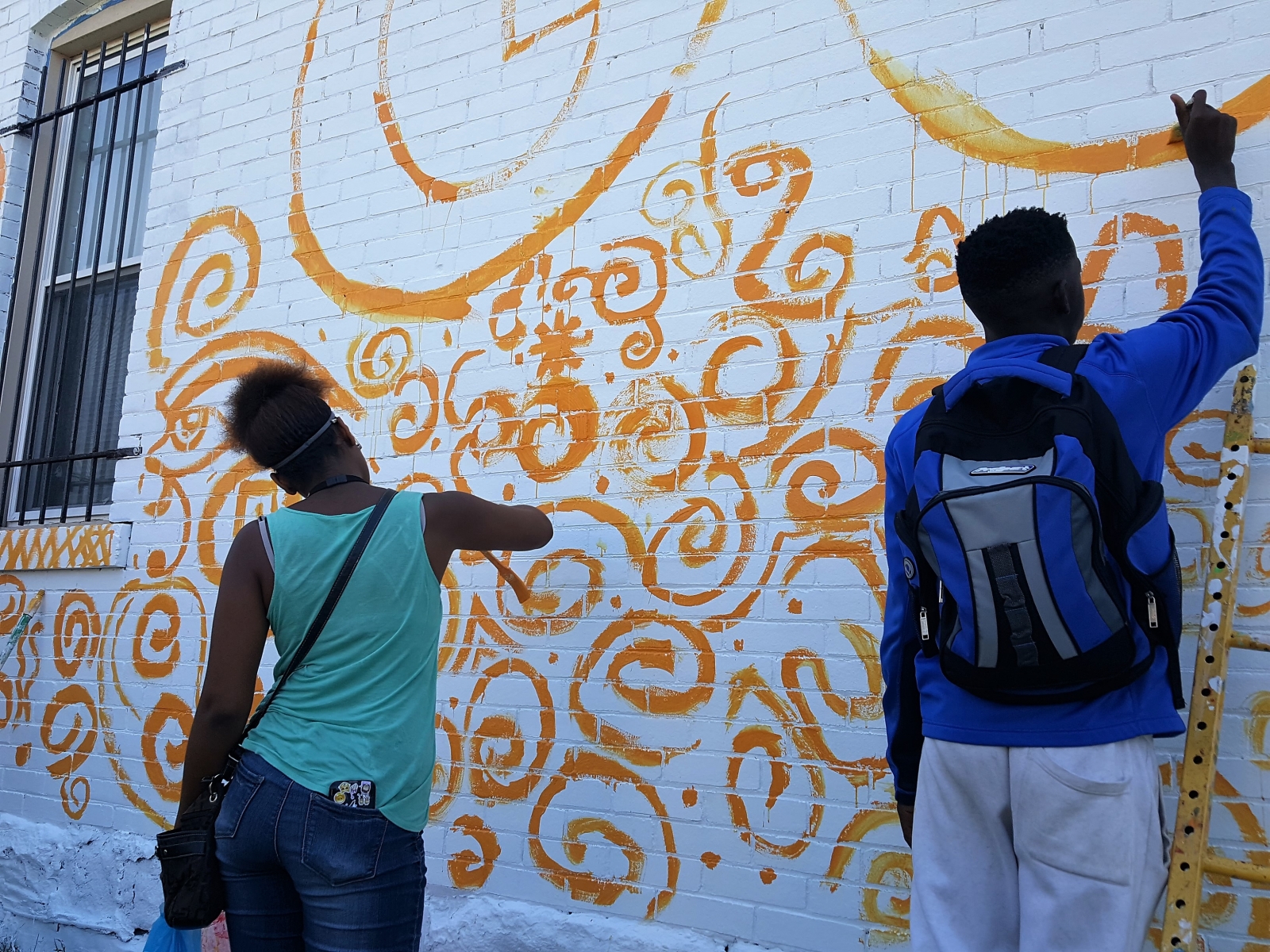 The Homewood mural features an undercoat of orange paint, the symbolic color for gun violence awareness.

“[I’m] Glad to see the community coming together to address the situations going on in the inner city, not just Pittsburgh [but] just all over,” said Pittsburgh Police detective Alphonso Sloan. Sloan is currently helping with MLK’s Graffiti Squad and says it's more important than ever for communities to work together to change the perception and actions of their neighborhoods.

“There something positive going on here and you go right around the corner and see all the negative things people are trying to address right here.” 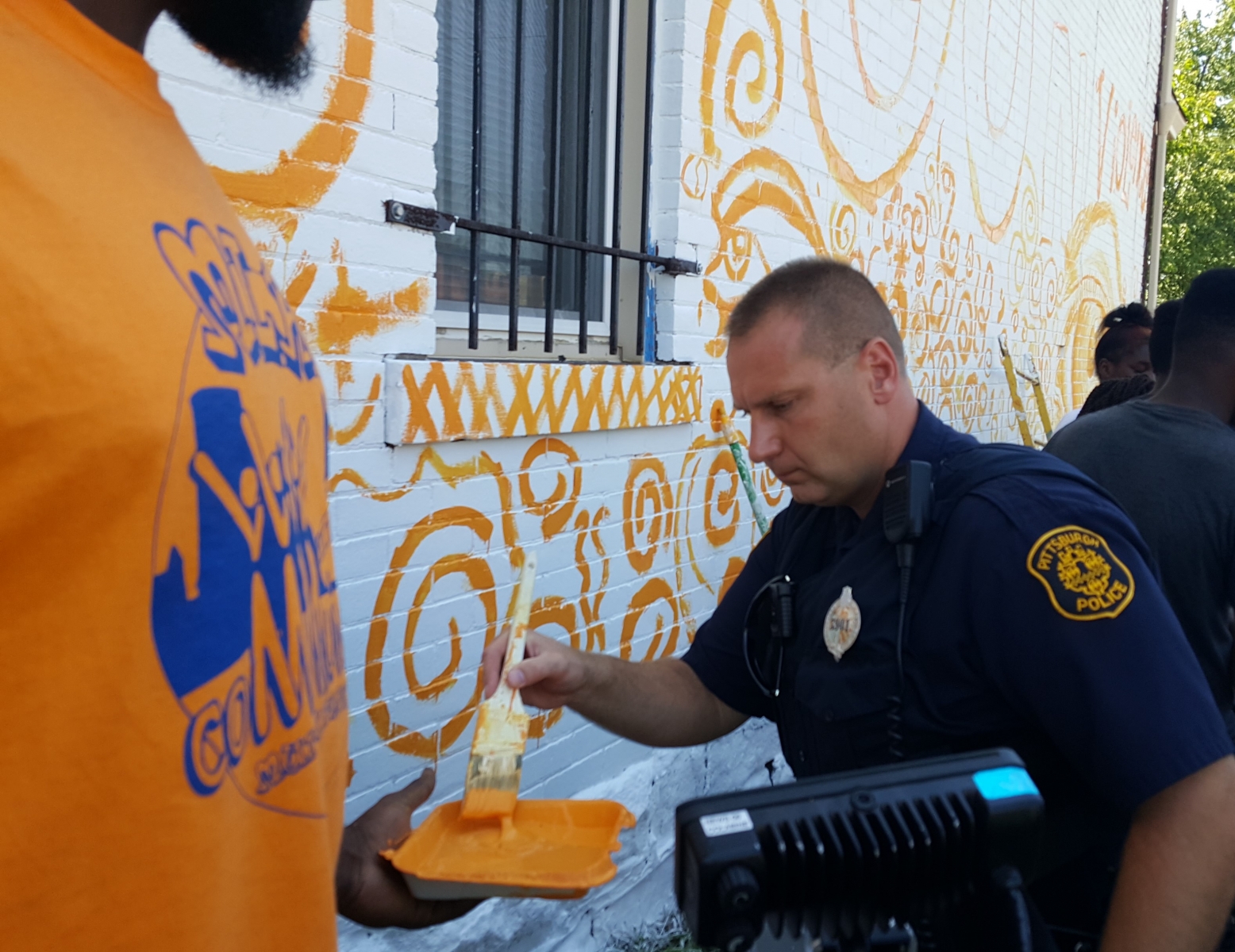 Many of the attendees are victims of gun violence including MLK Executive Artist, Kyle Holbrook, who has lost dozens of friends to violent crime.

“As artists our job is to draw attention to issues that are going on in the world. The reason we’re here is to make a unified voice. A unified voice to stop gun violence,” Holbrook said, his voice choking in emotion. “Our job as artists is to make a visual statement. Something people can remember.”

“[These kids] have painted some phenomenal murals. The kind that make you stop, pause and reflect on the violence,” Grayson said.

The mural is expected to be finished within the next few weeks.  Other MLK murals can be seen on Pittsburgh’s Northside and in Oakland, South Hills and Lawrenceville.