The beloved novel 'The Perks of Being a Wallflower' makes the leap to the cinema and makes our city look magical. 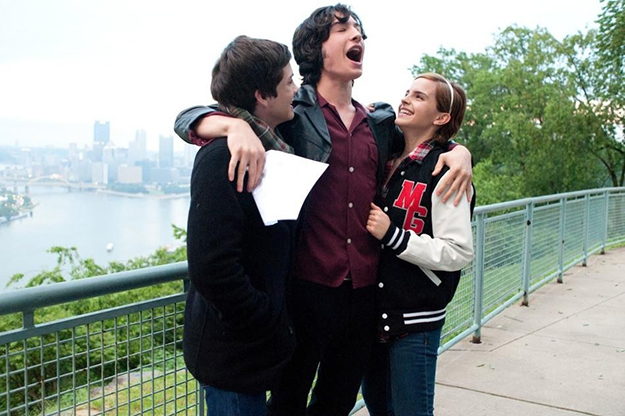 If you’ve put more than a year or two between yourself and high school, there will likely be a moment during the opening scenes of The Perks of Being a Wallflower that makes you stop and think.

What’s with this dialogue? You’ll have a mental disconnect at the way these characters, misfit teens in a suburban Allegheny County high school, talk to one another. They’re melodramatic, they’re intense, they’re cheesy. Almost everything they say sounds like they’re pouring their souls out. What gives?

Most movies with or about young people turn them into smaller versions of adults; precocious, hyper-intelligent, insightful and aloof. Hollywood, it would seem, thinks the teenage years are primarily defined by eye-rolling. But in the hands of Stephen Chbosky — the Upper St. Clair native who not only wrote and directed the big-screen Wallflower, but also wrote the book on which the film is based — these kids are real. Open, earnest, emotional and giddy, to be sure, but real.

Chbosky’s book, released in 1999 by (of all people) MTV, follows Charlie, an awkward freshman hoping to figure some things out as he enters high school. This is no by-the-numbers coming of age tale, though; Charlie’s dealing with the suicide of a friend, the tragic death of his aunt, and a brain that’s giving him much more trouble than it should. He meets a pack of rebels led by Patrick and his stepsister Sam, and finds himself — or at least a bit of himself. Even as he’s embraced wholeheartedly by the group, he can’t find any role to play but that of the mostly-silent observer; the rest of the clan, meanwhile, has problems of their own: Patrick is, seemingly, the only openly gay student at the school, and Sam can’t escape a series of bad relationships.

The book has been challenged consistently since its release, for the same reason any decent novel is challenged: it depicts the real world. Wallflower confronts drug use, the violent world faced by homosexual teens, domestic abuse, dating violence and half-a-dozen other hot-button topics. The objections raised by backward-looking parents only solidified the books’ reputation, however; on its release, it was reported that teens were not only devouring the book, but lending it repeatedly to friends and passing it on to siblings. (Having been 14 when the book was released, I can confirm this from experience; copies of the book were more ubiquitous in early-oughts backpacks than Discmans.)

Converting a beloved property like Wallflower to film is always perilous, with the risk of offending a legion of loyal fans a very real risk; who better to adapt the work, then, then the author himself. In the years since Wallflower’s release, Chbosky has transitioned into Hollywood, penning the script for the 2005 big-screen adaptation of Rent and creating the beloved television series “Jericho”; while the success of his projects has been mixed (Rent was a doomed project from the start, incompatible with film, and “Jericho” developed a fierce following but was poorly rated and quickly cancelled,) the experience more than equipped Chbosky to confront his own work.

His camera shows his clear love for his characters — which are brought to vivid and faithful life by a supremely talented cast. Emma Watson, successfully and permanently divorcing herself from her wizarding past, is enchanting and compelling as Sam; rising star Ezra Miller is utterly captivating as Patrick. Logan Lerman’s Charlie is less arresting than his compatriots; then again, that’s the character. A supporting cast led by Paul Rudd, Dylan McDermott and the hilarious Mae Whitman rounds out a very real world. 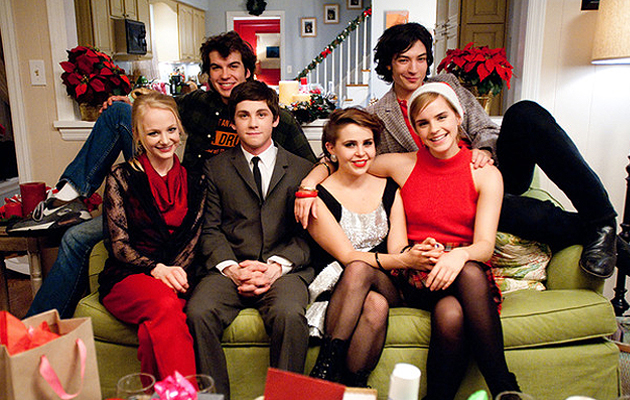 Oh, and speaking of that world: this is the most beautiful, touching and accurate big-screen representation that Pittsburgh has ever received. The settings of the Wallflower novel played a major role, from the Friday night lights of western Pennsylvania to midnight showings of The Rocky Horror Picture Show in Dormont. Fortunately, Chbosky knows exactly how to highlight the majesty and mystery of his hometown; Charlie and company frequently find themselves on Mount Washington and in other picturesque locales, making the city its own character. Seeing Wallflower on the big screen won’t just fill Pittsburghers with pride; it’ll make teenagers elsewhere in the country wish that they were growing up in the Steel City.

Civic pride, banned-book lists and realistic dialogue aside: The Perks of Being a Wallflower is one of the best movies of the year. It’s well-acted, lovingly made and constantly beautiful. The Dark Knight Rises may have been Pittsburgh’s most high-profile role in 2012; Wallflower will have to settle for simply being the best movie made here in recent memory.

As an aside — because that’s all the topic deserves — I should mention that I can’t find anything encouraging to say about another locally filmed project hitting theaters this weekend, Won’t Back Down. A strong cast, featuring Maggie Gyllenhaal, Viola Davis and Holly Hunter, created buzz during the filming of that project; since then, it’s been revealed that the “film” is actually a political statement funded by a radical group dedicated to the utter elimination of public schools.

Regardless of your politics, please be aware: Won’t Back Down unabashedly casts unions as villains, presents a skewed and wantonly manipulative version of the debate and employs every filmmaking-101 trick known to man to tug at the heartstrings in the pursuit of its goals. It is a work of propaganda, not an evening’s entertainment. And even if you agree or are open to its premises, you needn’t bother with Won’t Back Down; it’s a terrible film, by turns boring and patronizing.

And what’s worse, it goes out of its way to make Pittsburgh look bad. Apparently the filmmakers were expecting the Pittsburgh of about 1976 to have changed very little; on discovering a thriving city, they decided instead to film in every alley, blighted block and vacant lot in town. Wallflower makes Pittsburgh look magical; Won’t Back Down makes it look dead. Don’t even consider buying a ticket.