From coast to coast and continent to continent, these couples showed that absence really does make the heart grow fonder. 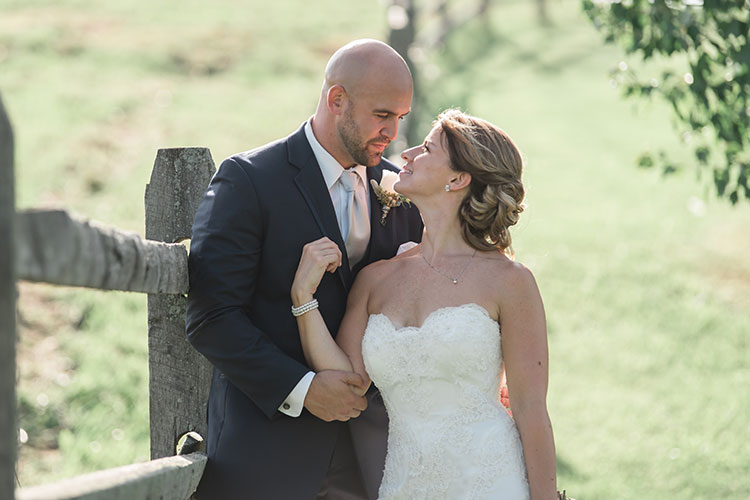 For a portion of the time Janessa Shearer and Tyler Unen were dating, the two lived on separate coasts.

Both are originally from Warren, Pa. and when Tyler, 30, moved to San Diego for his job, Janessa stayed behind in Pittsburgh. For almost two years, the couple had to fly across the country to see one another.

“We saw each other two to three times a year. Because a visit meant a full day of flying 3000-plus miles we usually made a point to have about a week together,” says Janessa, 29. “There weren't quick trips or spur-of-the-moment visits. And once we finally were together there was always that day that loomed where we knew our time together would be over for months again.” 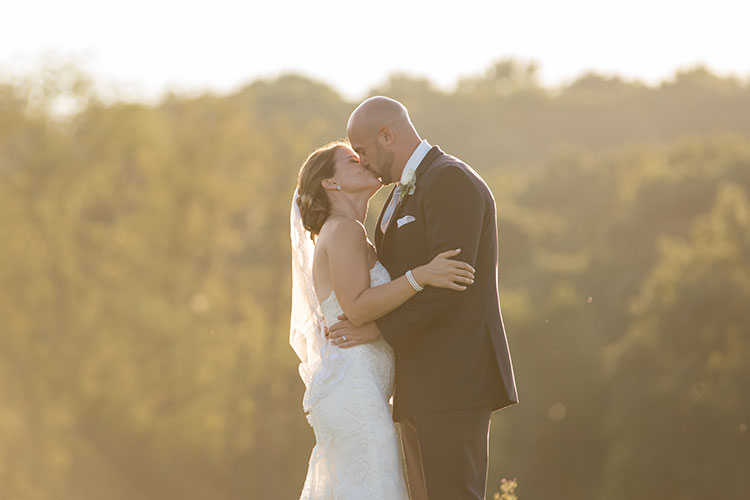 Tyler says that the couple made it work with “lots of FaceTime,” and Janessa adds that it made it easier to stay involved in each other’s day-to-day lives.

“Tyler and I knew pretty early on that we wanted to be together forever and once we were engaged it made it easier to persevere through the long times without seeing each other, or missing birthdays and holidays together. Knowing that ultimately we would be together in the same place meant that the difficult times were a temporary situation,” Janessa says. 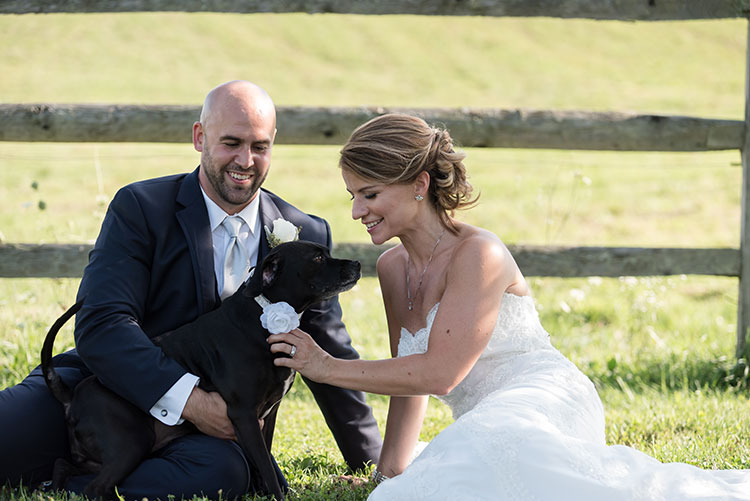 The long-distance aspect of their relationship came to an end on August 20, when they were married in a laid-back, fun ceremony that featured their dog as a flower girl and allowed everyone to be in one place before the couple moved to San Diego, where they now live. 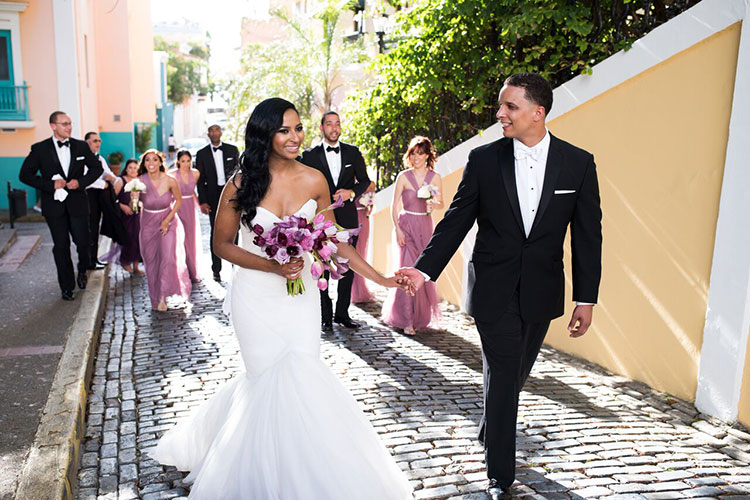 Camille Davidson and Lance Woods lead lives that have taken them around the world, and not always together.

When Lance, 30, was activated for a tour in Afghanistan, Camille studied abroad in South Africa and they only saw each other once during that time. When he returned, they both graduated and then Camille was off to study Swahili in Kenya for several months and then begin a two-year graduate program at Yale. Although Lance was not able to travel to Kenya, he moved to New Haven, Conn. with Camille for six months before moving to Williamsburg, Va. to attend William & Mary Law School.

“The train from New Haven to Williamsburg is long, but I would often reserve space in the sleeper car so that I could finish up my master’s thesis during the 9.5-hour ride. We would try to see each other at least once a month and of course during our holiday vacations,” says Camille, 28. 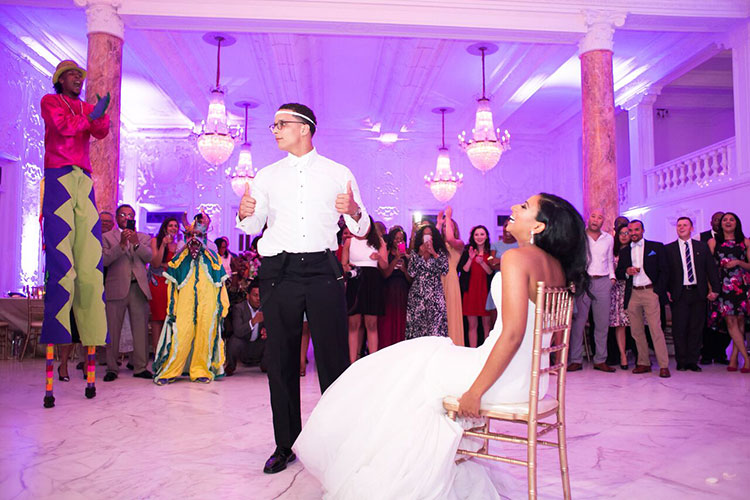 They moved back to Pittsburgh after their graduations, where they currently reside, and got married on March 4 in Old San Juan, Puerto Rico, a country where many members of Camille’s family still live. Their wedding highlighted Camille’s Puerto Rican roots and included a traditional cigar roller for the cocktail hour, stilt walkers and more.

Although they both admit that long distance wasn’t easy, they knew they would be able to make it work.

“It was always clear that Cam and I were on the same team. We’re far from perfect and like any other couple we have had our issues, but we’ve always supported each other and that helped to overcome any doubts,” Lance says.

To make their relationship work, the couple knew they had to make time for each other, and they used email, texting, phone calls and Skype to keep in touch even when they were on different continents with a four-and-a-half hour time difference.

“Long distant relationships are difficult, but they are doable. If done right, I believe long distant relationships can actually make your union stronger,” Camille says, while Lance adds that “Wanting it to work means sacrifice, compromise, and overcoming all of the issues that come with any relationship. Distance just makes it harder, but I truly believe if two people are interested in being together they will make it happen.” 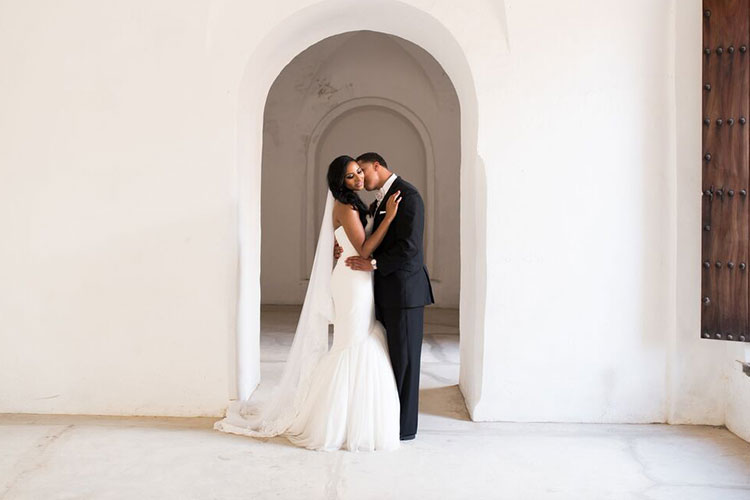