Li is returning to Boston to be with family members who are in declining health. 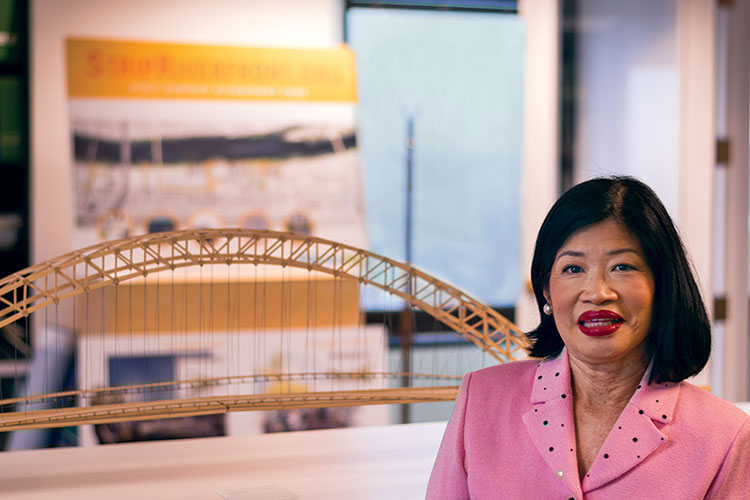 Riverlife President and CEO Vivien Li has left the Pittsburgh nonprofit organization after two and a half years. Her last day was Friday.

“Recently, several family and close friends outside of Pittsburgh have become seriously ill, which has forced me to rethink my priorities, including the balance between work and personal needs. I am reluctant to leave Pittsburgh but know that this is the right decision for me,” Li said in a statement released by Riverlife.

“We can all understand the pull of returning home, especially when there are loved ones in need,” said Margaret McCormick Barron, Riverlife board chair. “She has achieved remarkable success at Riverlife, including ushering forward long-awaited legislation to update Pittsburgh’s riverfront zoning, and we’re glad she is leaving on such a high note.”

Before coming to Pittsburgh, Li ran the Boston Harbor Association for 24 years. The group won accolades for working with public agencies and private developers to create 41 miles of the HarborWalk trail, featuring public art, restrooms, water taxi stops and cafes.

In Pittsburgh, she worked closely with the city’s planning department to overhaul riverfront zoning, moving from the old system of prioritizing industrial uses to a mix that encourages homes, offices and recreation along with industry. Li wanted to ensure that everyone — not just the wealthy — has access to the rivers.

Li also worked with Strip District property owners, developers and neighborhood groups on a plan for 20 blocks of riverfront public destinations and amenities between the David L. Lawrence Convention Center and the 31st Street Bridge.

“These two and a half years in Pittsburgh have been an extraordinary time both for the city’s riverfronts and for me personally,” said Li. “I am proud that the conversation around creating wonderful public amenities on Pittsburgh’s waterfronts has grown significantly.”

The Riverlife board appointed Pete Mendes as interim director, citing his 28 years of financial, governance and leadership experience for nonprofits in a period of transition.