A strange loophole has allowed mayoral candidates to take in unlimited contributions. Here's why that should make you mad. 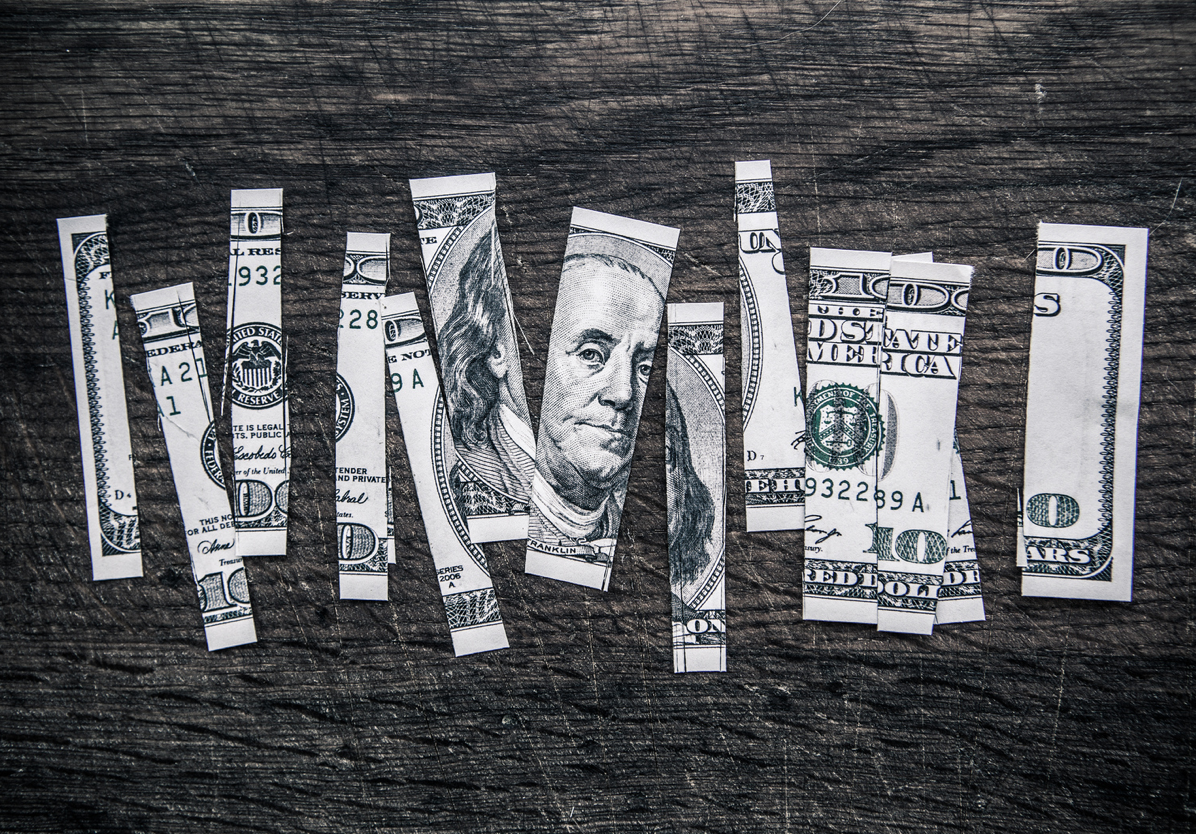 Then, chaos. Smoke everywhere. Which way is out?! Ladies in frilly hats elbowing each other in the stomachs. Shoving. Screaming. Pandemonium.

You can sit in a car for ten straight hours with a friend and talk about anything that pops into your head, and you can civilly disagree on any topic. Maybe you love "The Walking Dead," Andrea and all, but your friend thinks it's the stupidest thing on TV since "Joe Millionaire." You’ll agree to disagree and then share a bag of Cheetos.

But God forbid politics comes up. The windows will fog up with all the bluster and anger, and after 30 minutes you’ll wonder how you were ever friends to begin with. I mean, [insert political party]. How could they?! It’s akin to being a Flyers fan.

This is why I generally avoid writing about politics. I regularly compare it to flinging myself into an active volcano. Except the volcano is less burny.

You're going to want to hear this.

The easiest way to talk politics is in CliffsNotes form, so that's what we're going to do. Cheat our way to an understanding of what happened and why it's important. If you're ambitious, then you'll want to read Chris Potter's fantastic investigation of this whole mess. He's been following this story for months.

1. You know there are normally campaign spending limits and limits on donations to local political campaigns. For this reason, a Jeffrey Romoff or an Elsie Hillman* cannot just write a check for a million dollars to any candidate he or she wishes.

* (If you don't know who those people are, you need something even more basic than CliffsNotes. Maybe Pittsburgh For Dummies?)

There are very valid reasons for these types of limitations. It evens the playing field. It prevents wealthy donors from buying favor with future city leaders. It prevents corruption. It makes the election more about issues and leadership, and less about buying the office.

2. Prior to this week, the Pittsburgh mayoral election was limited by exactly those kinds of rules. One such rule, thanks to a 2009 ordinance, which Bill Peduto wrote, was that a candidate could not use money raised for one campaign to run for a different office. Therefore, if you raised a boatload of money running for governor of Pennsylvania, you couldn't then turn around and use that money to run for mayor, because different rules applied.

With me? Good. Take a sip of coffee and let's move on.

3. Bill Peduto alleged that both of his main rivals — Michael Lamb, Pittsburgh's controller who bowed out of the mayoral race, likely because of the police accounting fiasco, and Jack Wagner, Pennsylvania’s former auditor general — were both using money they raised for previous campaigns.

So he took them to court over it.

Still good? Take a bite of a Thin Mint.

4. Prior to this week, the most any person could donate to a mayoral candidate was $4,000. The most a political action committee could donate was $8,000. That's peanuts in terms of how much money politicians raise for their campaigns. Those limits really make the politicians work hard to raise enough money to mount a successful run for office.

The problem is that Wagner raised money for a state office, and Pennsylvania has no such limits on individual donations. So basically Wagner was using money to run for a local office that he raised using the more lax rules of running for a state office.

You good? How's the Tagalong?

This is about to get a bit more complicated, but you just keep reading and by the end, you'll go, "I GET IT NOW!"

5. In court on Wednesday, Jack Wagner's attorney made one argument, and then later another argument. His first argument he was hoping would work was that TECHNICALLY Wagner had followed the ordinance because the ordinance was so weakly written that there were more loopholes than an afghan, assuming an afghan has loopholes?

6. The judge, who agreed the ordinance was poorly written, still agreed with Peduto, despite the loopholes.

7. In his defense, Wagner's attorney did not want to present the argument he did next, because he knew what could happen. However, because the ruling pretty much meant that Wagner would be starting his campaign anew with roughly bubkes in his war chest, he was left with no choice. He made this argument …

8. This poorly written ordinance said this:

If a candidate for mayor donates more than $50,000 to himself and doesn't tell anyone he plans to do that, then the campaign rules outlined in the ordinance are thrown out and the entire campaign will now be conducted under state laws.

Guess who donated $52,000 to himself and then tried to give some of it back to himself because he didn't declare it? MICHAEL LAMB.


And guess what that technically means? All rules are out the window.

And guess what the state law says? Donations in any amount!

9. And the judge couldn't ignore that very valid argument in the face of that very clear language. So? NO RULES!

10. Why does this matter? There are a lot of reasons, but here's what worries me the most.

A wealthy donor with corporate connections can basically buy favor with the future mayor. Now, yes, in a state office, this is kind of normal. But at the local level, the implications are more immediate. Sure, it might cost the state money if the contract for office supplies goes to a company that bought connections, but really, it's not going to affect you all that much where the state’s Post-Its are coming from.

HOWEVER, shrink that favor-buying down to the mayoral election and you need to look no further than the Tri State Valet fiasco that has taken place in Market Square to understand how buying favor with politicians can affect you from day-to-day. Your car gets wrongfully towed from Market Square because Tri State Valet bought favor with Nate Harper and Luke Ravenstahl? That's basically it. Tri State Valet didn't bother following the rules because they didn't have to worry about being punished for it. And you suffer because … Wait. Dude, where's your car?!

Now multiply that. Contracts will be bought. Rules will be glossed over for larger donors. The mayor's hands could be proverbially tied on certain matters because he'll want to please the people who helped him buy the office. He OWES them, after all. Do you smell the hints of Luke Ravenstahl and UPMC?

Are you getting this? That even the smallest bit of corruption and favor-buying can actually hurt you?

Pittsburgh is clearly on the rise in almost every aspect that matters. We are a city that's thriving, growing, and changing for the better. Our roller coaster ride has been climbing gradually for years now, and corruption (however small) could be the thing that finally drags us back down the hill.

That's why, to me, campaign donation limitations are important for local offices. Because the buying of power and favor actually affects us from day-to-day. You might not realize it was political favor that got your car towed, or got your street plowed before everyone else's, or got your employer to not pay the taxes it actually owes to the city. But it could fester to the point that it actually becomes something you can see and feel.

What can you do?

Nothing, except to hold the candidates accountable. Vote for the candidate you think is least likely to be bought. And when that person takes office, hope that the newspapers and investigators keep an even closer eye on the mayor’s office than before, and hope they'll shine a bright light on even the tiniest hint of corruption.

Also, demand the ordinance be rewritten for the next election to eliminate the loopholes. Make this matter. Let the politicians know that you know, and that you care.

Pittsburgh will be fine, but it will be so on the backs of educated and engaged voters and sleuthing reporters — not the slumping shoulders of a politician weighed down by the burden of trying to please his largest donors.

This article appears in the April 2013 issue of PittGirl.
Categories: PittGirl