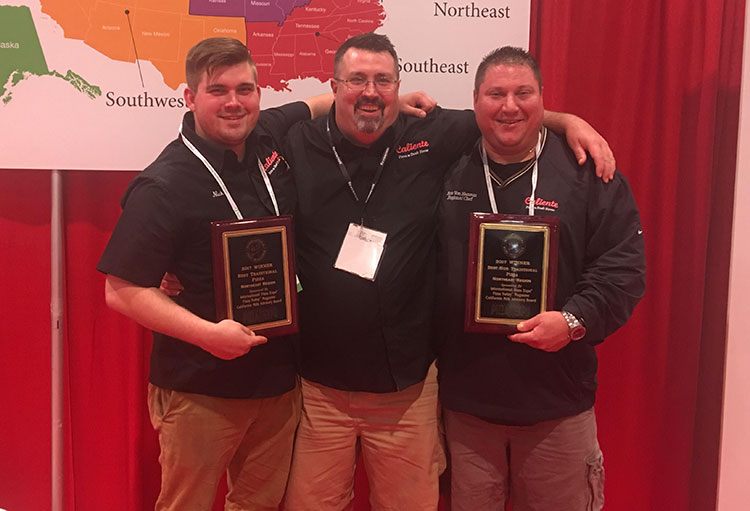 Three Caliente Pizza & Draft House chefs recently returned to Pittsburgh as award winners after competing in the International Pizza Expo in Las Vegas. The expo is a business-to-business trade show not open to the general public.

“I wanted to do something that would make it pop, something no one else in Pittsburgh, no one else in the world, was doing,” he told KDKA. “You can see here, the air bubbles [in the crust.] That’s what you want when you eat a pizza.”

This is the second year the Caliente chefs have won big at the Pizza Expo. Last year, von Hansen won first place in the competition’s Pan Pizza Division for his pie, “The Quack Attack,” which featured seared duck breast, roasted garlic butter and wild mushroom ragu.

Chef Nick Fink also brought home the championship title in this year’s Northeastern Division, but in the “traditional” category. His winning pie was topped with ten types of sausage and a cheese that stole the show.

“The ricotta’s a nice, creamy smooth cheese,” Fink says. “It doesn’t have the hit you in the face flavor that the mozzarella and provolone does.” 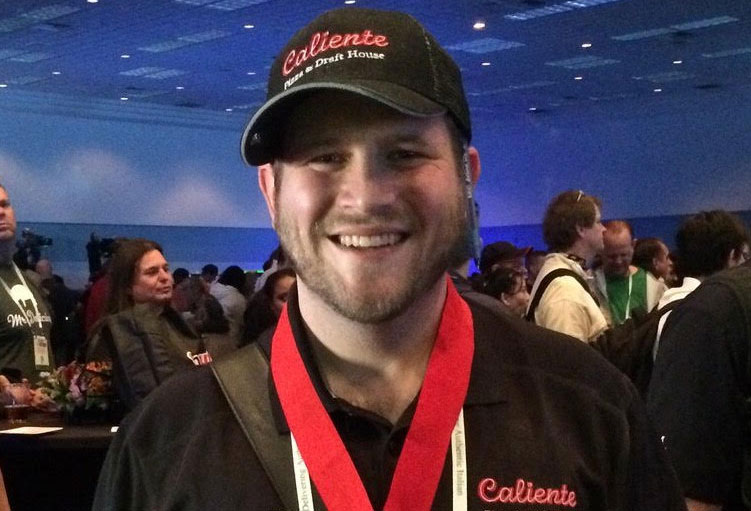 Thanks to Chef Matt Hickey (above), Caliente even came back from Vegas with a World Championship. Hickey claimed the world title after spinning 103 centimeters of dough.

“You kind of treat it very gently,” he says. “And you’ve got to pay attention to where it’s already thin.”

Caliente has locations in Bloomfield, Allison Park and Mount Lebanon.