In a year when youth-hockey participation is expected to increase, Pittsburgh Penguins players weigh in on the role of the hockey parent. 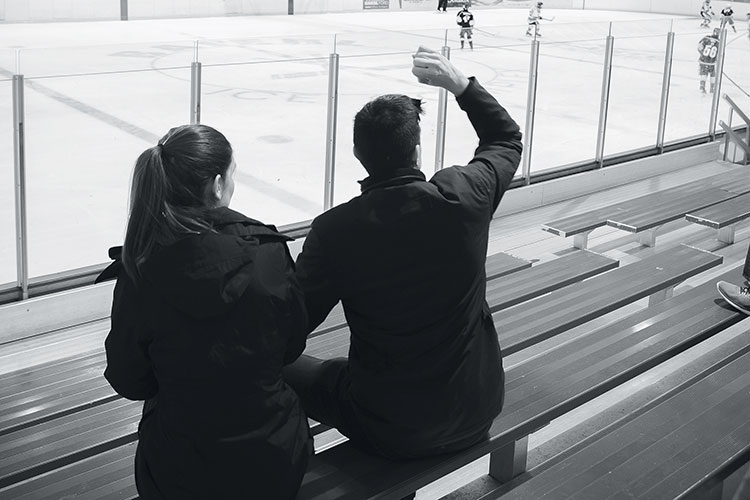 Matt Cullen’s Pittsburgh Penguins teammates have a nickname for the center: Dad. It’s an endearing and teasing nod to his age — 40 — but also a nickname rooted in his bond with his three hockey-playing boys. It runs in the family: Cullen’s father, Terry, coached high school hockey in Minnesota for years and regularly interacted with his players’ families, so Cullen has a multigenerational view of the entity known as the hockey parent.

“There are times when parents can get in the way, when you let your own competitive drive get in the way and you push the kids,” Cullen says. “You see it all the time, and you hear stories about it. It’s disappointing, but I would say the majority of hockey parents are good, supporting parents.”

While Cullen and Chris Kunitz are the only current Penguins players with children playing organized hockey, praise for parents’ support and sacrifice is widespread on the team. Their stories could serve as a primer for local hockey parents, whose numbers almost certainly are on the rise this year.

When the Penguins win the Stanley Cup, local youth participation in the sport increases by more than 10 percent, according to governing body USA Hockey. Although registration numbers in the wake of the team’s 2016 Cup win won’t be tabulated until later this spring, there already were more than 10,000 western Pennsylvania youth players.
That’s a lot of mothers and fathers learning to be hockey parents. 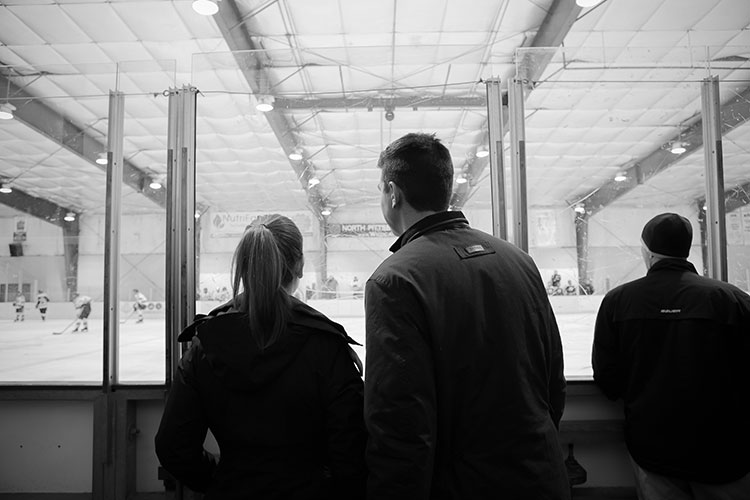 Cullen favors a simple approach, one his father took with him — and one he takes with Brooks, 10, Wyatt, 8, and Joey, 6.

“[My dad] always found time to spend [with me] working on things, and we’d do pushups together. As a kid, that meant a lot,” Cullen says. “Now, with the perspective I have as a father, it’s a good opportunity to spend that extra time with your kids.”

Matt Murray, the rookie goaltender who helped the Penguins win the ’16 Cup, grew up in Thunder Bay, Ontario. His parents weren’t well-schooled in hockey. They supported him, including footing the high cost of goalie equipment, but otherwise “sort of stayed in the background,” Murray says. He grew to appreciate that when he saw the behavior of a few overzealous parents.

​Kunitz grew up in Regina, Saskatchewan, where hockey is a huge part of people’s lives. “You remember the parent [who] was the loudest, but not in a good way,” he says. “You look back now and see how hard they were on their son or their daughter. It’s unfortunate because, at that time, they were good players. Those kids seemed to fizzle out when they were old enough to have a little more independence.”

He tries to emulate his own parents in the way he raises Zach, 7. “I was fortunate to have parents who sat in the corners,” Kunitz says. “They talked to me about games, but they weren’t yelling over everybody at the arena.”

Sidney Crosby, generally considered the best player of his generation, for years has offered immense credit to his parents for their support and demeanor. Growing up in Cole Harbour, Nova Scotia, Crosby would dissect games with his father, Troy, but not in harsh tones.

“I think the message has to be more about working hard — and what you’re learning,” Crosby says. 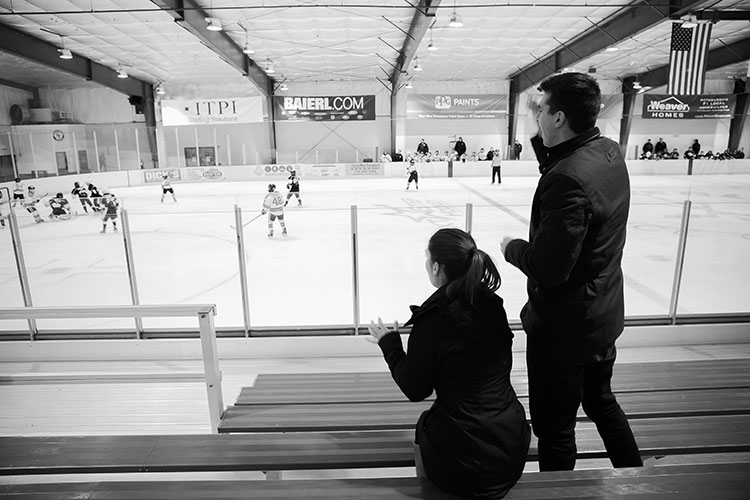 The Ride Home (theridehome.ca) is an initiative by Canada’s True Sport Foundation that aims to help parents maximize their children’s enjoyment of and benefit from sports. It features a video illustrating a father belittling his son after a practice and draws a link between that behavior and children dropping out of sports.

According to a couple of European-born Penguins, the importance of hockey-parent behavior crosses oceans and cultures.

​Olli Maatta, from hockey-loving Finland, says parents Tiina and Jari scheduled everything — including family vacations — around their three sons’ hockey and soccer commitments.

Tom Kuhnhackl is part of what could be considered Germany’s first family of hockey. That’s akin to being from America’s first family of cricket; hockey isn’t that big in Germany. Still, Kuhnhackl’s father, Erich, played in the Olympics, was named the country’s top hockey player of the 20th century and is a member of the International Ice Hockey Federation Hall of Fame.

With Erich’s blessing, Tom tried several sports but couldn’t shake the hockey bug. His father taped his games but held viewing sessions and offered advice only if Tom sought it.
A lot of the expected increase in local hockey participation is likely to be at the youngest levels — the UPMC Lemieux Sports Complex, the Penguins practice rink, has seen a 20 percent rise this winter in enrollment in learn-to-skate and learn-to-play programs. Cullen cautions parents to refrain from dreaming too big.

“There’s a lot to be learned from playing sports — teamwork and discipline and hard work. If you go into it with those being your No. 1 goals,” he says, young players should flourish — rather than setting a target of “making it to the NHL as a 6-year-old.

“I think it’s about keeping it in perspective.”

This article appears in the March 2017 issue of Pittsburgh Magazine.
Categories: From the Magazine, Hot Reads, Sports